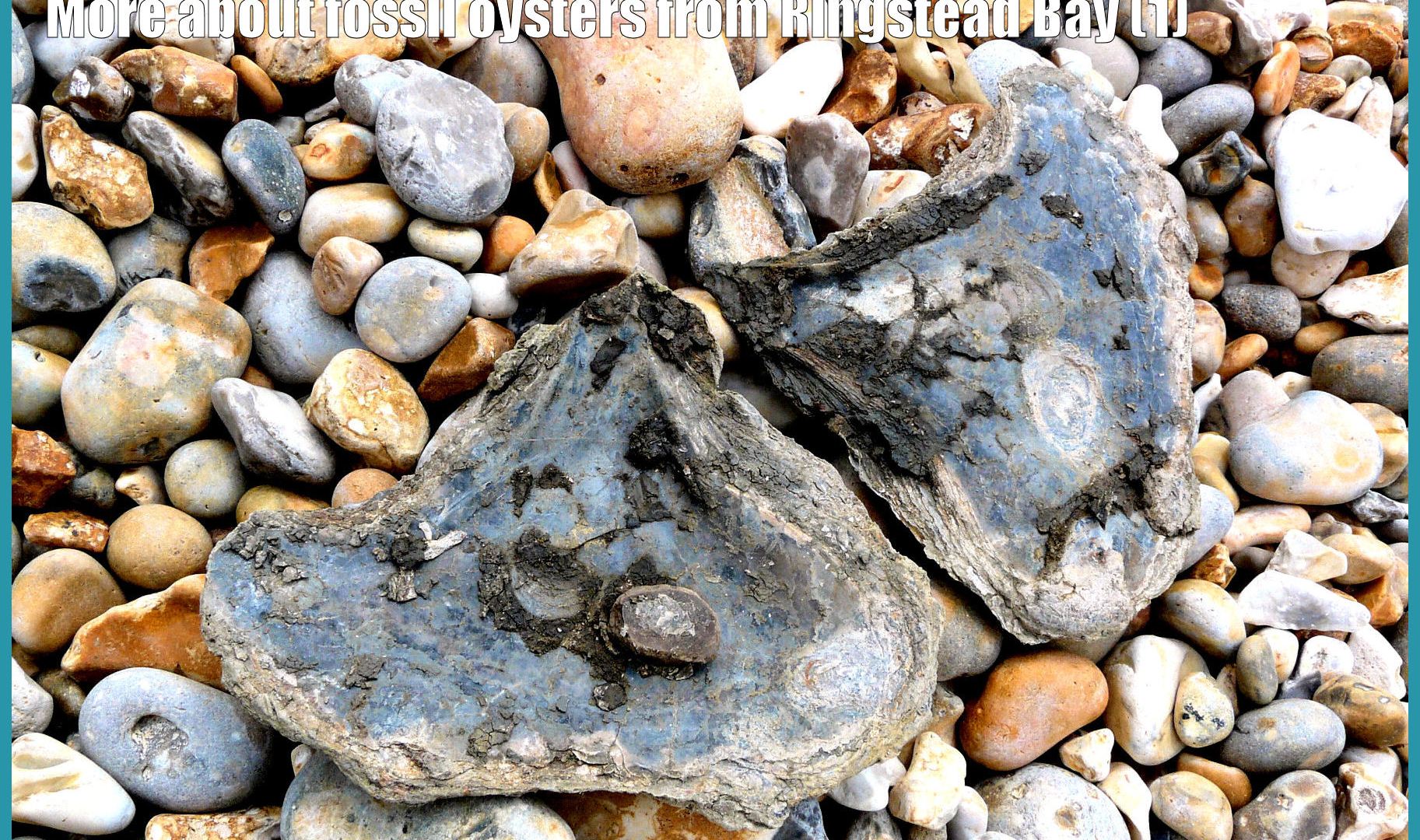 At the back of my mind, a little problem has been niggling me for some time without me realising it. Let me explain. I’ve looked at oyster shells a lot: both modern and ancient. By ancient I mean up to two or three thousand years old. All these shells of the bivalve mollusc called the European Flat Oyster, Ostrea edulis Linnaeus have in common that one valve (or shell) is flat and one valve is sort of saucer- or cup-shaped. The space between the right and left, or upper and lower, shells in the living animal is occupied by the body of the creature.

The shape and size of shells in all species of oyster are extremely variable. This has a lot to do with the specific local environment in which they are growing and the growth stage. Sometimes the oyster has a large cavity and a lot of meat and sometimes a small cavity which would have contained very little meat. However, they always have a cavity contained between the two valves – otherwise where would the animal be?

Now here’s the problem. The fossil oyster valves (Deltoidium or Liostrea delta) at Ringstead Bay are  always both perfectly flat. Right and left valves, upper or lower shells, whatever you want to call them, they are both the same shape. It might be argued that the shells picked up on the beach are all right flat valves from different individuals. But, no. Paired valves often protrude from the clay and are easily extracted. They are definitely the two shells belonging to the same individual oyster. The outline shapes of oysters are so variable that no two oysters would be an absolutely identical shape. So, two valves found stuck together in situ in the original burial sediments, with the identical outline shape and size have to be from the same individual animal.

A couple of weeks ago at Ringstead I found a complete oyster fossil, intact with both valves, embedded in the clay sediments at the head of the beach. There was something special about this particular fossil oyster. I gently pulled it out of the clay and used a knife to carefully separate the two halves of the shell. This would have been the first time in over 145 million years that the light of day had touched the inside of that shell. There was something inside it!

The top photograph in this post shows the opened fossil oyster laid out on the beach pebbles. As I took that shot I had no idea what I was really looking at. The shell was dirty. It looked as if the roughly rounded object inside was embedded in the inner surface of the shell – that the shell of both valves had grown around it. I wildly thought that this object might even be some sort of giant pearl!

The picture above shows the pair of oyster shells together, one on top of the other. The species has a typically almost triangular outline. I took the shell home with me and washed it.  I could then see the details more clearly. I am still not certain what had been going on with this fossil but it looks to me as though a rounded pebble became trapped between the two gaping valves of the oyster prior to burial in the Jurassic period. This could have happened in the living oyster but is more likely to have happened after death. Today, oyster fishermen call these empty oyster shells, that are still joined together by the ligament, “clocks”.

The top and bottom surfaces of the “pebble” are flattened but the sides are still curved and round. Of course, this is evidence for what I should already have guessed – that the oyster shells and the pebble within them had been subjected to enormous pressures from the overlying strata. Being embeded in soft clay rather than hard rock offered no protection to the oyster. The shell itself does not appear to have been hardened by mineralisation which would have enabled some resilience under pressure. The weight of the rocks above had compressed the relatively thin shells to a greater extent than the pebble within. The shells were therefore moulded around the pebble and both valves flattened into a uniform shape eliminating the central cavity.

Looking again at the fossil, it is possible to see on the outer surface the numerous cracks and fractures caused by the pressure it withstood. The impression of the enclosed pebble is also visible externally. Of course, an expert might be able to tell me something different ….and it’s a pity the mystery object isn’t a giant pearl!

Fossil oysters from Ringstead were previously discussed in the blog posting on 26th March 2009. 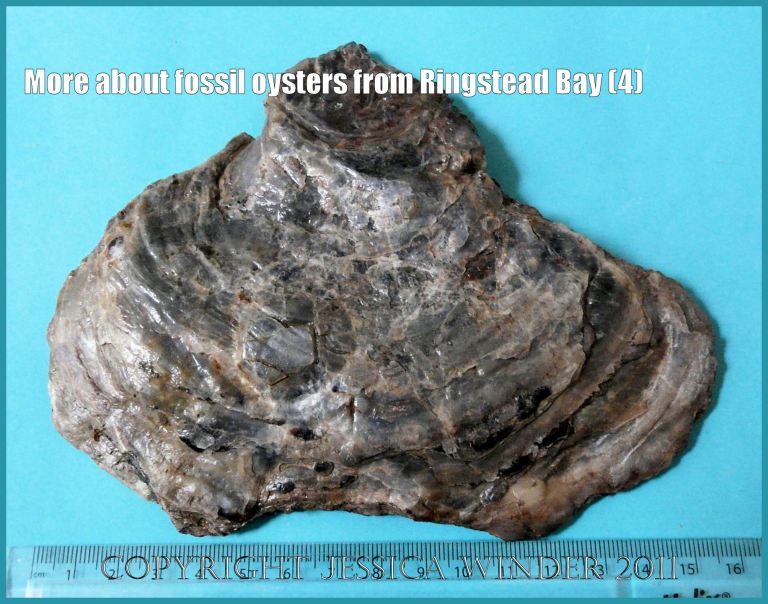 24 Replies to “More about fossil oysters from Ringstead Bay”