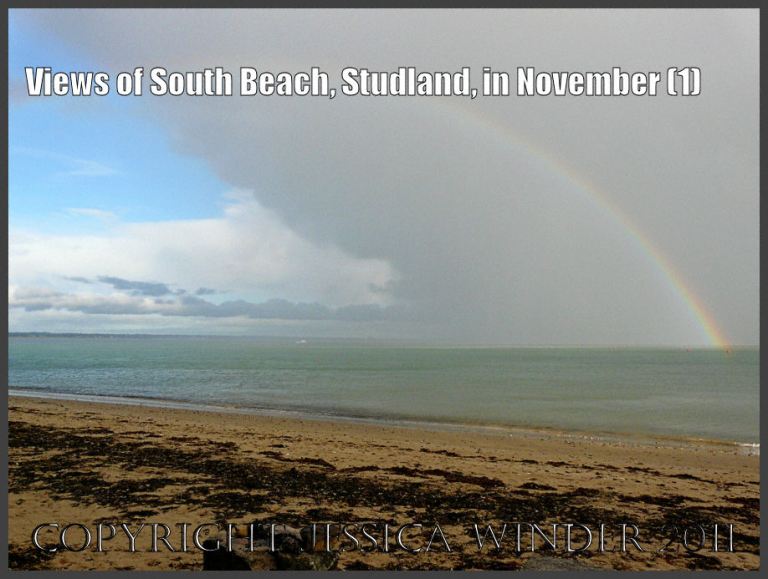 Even on a bleak, late November afternoon, Studland Bay is magnificent. Each part of Studland has a really different character. As black clouds and heavy rain passed over South Beach last week, the dramatic dark sky temporarily opened to allow passage of a shaft of  sunlight. Dodging the raindrops, and with much wiping of the lens, I managed to get a shot of the wonderful rainbow that formed far out on the horizon and arched right over the bay. The rainbow’s end was on Knoll Beach where it illuminated the great long golden strip of sandy beach and dunes. 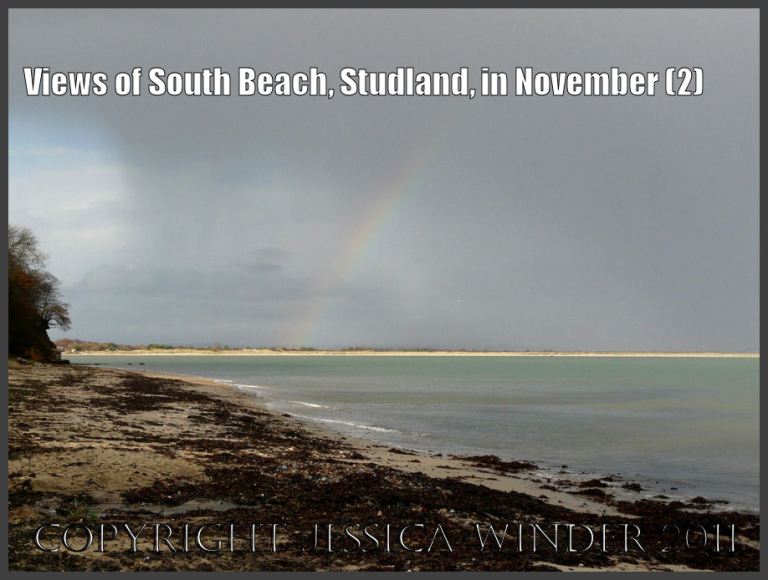 The yellow sands of South Beach itself were partly obscured by fallen sweet chestnut leaves from the trees topping the low cliff. The amazing red and yellow sandstone rocks of the cliffs brightened this beach even though it remained in the cloud and the rain.

The cliff face has thousands of small holes which are the entrances to burrows excavated in the warmer months by miner bees for their eggs. In the winter, these tunnels seem to be occupied by spiders that festoon them with cobwebs.

In stark contrast to the remarkable natural features of South Beach, is a remnant from World War II. A concrete ‘pill box’ fortification leans tipsily seawards right on the promontory which is the junction of South Beach with Middle Beach. I imagine that it may have once stood on the top of the cliff because the rock is soft and continually eroding back. I’ll have to look into the history of it. 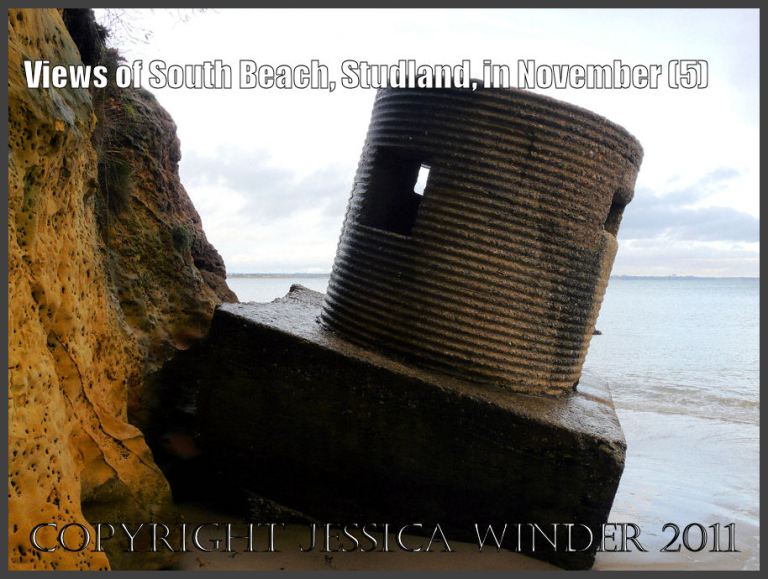 The cliff colours vary along the length of South Beach and the rock strata show interesting layers, patterns, sculpturing and cross-bedding. The soft sediments have attracted generation after generation of rock carvers.

Picturesque old-fashioned beach huts nestle at the base of the cliff amongst the trees; boarded up against the winter elements now – the same as the little wooden cafe. Small boats have been hauled high up the shore – hopefully safe from being washed away with high tides. 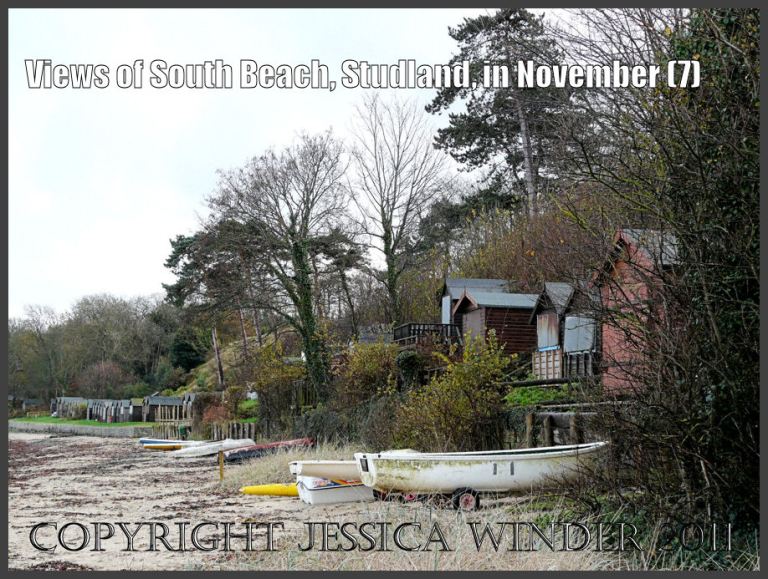 The beach itself was strewn with mostly red seaweeds and individual heaps of flint pebbles washed up by stormy seas. Blackened strands were scattered everywhere from the underwater eel grass beds just offshore – home to rare species.

7 Replies to “Views of South Beach, Studland, in November”