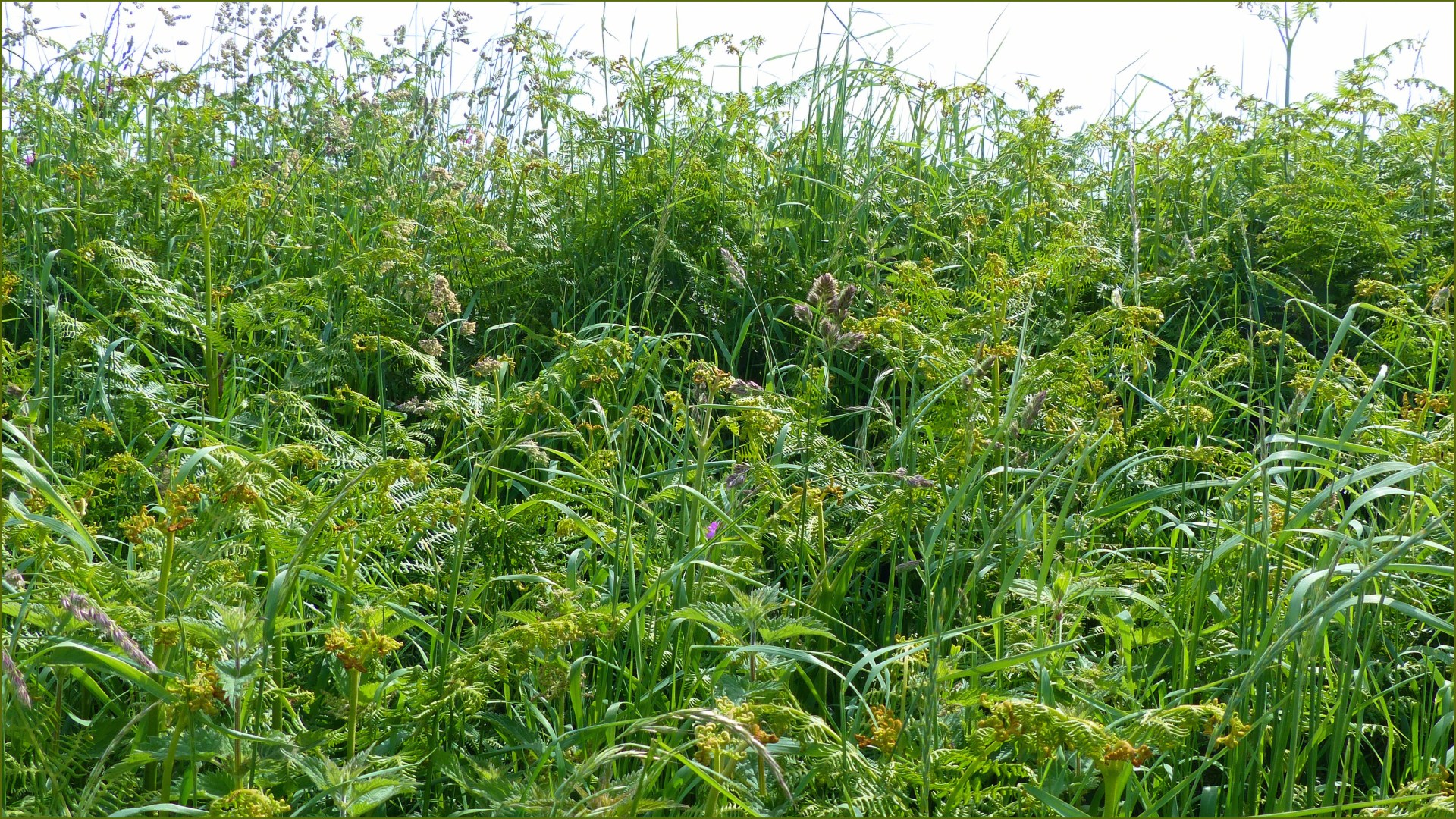 Meadows 4 – Picture from the old medieval field strip system called The Vile on the cliff top at Rhossili, Gower, South Wales, where the fields are separated by vegetated earthen embankments. Each field has a different combination of wild flowering plants and grasses that have been deliberated seeded as hay meadows by National Trust Gower. These meadows replace the sunflower fields of a few years ago. The National Trust have a special interest in meadows and their conservation in the UK. In their article about the meadows at Kedleston Hall near Derby, for example, they say that meadows have become one of the rarest habitats in Britain because of changes in farming practices since the beginning of the 20th century:

A lot has changed in the last 100 years. The English landscapes of the past have been lost due to the transformation of agricultural methods. Hay produced from summer meadows, rich in a wide range of wildflowers, used to be one of the key sources of winter forage for farm animals. The widespread switch to silage making in the 1960s has meant a vast reduction in the area of hay meadows nationally and the loss of habitat for birds like the curlew and lapwing and a host of insects.

In the image above, of one of the vegetated embankments, it is new growth of bracken (which was probably already growing there) that dominates amongst the grass. I liked the way the tips of the fronds were unfurling from their tight knots. 17 June 2021. (Click on pictures to enlarge).

Almost forgot to say that today is National Meadows Day and here is a link showing something that is happening in my nearby town of Dorchester.