These intriguing star-shaped or sun-shaped patterns found in boulders on the beach at Lyme Regis in Dorset are not fossils. At first glance, the distinct and clear designs look very much as if they would be. They are found in rounded boulders 60 – 90 cm across and are similar in size to the many large fossil ammonites that lie embedded in rocks all over the shore.

I thought when I originally discovered some, many years ago, that they looked like giant fossil starfish or jellyfish but knew that was impossible. The dark, roughly textured, radiating and circular lines of each pattern contrast with the smoother, paler rock in which they occur. The details of the patterns are different in each example. The patterns only seem to occur in slightly flattened boulders with an approximately rounded outline.

The patterns occur naturally in the boulders as a result of a geological process that I admit I do not fully understand. As far as I can make out, these sunstar-patterned boulders are calcareous concretions called Birchi Nodules that have fallen from strata high in the cliff that backs onto the seashore. They originate in a layer called the Birchi Nodular Bed on top of the stratum known as Shales-with-Beef. They are encased by a fibrous type of calcite known as ‘beef’. It is the ‘beef’ that forms the patterns in the outer layer of the nodule. The rocks date from the Lower Sinemurian of the Lower Lias in the Jurassic Period of about 190 to 200 million years ago.

To learn more about Birchi Nodules and Shales-with-Beef, I recommend that you refer to Lyme Regis – East to Charmouth, from Geology of the Wessex Coast of Southern England by Ian West, which is an extensive discussion of the geology of Lyme Regis in an on-line guide. This internet site is a virtual mine of local geological information to a fairly high level of complexity, with extensive referencing and illustration with photographs, diagrams, and maps both ancient and modern. 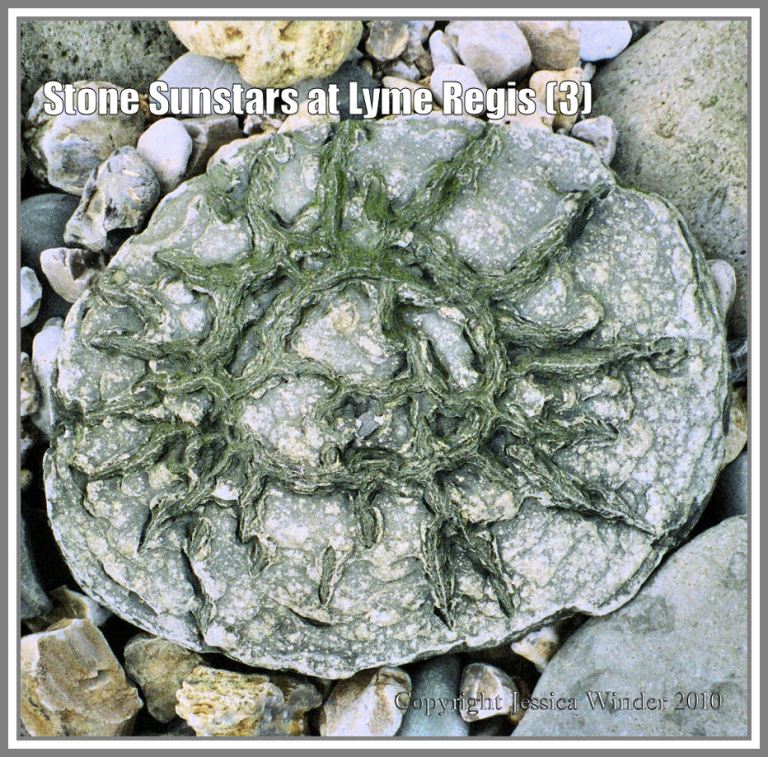 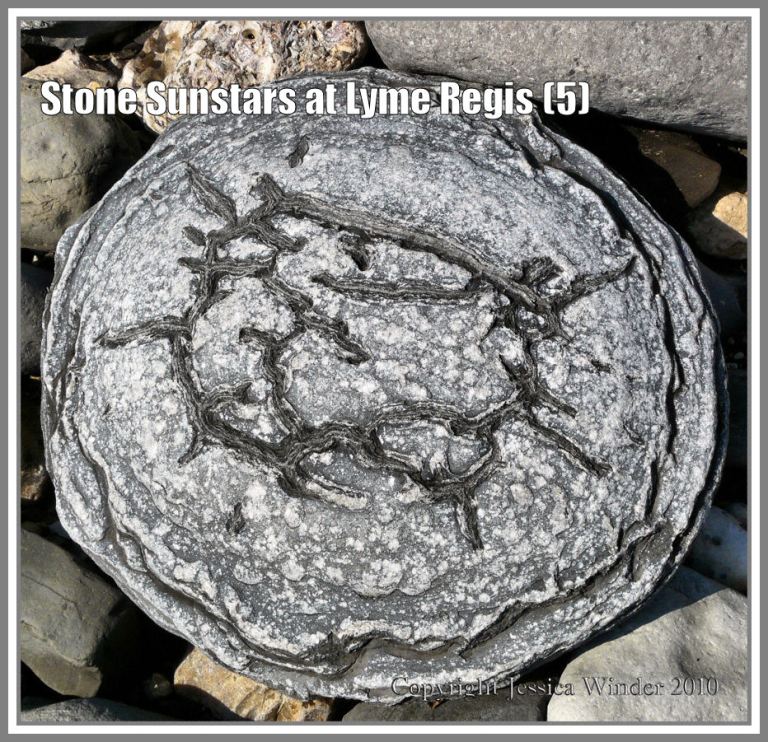 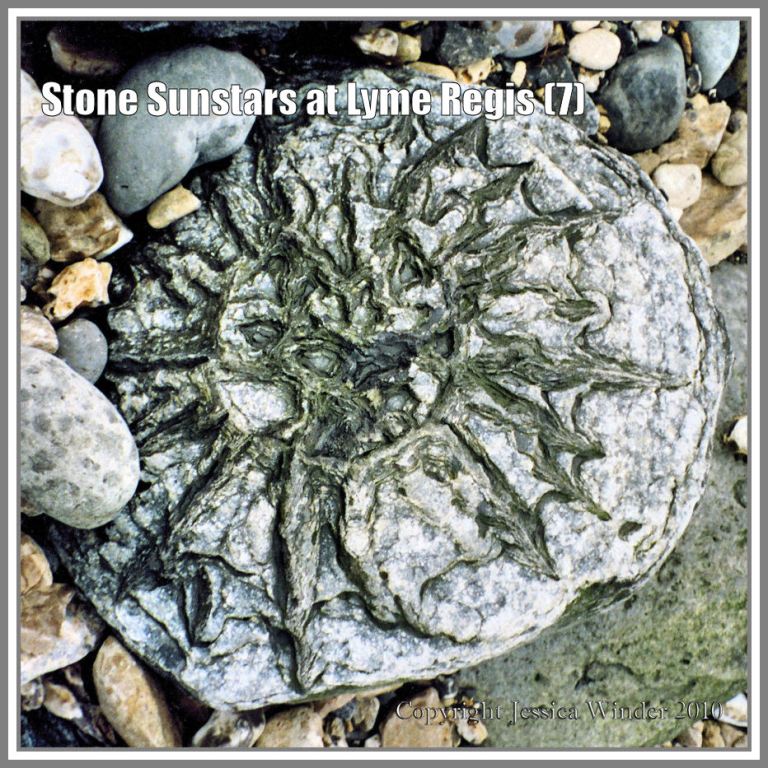