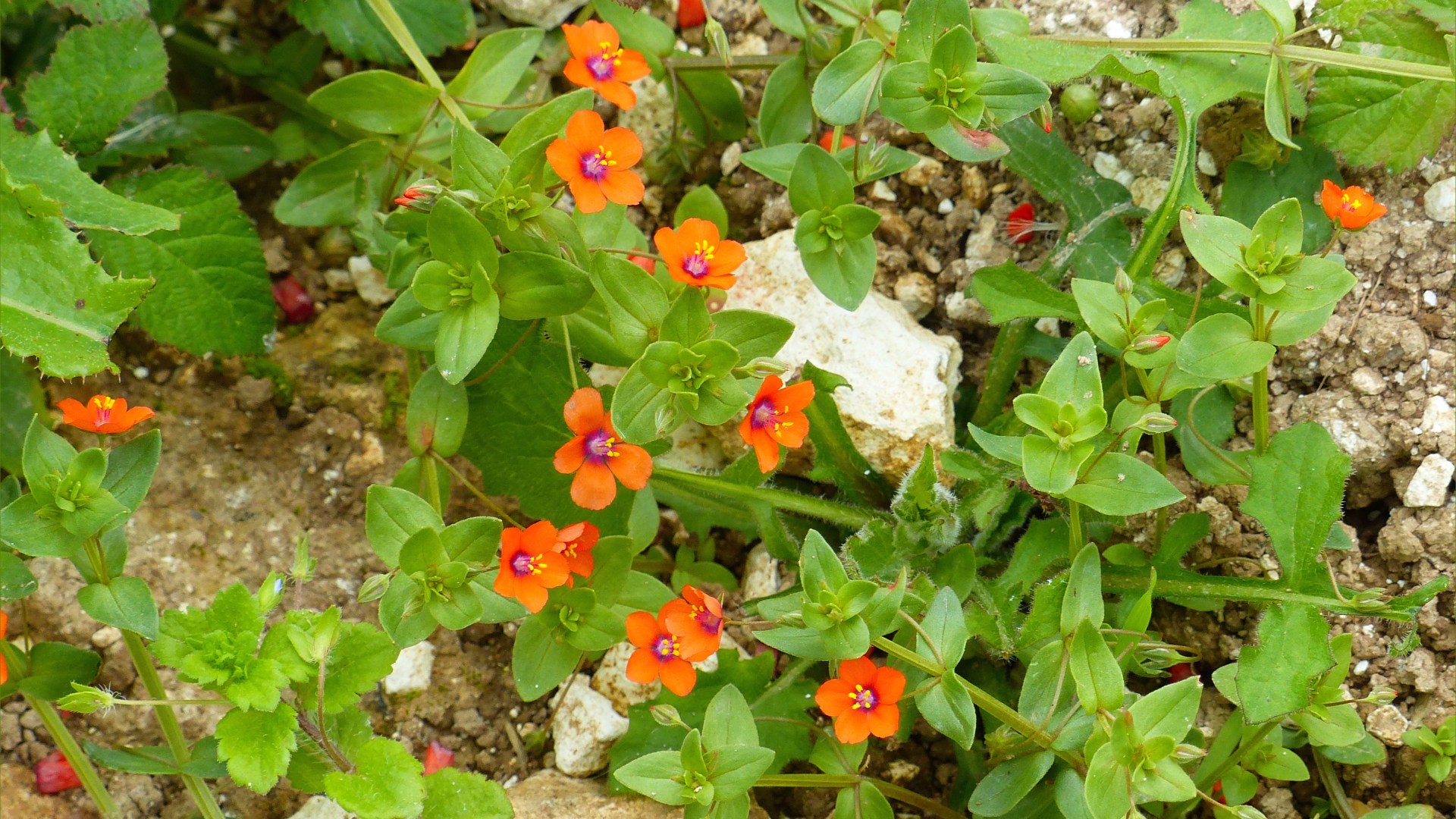 The Scarlet Pimpernel is one of those beautiful little wild flowers which seem utterly familiar, and makes me think of early childhood days and spending long hours out of doors in the garden. In a way, it is surprising that there were any weeds at all in our garden because Dad was out every day hoeing the soil to prevent anything establishing itself among the rows of vegetables and fruit bushes. Control was the name of the game. But we lived next to an open field, and intruders were bound to come in despite his control measures. Scarlet Pimpernel has dainty and colourful flowers which in reality are usually a pinkish orange but with a darker red centre (the petals can even be blue). Seeing these tiny flowers scrambling over the bare chalky soil in Charlton Down fields somehow makes me feel the same way that I did as a child discovering the natural world in a way that was mixed with fantasy and dreams.

I have previously featured this information on my other blog, so my apologies to those readers who follow both blogs.