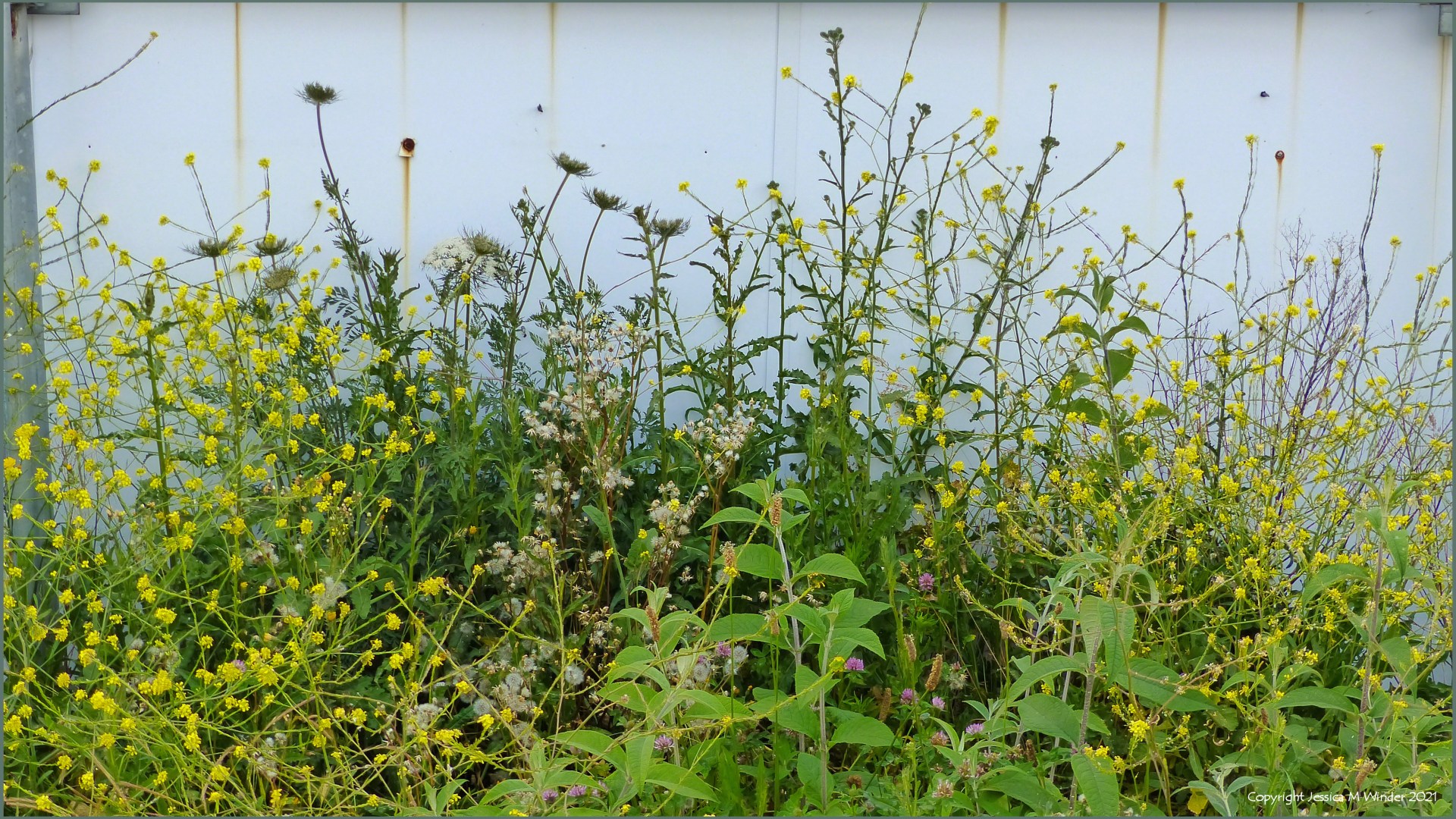 Wasteland 8 – Eighth in a series of pictures of vegetation apparently growing naturally on wasteland and contributing to the biodiversity of the habitat on the side of Pipers Walk on the Waterfront in Swansea, South Wales, 19 June 2021.

Urban wasteland or brownfield sites can promote biodiversity in cities and this subject has been given consideration in the world of landscape and urban planning for some decades now. Bonthoux et al (2014), for example, reviewed the situation, at that time, for the factors influencing biodiversity of urban wastelands and found that they have a greater biodiversity than that of other urban habitats. It is the diversity of local features of wastelands that encourages the diversity of the wildlife communities, and landscape factors are less important in explaining wasteland biodiversity. They conclude that wastelands should be included in dynamic urban planning. It would be interesting to find out whether the massive 100 acre former dockland waterfront site lying adjacent to Pipers Walk in Swansea, where I photographed these various assemblages of wild plants, have included any element of consideration for brownfield biodiversity in their plans for redevelopment.