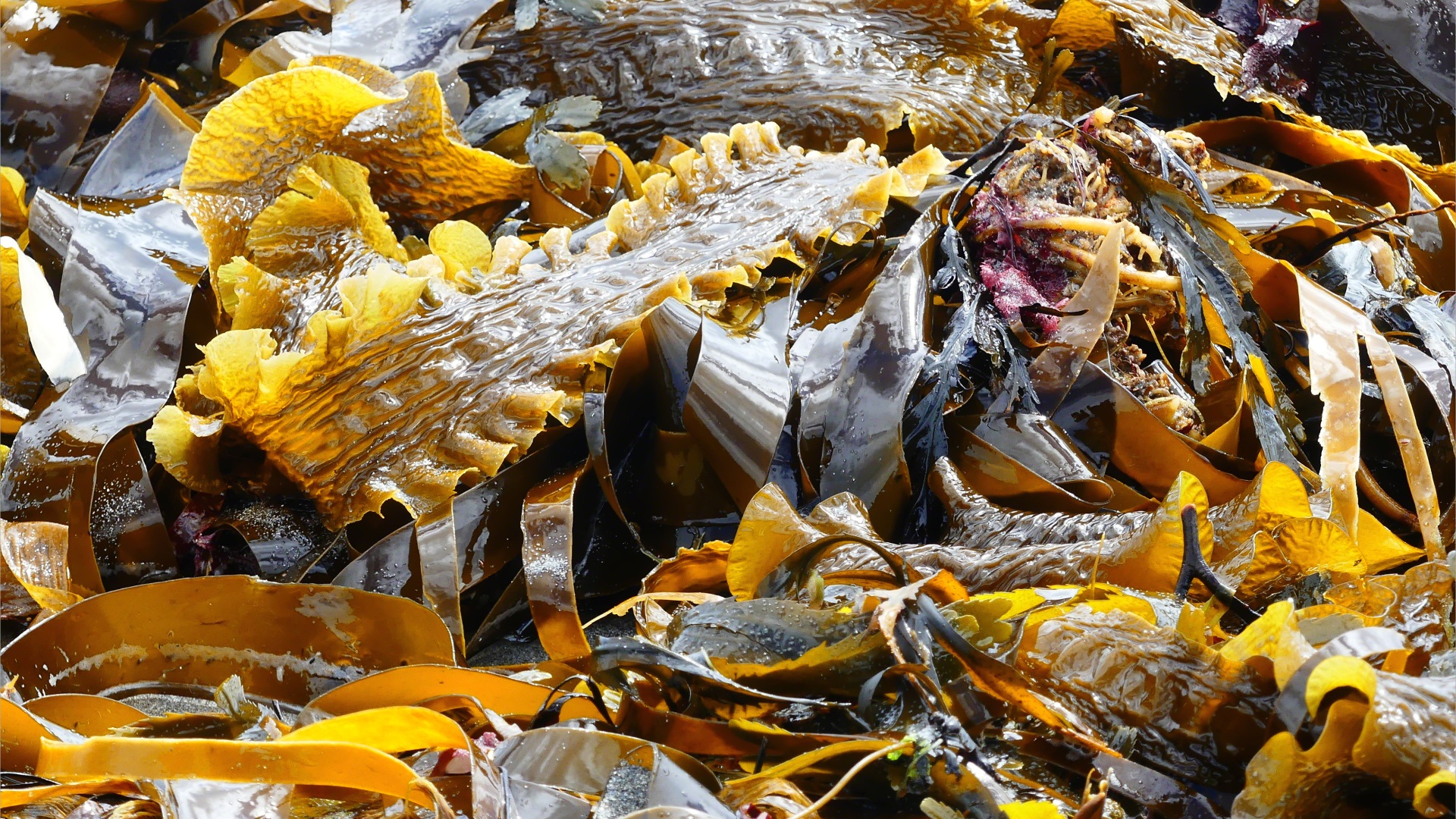 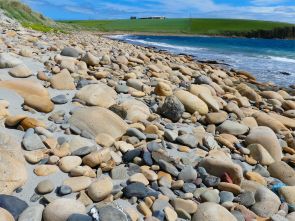 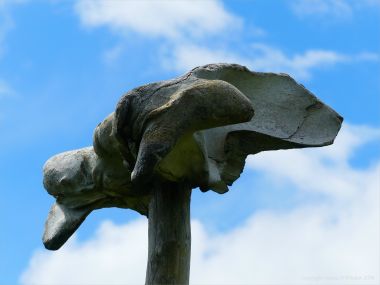 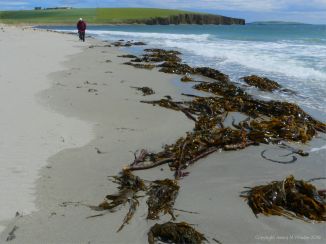 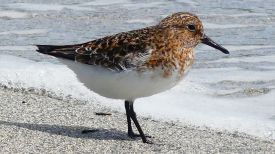 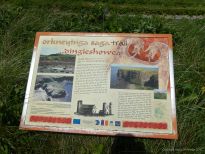 I discovered it by accident. I was on my way to Deerness and stopped for a break. I could already see the wide expanse of sheltered intertidal sand flats of St Peter’s Bay in front and to the north of me –  but it wasn’t till I got out of the car that I saw the information board saying that to the south, over the steep southerly face of the dunes, lay the beach of Dingieshowe (HY 550 034) with its narrow beach profile and greater exposure. I was actually standing on the north side of an asymmetrical isthmus, an ayre, or tombolo, joining the former island of Deerness to the Mainland in Orkney. Dingieshowe translates as Ting Mound and is the site of an ancient Norse meeting place. The beach south of Ting Mound is considered to be one of Orkney’s most attractive beaches.

The day of my visit followed the events of Storm Hector, which was evidenced by the large amounts of broken kelp floating in the sea and being washed up in tangled glistening piles on the sunlit strandlines. Small birds, maybe sanderlings in summer plumage, were darting around on the water’s edge looking for tit-bits among the weedy debris. The tide was just going out and it was mainly beautiful clean sand that was exposed but, towards the western end of the beach, rounded beach stones in mellow yellow tones were displayed. The tombolo itself is composed of irregular dune mounds and ridges up to 9 metres high. There is a problem with erosion of the dunes, and visitors are asked to keep to the steps and boardwalk to prevent further damage. At the eastern end of the dunes a vegetated machair area has developed. On the shore itself, Sea Sandwort is colonising and creating interesting natural patterns. A few houses occupy locations to the north of the dunes, having pathways to the beach through the dunes, and it was in the garden of one of these that an enormous whalebone was displayed on a pole. I am not sure of the significance of this feature but similar bones are found elsewhere on Orkney.