The rocks low on the beach at Seatown in Dorset are wearing away in a most peculiar fashion. In an earlier post I showed narrow sinuous channels cutting their way down through the mudstone between tide levels and I wondered how they had formed and what had influenced their shape. These are my thoughts and speculations about the processes contributing to these formations.

At one point along this stretch of shore, the narrow winding channels can be seen dissecting the rock layers into a number of adjoined parallel bars  (a bit like the fingers of a Kit-Kat). So what might be going on?

I have noticed by looking at the cliffs along the western and eastern shores at Seatown that there seems to be a propensity for this kind of medium to naturally form polygonal cracks or fractures once exposed to air and losing moisture. Below are three random examples of fracture patterns in cliff materials. 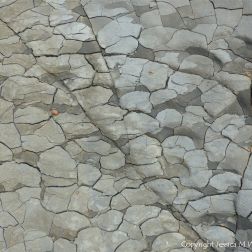 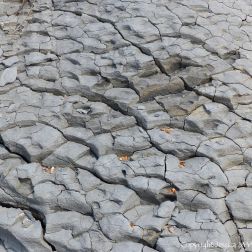 I think that the same phenomenon is a feature of the exposed layers of mudstone bedrock that outcrop inter-tidally. It is just possible to see the faint lines of these natural cracks in some of the close-up photographs below. Most of these original cracks are obscured because they have become the preferred location for Polydora bristle worms to occupy and create burrows. Although only a few millimetres across, the holes made by burrow-making activity have weakened the fracture lines, widened and extended them. At the same time as this bio-erosion activity is going on, continual swash and backwash by waves, and attrition by rolling gravel and pebbles, has smoothed and lowered the surface by physical destructive processes. (Chemical erosion plays a part too but will need a lot more explanation another time.)

As the combined physical and bio-erosion processes continue, the depressions where the worms burrow increase in size and can join up to form channels. 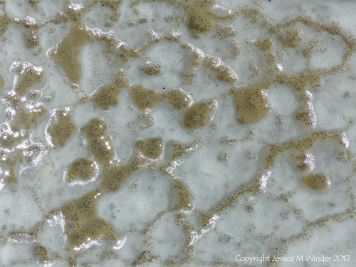 Once a channel is open, water and hard transported materials like rocks, pebbles gravel, and sand, can move rapidly through the channel in an upshore direction with each wave that breaks on the beach; and in a seaward direction as the water drains back down the shore. This physical action accelerates the erosion of the channels which speedily become deeper and wider to such an extent that they can carve the rock into distinct blocks. Smaller channels can form diagonally, at an angle to the shoreline, as they follow the conjoined outlines of the burrow-filled rock fractures. However the main force of the waves on the beach is perpendicular to the shoreline. This means that the channels formed by chance in that orientation are the ones that are most affected and enhanced by the swash and backwash of the waves.

The images also show the rock on the east Seatown shoreline is composed of alternating almost horizontal layers of pale (carbonate-rich and carbon-poor) mudstone, and darker (carbon–rich and carbonate-poor) mudstone from the Belemnite Marl Member of the Charmouth Mudstone Formation. The uppermost layers being weakened by various erosional processes that have effectively divided them up into strips, erode and break away more easily on the shoreward edge parallel to the shore.

There are more contributing factors to rock erosion on the coastline than I have been able to talk about here and I will explore them further in later posts. 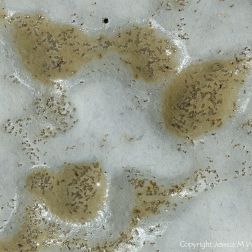 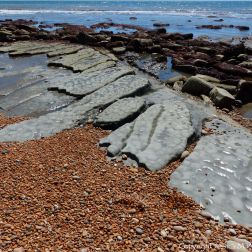 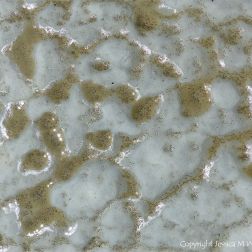 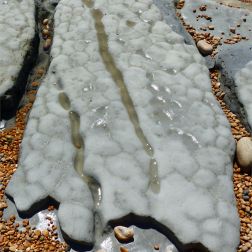 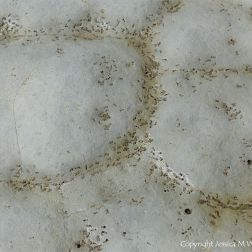 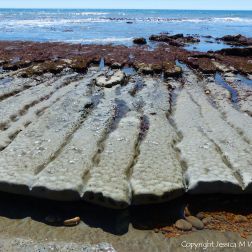 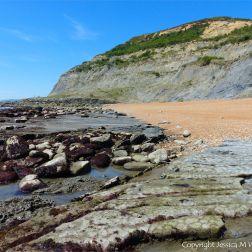 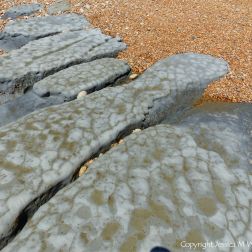