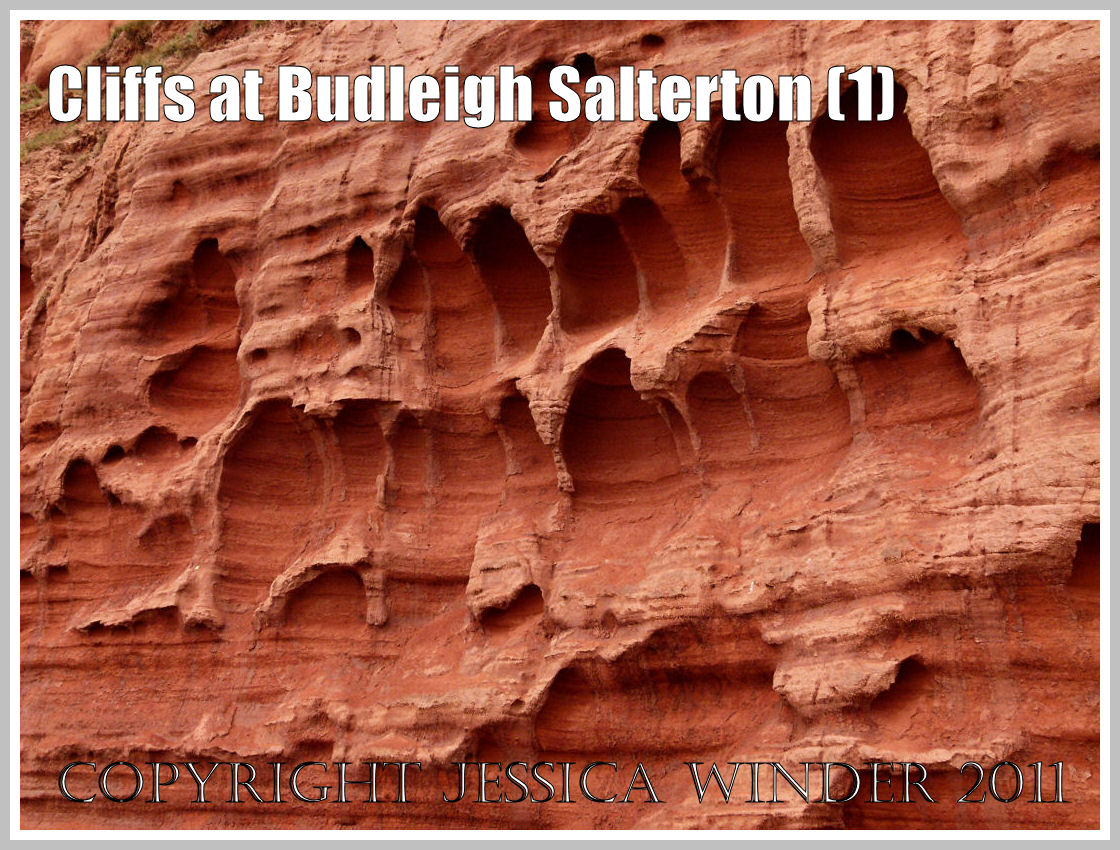 The cliffs at Budleigh Salterton in Devon are spectacular. The intense natural deep red-orange colour of the rocks is a striking feature. Close up, the cliffs at the western end of the beach also exhibit fascinating patterns, textures, and sculpturings. There are two main rock types, both having been laid down in the Triassic Period which lasted from about 225 to 180 million years ago.

The upper part of the cliffs is made up of layers of coarse red rock known as the Otter Sandstone. The strata have in some places been weathered into extraordinary shapes. The overall effect is like a giant honeycomb. The lower part of the cliff contains the Budleigh Salterton Pebble Beds which are the origin of the pebbles for which the beach is famous.

To see photographs of the beautiful Budleigh Salterton pebbles which were shown in earlier posts in Jessica’s Nature Blog, click on the links below:

To learn more about the geology of this place, I recommend a visit to the section on Budleigh Salterton in the website Geology of the Wessex Coast of Southern England by Ian West. 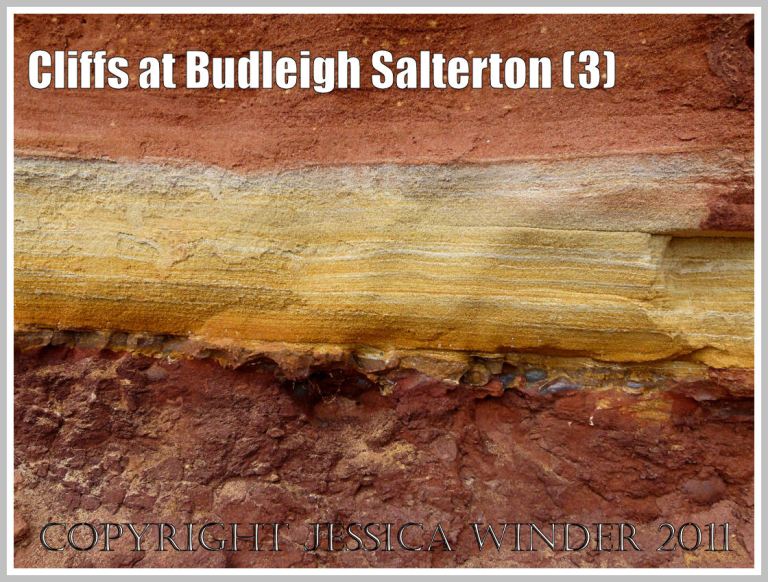 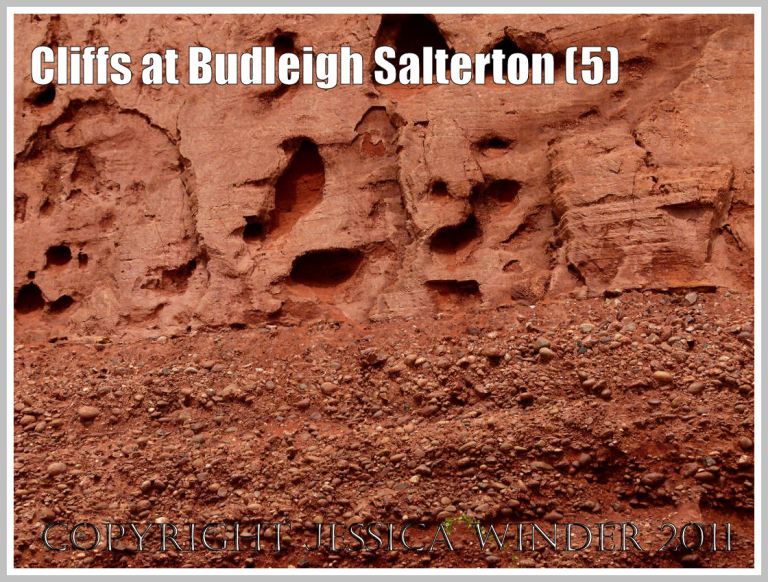 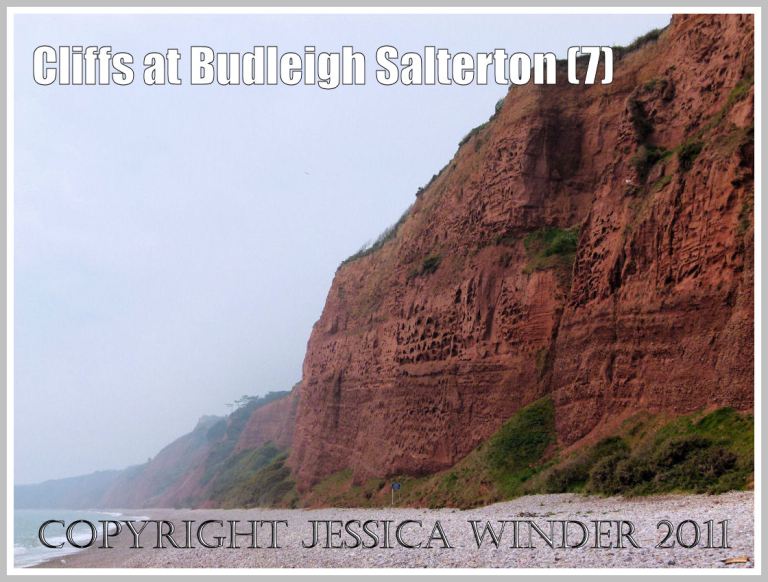 2 Replies to “Cliffs at Budleigh Salterton”