The spectacular yellow cliffs at West Bay near Bridport in Dorset are soon to form the back-drop for the new television series called Broadchurch. They really are a remarkable geological phenomenon – like so much of the landscape on the World Heritage Jurassic Coast.

The East Cliff (1) is largely composed of the Bridport Sand Formation with 43 metres depth of it exposed out of an overall depth of approximately 49 metres. It has been calculated that each metre of rock would have taken about 20,000 years to accumulate on the seabed where it originated. So it would have taken about 860,000 years for the depth of the rock exposed in the cliff to accumulate. This all happened in the Upper Lias phase of the Early Jurassic Period (about 176 – 205 million years ago).

The sediments of which the cliff is formed consist of alternate beds of soft fine-grained crumbly sandstone, and harder sandy limestone (2). The striped nature of the cliff is one of its most notable characteristics. The depth of each bed of soft sandstone gets progressively smaller with an increase in height above the beach. The sand beds vary in thickness from 30 centimetres to 3 metres. The carbonated-cemented sandy limestone layers are consistently narrower and range only up to 75 centimetres and have irregular upper and lower surfaces.

The harder calcareous sandstone layers stick out as horizontal parallel jagged ledges (3 – 5). They are more resistant to erosion by wind-blown sand than the softer sandstone. They are also typically bio-turbated, meaning that the original soft sediments on the sea bed were churned up and burrowed into by marine invertebrate animals. The tunnels or burrows were subsequently filled in with a calcium-rich sediment – forming trace or ichno-fossils of the burrows and tunnels. These are the hardest part of the rock, and when weathered and sculpted by the elements, they remain like a network of inter-connected cords. From a distance, they have a general honeycomb appearance and this type of erosional feature is known as tafoni (6).

Vertical cracks or joints, known as gulls, extend at intervals from top to bottom of the cliff (7). These were mostly created a very long time ago as part of a cambering process which affected the whole hill of which the cliff forms the eroded seaward edge. As far as I can understand it (and I may have got the wrong end of the stick here), this cambering was due to softer substrates lying beneath the Bridport Sand Formation rocks in river valleys to the east and the west of this BSF structure. Lack of support for the rock in these locations led to a kind of subsidence that opened up vertical cracks and led to the development of a sort of fanning of the strata and a curving of the top of the hill (21 – 22). This is one of only a few places in Britain where cambering rock strata can be observed.

The gulls are usually in-filled with sand and debris. However, these joints are particularly susceptible to erosion and are worked at by the elements so that they gradually recede landwards, creating angular recesses between protruding columnar buttresses right along the length of the cliff.  Vegetation can colonise the cliff in these places because the roots can take hold among the infill debris (8 – 9). Caves can form where wind or waves clean out and extend the cracks (10 – 11). This can happen high on the cliff but is more common at the base.

The friable or crumbly texture of the sandstone means that rock frequently falls from the cliff and ends up as boulders on the beach (12). Wind and rain work on higher strata while the sea undercuts the lower layers. At the base of the cliff where waves frequently work (14, 18), and in newly exposed rock after falls (13), the true colour of the Bridport Sand Formation is revealed as blue-grey. The Bridport Sand Formation comprises fine-grained sandstone, a quartz arenite, regularly alternating with hard calcite-cemented strata. Within this matrix is pyrite. When pyrite is exposed to air, it starts to oxidise, forming a rust-like thin layer on the rock (15). It is this process that converts the natural blue-grey to the wonderful yellow colour of the rocks in the cliff.

At the base of the cliff for some distance along its length, it is possible to see an anomaly in the rock layers (19 -20). Most of the alternating bands of rock are virtually level, horizontal, and parallel to each other. However, there is an exception to this. There is a bed of hard rock which undulates up and down in a discontinuous or broken set of curves. This is thought to be a scour structure where an extreme storm event disturbed the shallow water marine shoal sands on the seabed early on in the development of the Bridport Sand Formation, just after the layer have been deposited and consolidated.

If you click on any picture in the gallery below, the image will be enlarged and show the descriptive caption. From there it is possible to either view the photograph in full-screen size or to the use the arrows to scan through all the pictures in the gallery in sequence. 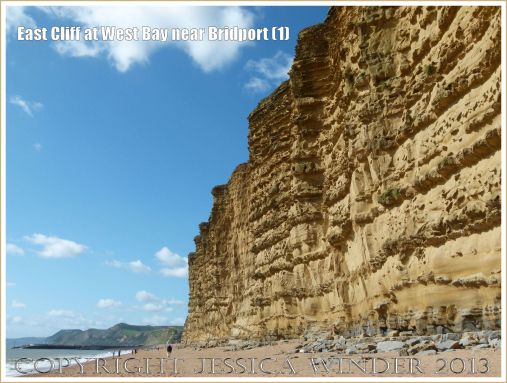 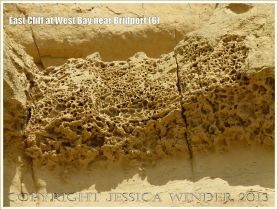 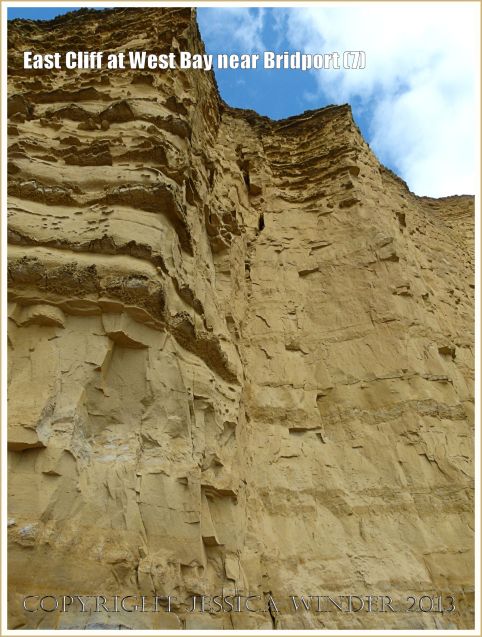 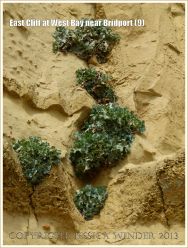 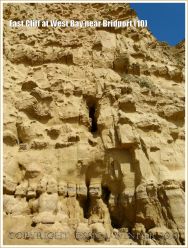 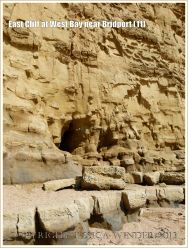 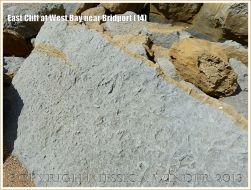 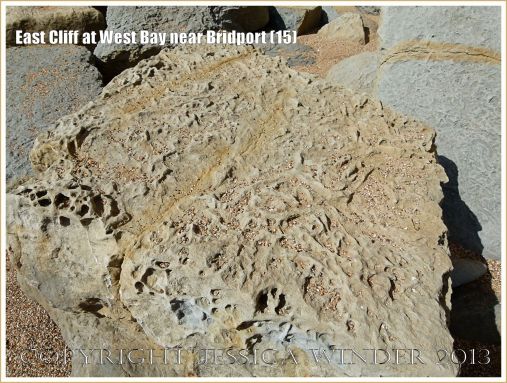 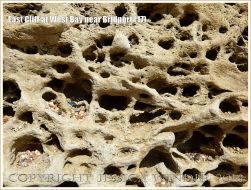 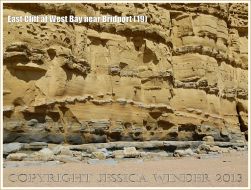 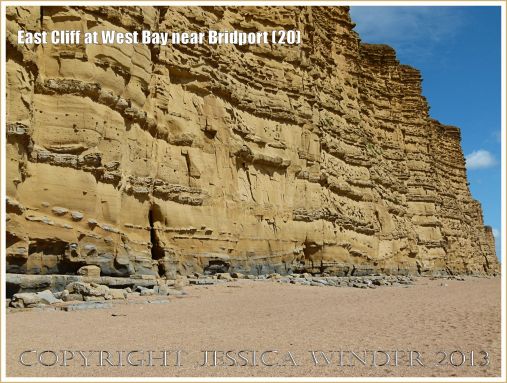 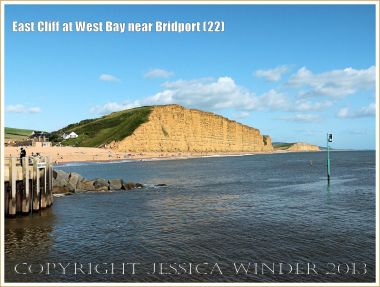 12 Replies to “Cliffs at West Bay”