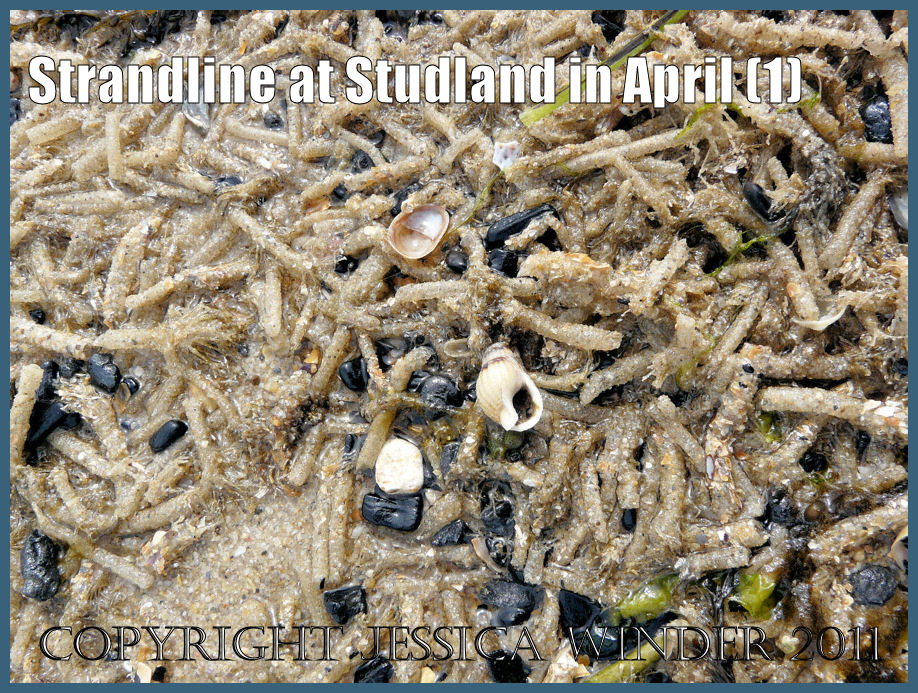 Strandlines, again! So far, in the previous two posts I have talked about the way that strandlines are potentially being formed with every new tide. They can be wet and fresh – or dry and partially buried. They can be ephemeral, disappearing on the next tide – or semi-permanent, becoming gradually buried by the sand. You can have a series of strandlines at different levels of the beach.

I have briefly touched on strandlines as an important food resource for other organisms both large and small. They can also provide shelter for animals like small mammals. They are significant parts of the environment because their nutrients enter the carbon and nitrogen cycles to sustain future generations of wildlife. They are potentially a vital part of the way sediment shores are stabilised.

In other words, strandlines are not just piles of rubbish – they are important parts of the ecosystem. They add to biodiversity and help maintain nutrient stores. Physically, their incorporation into sediment shores can preserve beach structures and help prevent erosion.

About the strandline photographs in this post, these were all taken one day in April. Hundreds of thousands of tiny tubes, constructed with a mucus lining covered with sand grains and shell fragments, were deposited in piles on the strandline. These are tubes made and occupied by marine polychaete worms in the wet sand at the lowest shore levels, normally underwater. 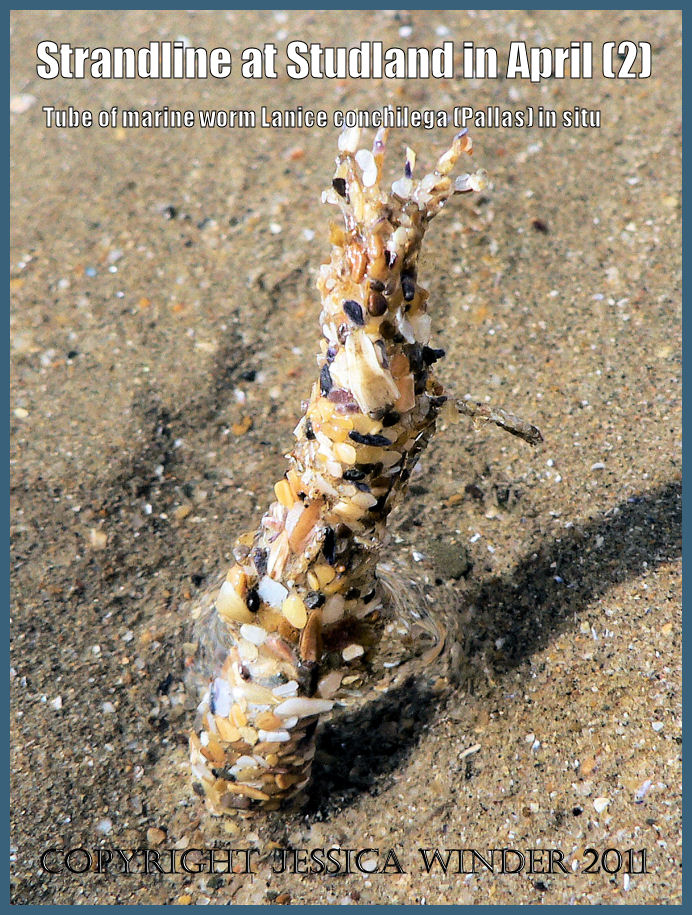 You can usually distinguish between the two tubes because the one built by the Sand Mason worm has a fringe around its opening – while Lanice tends to have a longer, softer tube with larger pieces of debris attached. In the one illustrated at the bottom of this post there are small pieces of various kinds of mollusc shell, fragments of barnacle shells and large grains of sand.

6 Replies to “Strandlines & worm tubes at Studland in April”