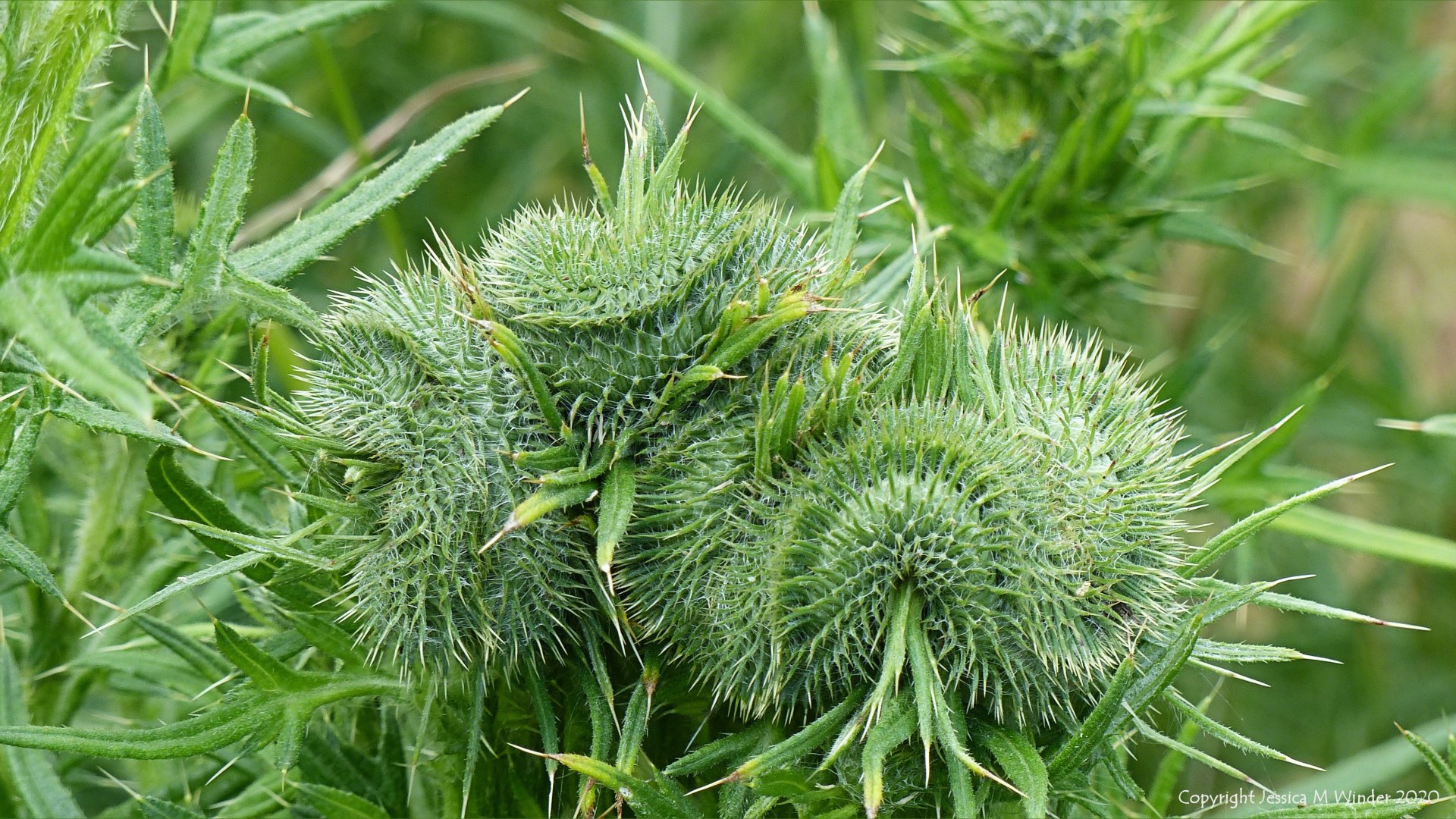 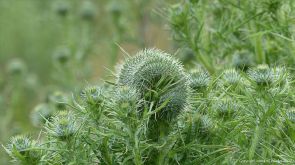 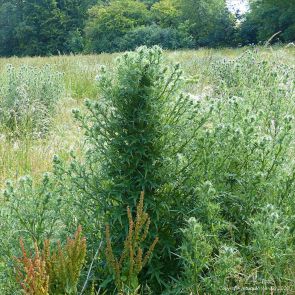 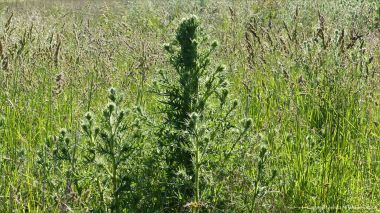 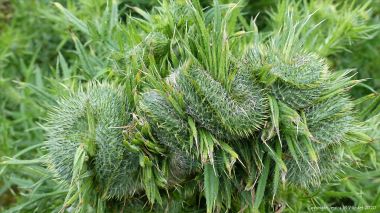 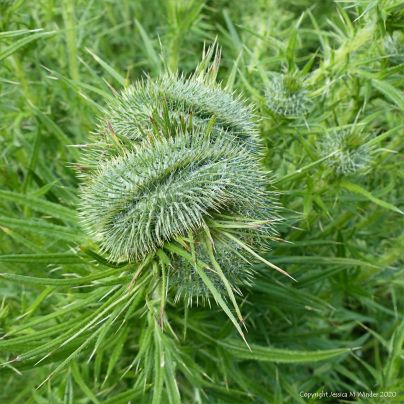 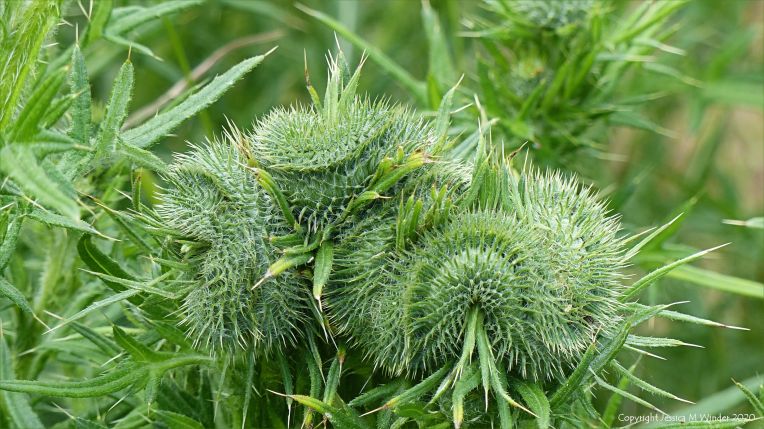 There are lots of thistles growing in the rough field by the path to Charminster. I thought a few of the plants had an odd shape. Closer inspection revealed that that some of the stems which should be separate were joined together in a flat strap-like form, and instead of terminating with individual flower buds there was one massive contorted flower head with all the flowers merged into intricate and differing shapes. None of the ones I saw were blooming yet but I guess they will look spectacular when they open. Should look very special. Apparently this is a fairly common type of mutation called fasciation.  Andy Finnegan has also observed them over in Hampshire and has written a good post about the phenomenon.