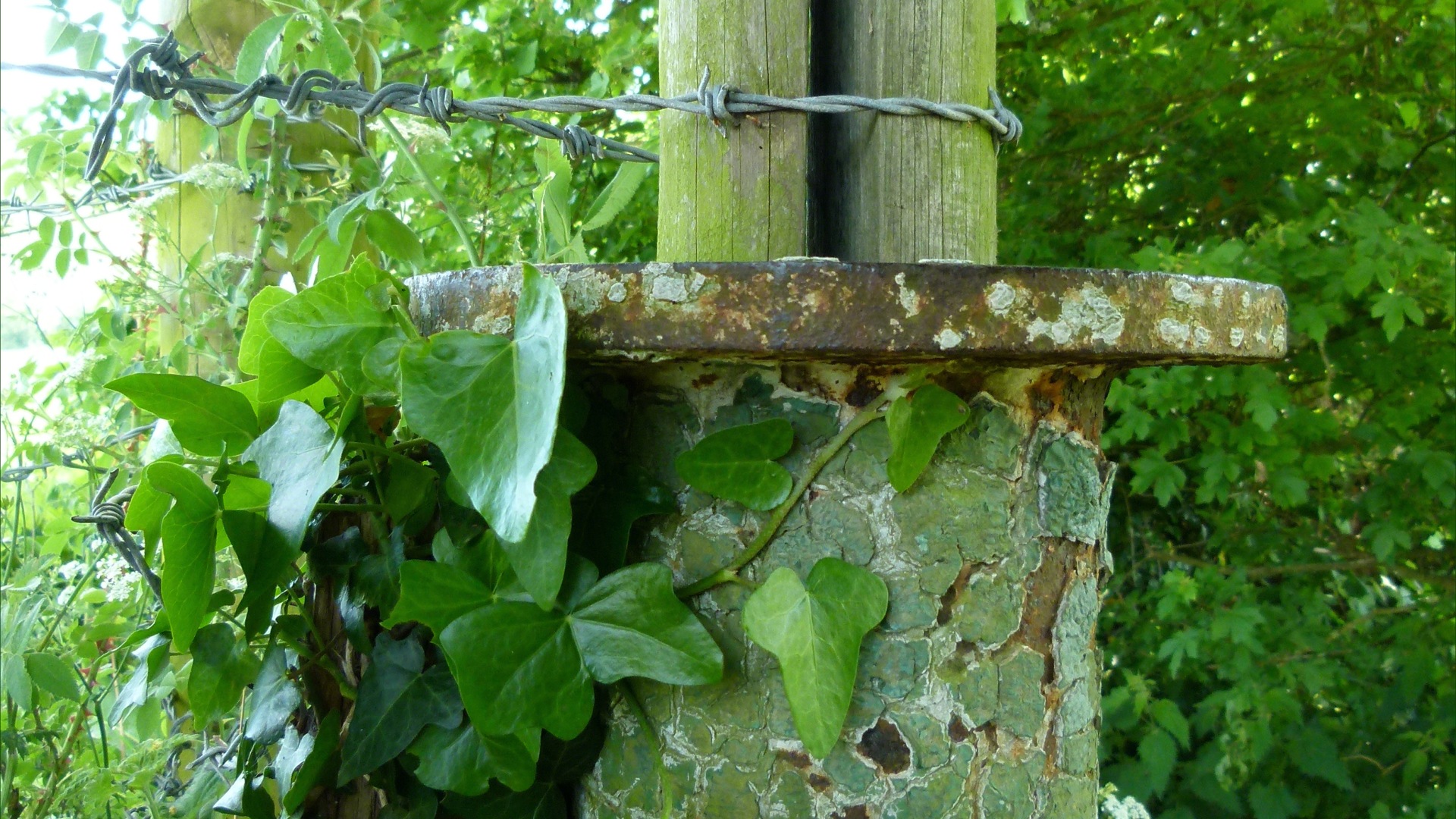 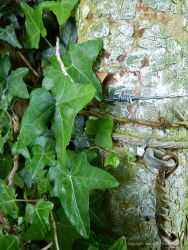 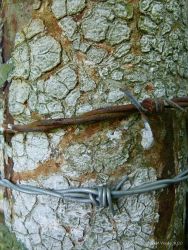 These pictures show an old gatepost between two fields. A new wooden post has been housed in a re-used cast iron pipe – the former function of which is a mystery. It has been exposed to the elements for a long time, and the paint on it is cracking in a reticulated way, revealing the underlying metal which is rusting. The paint is very thick and has many layers. The original multiple coats of white suggest a domestic former use. A single outer layer of green paint (with a dusting of colour-coordinated lichens) make it blend in more with it newer countryside location. Its appearance is remarkably similar to tree bark. Lack of maintenance on this metal post housing has led to its gradual deterioration which would ultimately lead to its disintegration to component parts (entropy). Everything, whether natural or manmade, is in a process of decomposition which even the most assiduous efforts of maintenance cannot correct and ultimately fail.

A simple definition of entropy in statistical mechanics is that entropy is a measure of the number of ways in which a system may be arranged, often taken to be a measure of “disorder” (the higher the entropy, the higher the disorder). In other words, the natural process of decomposition with a gradual descent from the ordered physical state to one of chaos..