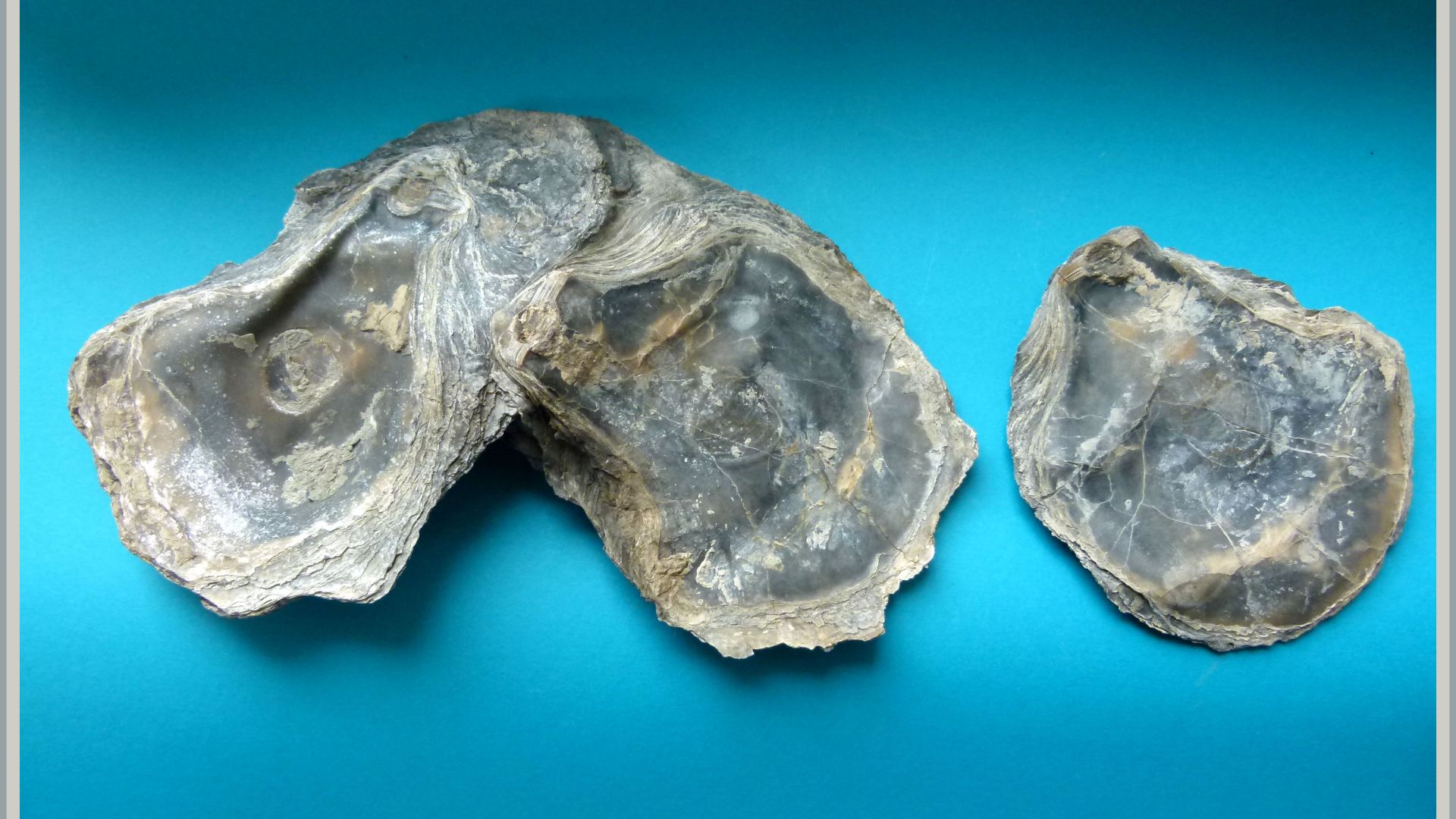 Deposits containing this large fossil oyster, Deltoideum delta or Liostrea delta, were clearly visible on the shore at Ringstead Bay in Dorset after winter storms had rearranged and largely removed the normal thick layer of pebbles. They are recorded as being characteristic of several late Jurassic Period strata. I observed them in situ in the Ringstead Clay Member waxy clays at the top of the shore in the western half of the beach. I also noticed them in rocky outcrops on the water line of the lower shore where the different composition of the matrix makes me think the exposed strata were probably from the Sandsfoot Formation which lies beneath the Ringstead Formation and pre-dates it.

In the eastern half of Ringstead Bay, the part which was inaccessible on that particular visit of 1st March 2014, I had previously seen this species of fossil oyster shell in deposits of Kimmeridge Clay from the Kimmeridge Formation which were laid down after the Ringstead Formation layers. So this particular species of oyster was around for a long time, geologically speaking. Its appearance and disappearance in the various strata is due to the changing and cyclical nature of the environment in this location – meaning that very specific conditions were required for the species to thrive but changes in water depth, salinity, and temperature made the environment more or less suitable for their existence at different successive times.

There are more posts about Deltoideum delta in both Jessica’s Nature Blog and Oysters etc. 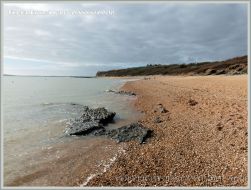 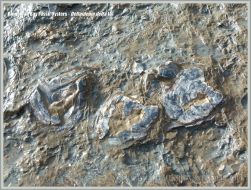 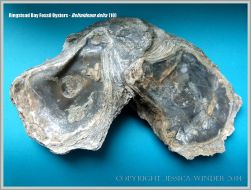