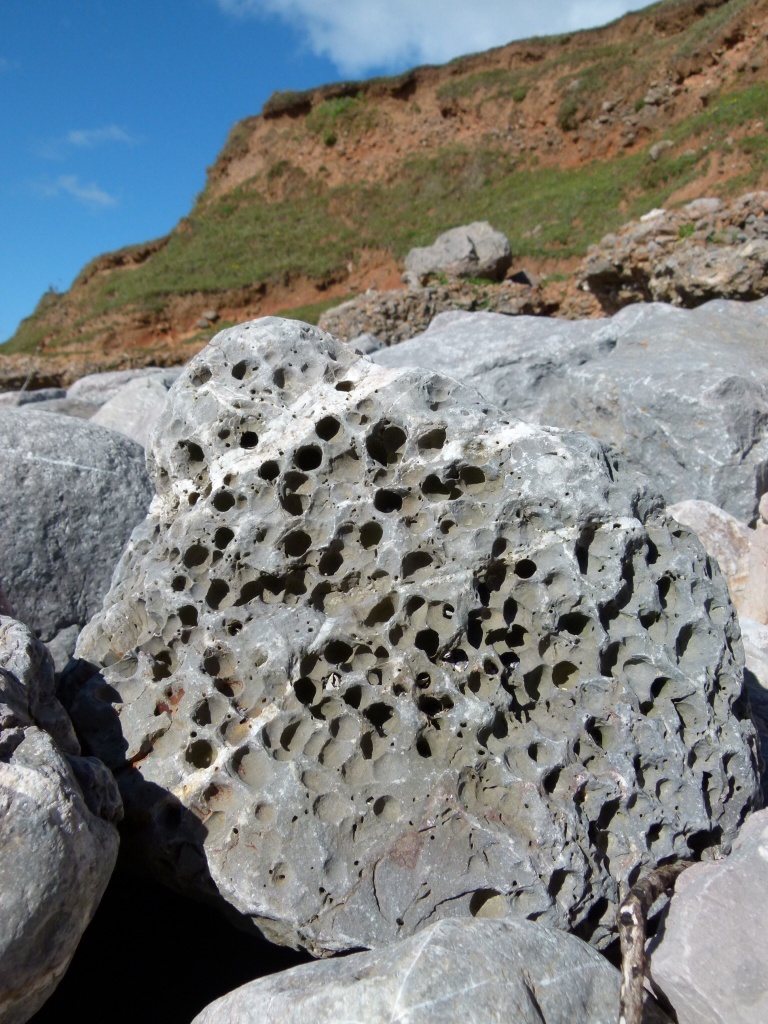 Larger than pebbles, and less rounded, these beach stones are more cobble-size than small boulders. They were lying on the shore at the landward edge of the Worms Head Causeway – which lies at the very tip of the Gower Peninsula in South Wales. Like the pebbles and shells previously described in Jessica’s Nature Blog, they are riddled with holes and burrows caused by various seashore creatures such as certain bivalved molluscs and mud-tube living marine polychaete worms.

The larger rounded holes were made at some time in the past by molluscs such as piddocks or rock-borers. There are still the paired empty shells of the mollusc in some of the holes. It is not possible to day how old these shells are but they could be very old indeed – perhaps dating from the time when the sea level was higher and when the now raised beach was formed. The much smaller, often paired holes leading into U-shaped burrows being made by worms such as Polydora ciliata. 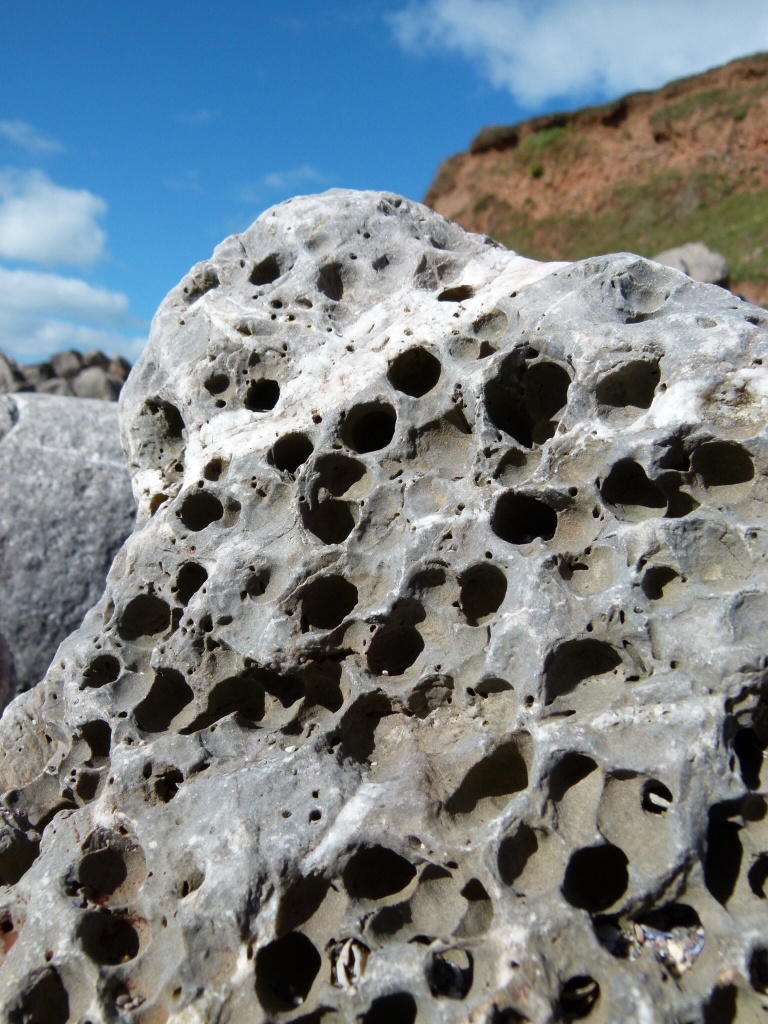 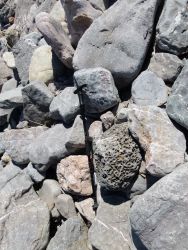 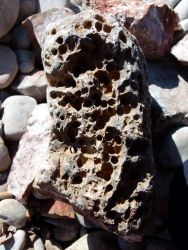 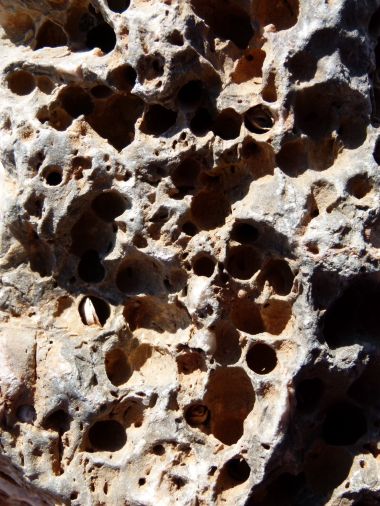 5 Replies to “Beach Stones with Holes at Worms Head Causeway”