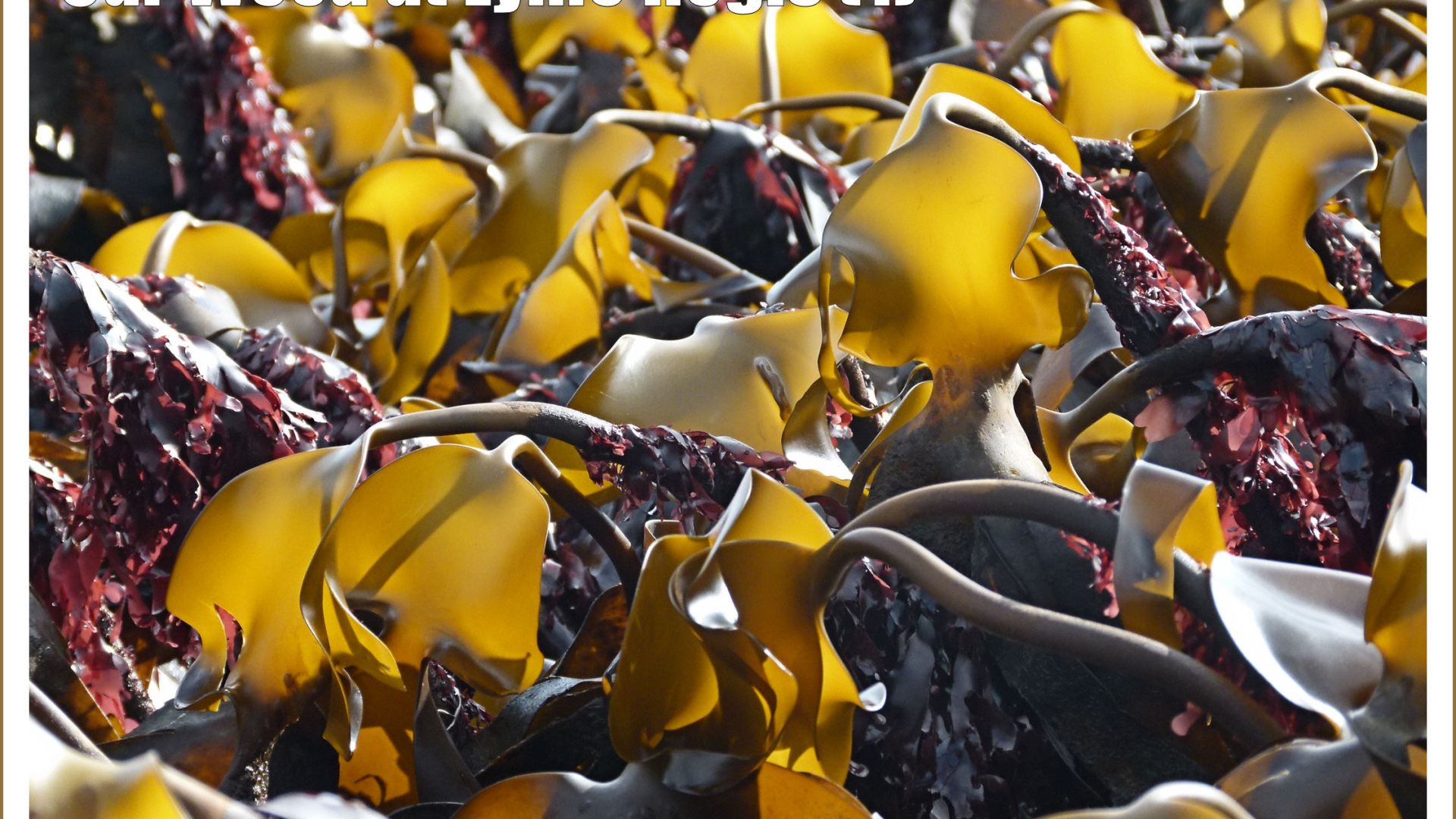 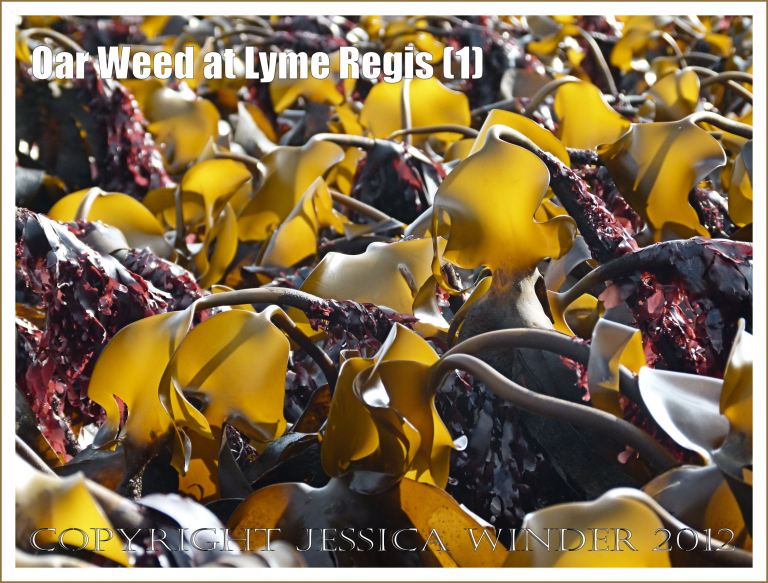 On a visit to Lyme Regis in March 2012, I was delighted to witness acre upon acre of glistening kelp beds as they were gradually uncovered by the receding tide. It was a particularly low tide that day. The seaweed beds that are usually under water were gradually revealed. The algae are attached to wide rock platforms that extend seawards from the base of the cliffs.

The most visible and easily recognisable kelp was Oar weed (Laminaria digitata). When submerged, the Oar Weed stem is erect with the large flat frond wafting to and fro with the waves. As the tide recedes and water levels drop, the stem is no longer able to bear the weight of the leathery blade with its strap-like divisions, and the stem bends over so that the frond lies on the ground. This habit distinguishes Oar Weed from the similar species Cuvie (Laminaria hyperborea). Cuvie stems have a rounded cross-section and are capable of remaining vertical when out of water.

At first the day was dull and overcast – but after a while the sun came out and its oblique rays shone through the fronds of the Oar Weed creating natural fields of glowing gold. It was a magnificent sight. The normal olive brown of the seaweed was transformed by the light.

It was also interesting to observe the wonderful colour and texture combinations of the different types of seaweed. Although the large Oar Weed predominated, there were many other smaller species of brown and red algae. Branched filamentous kinds of red seaweed formed vast low-lying carpets that complemented the olives and golds of the Oar Weed or Tangle. One particular type of branching, flat-bladed red algae – Dulse (Palmaria palmata also known as Rhodymenia palmata) commonly grows attached to the stem of Oar Weed. 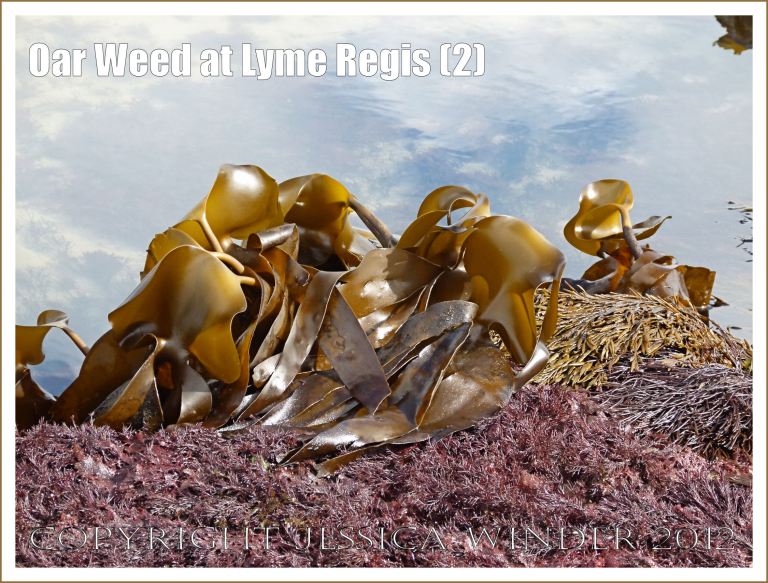 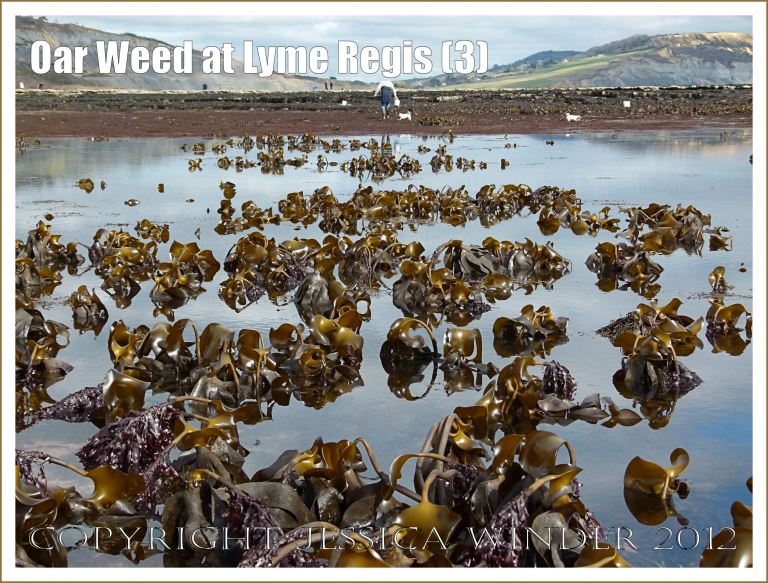 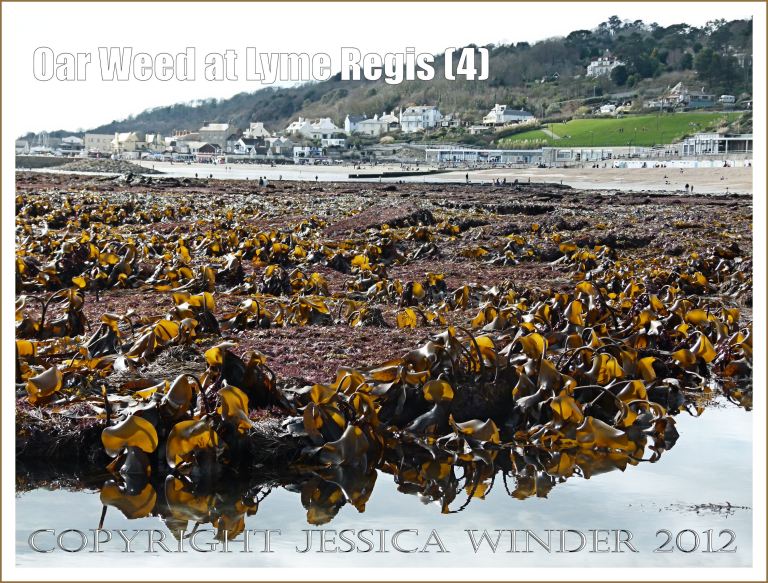 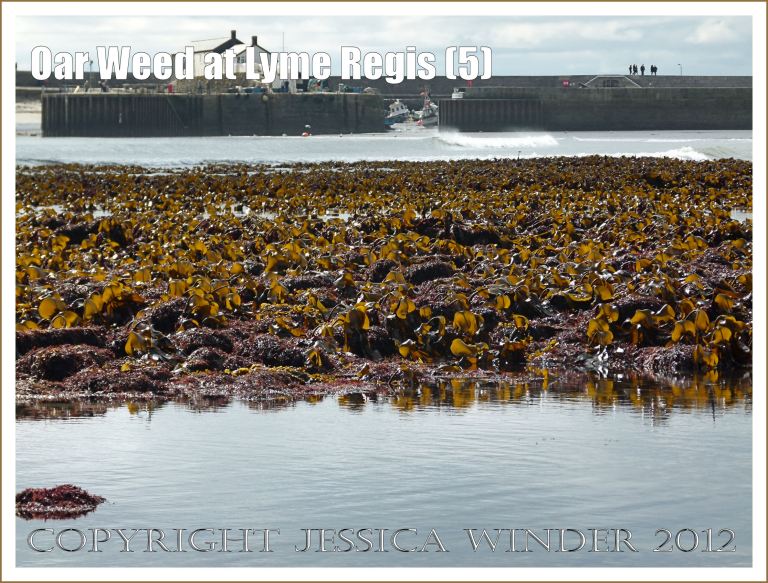 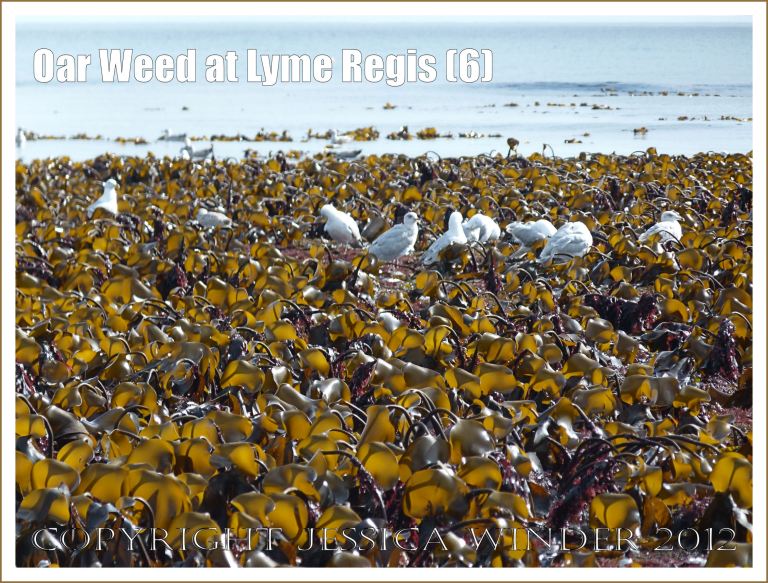 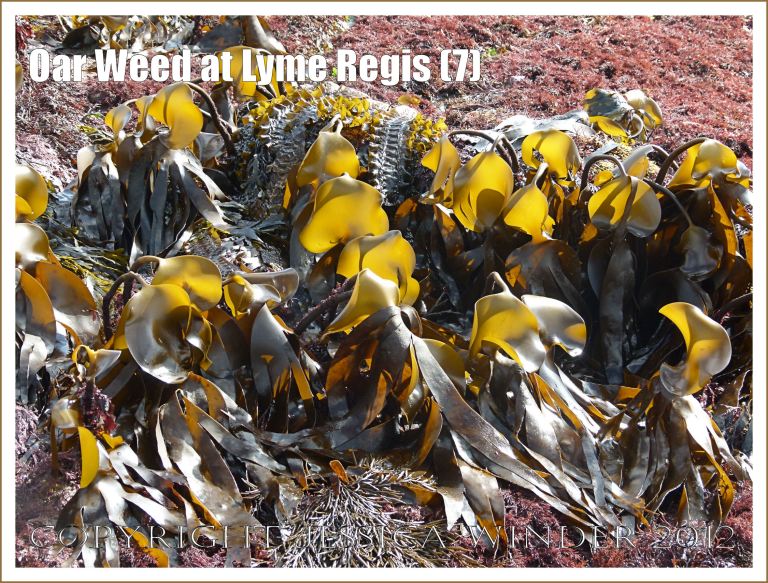 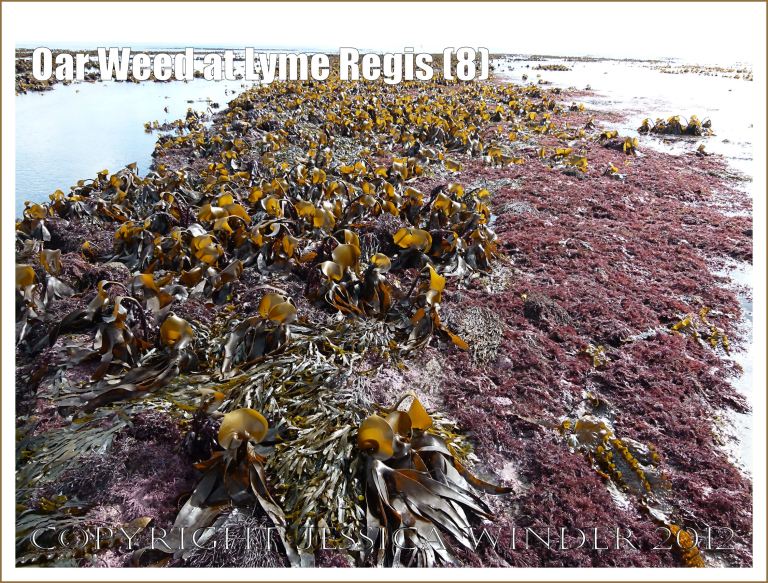 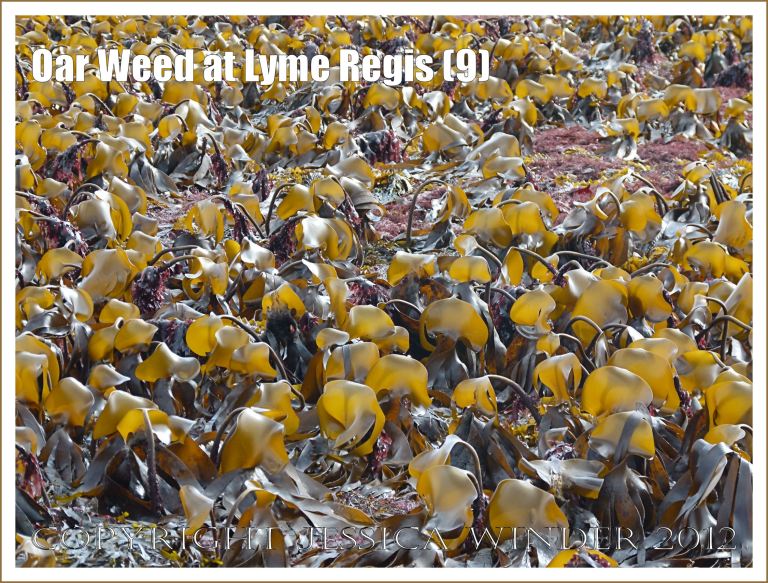 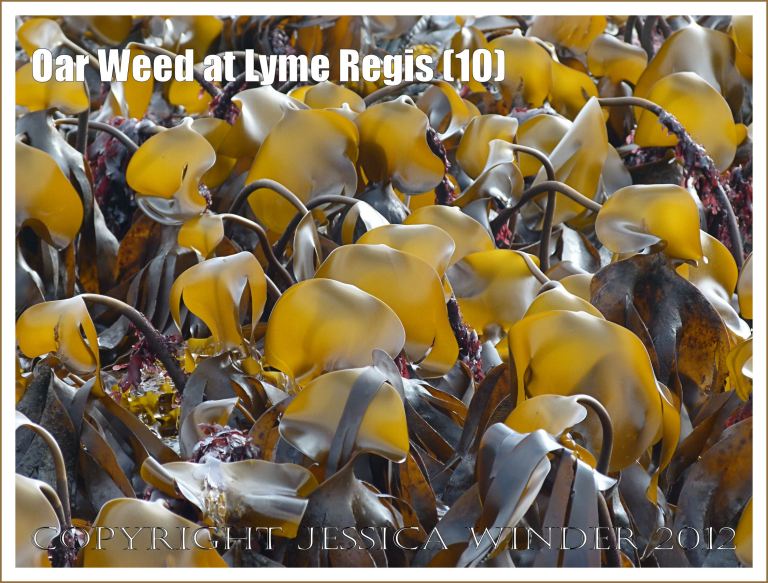 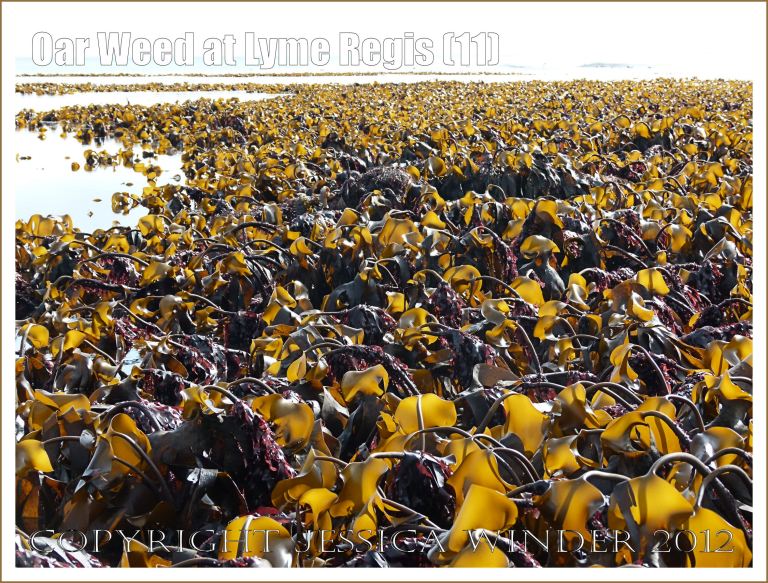 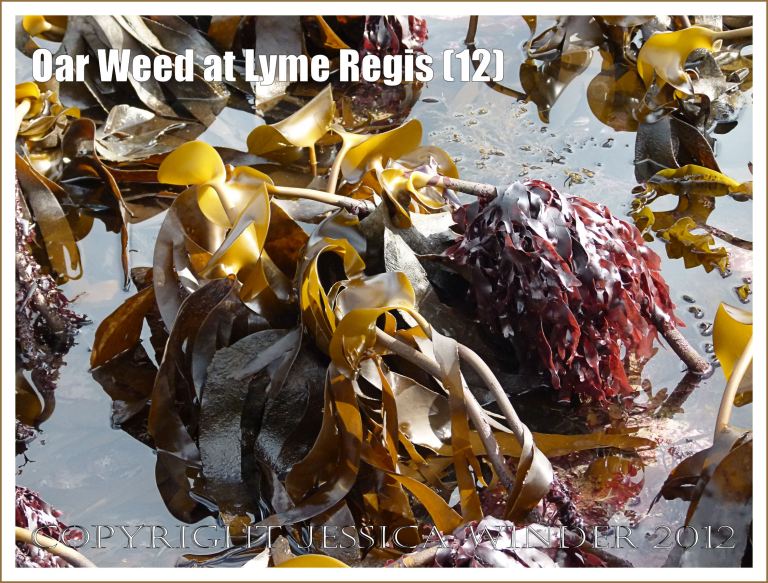 2 Replies to “Oarweed at Lyme Regis”