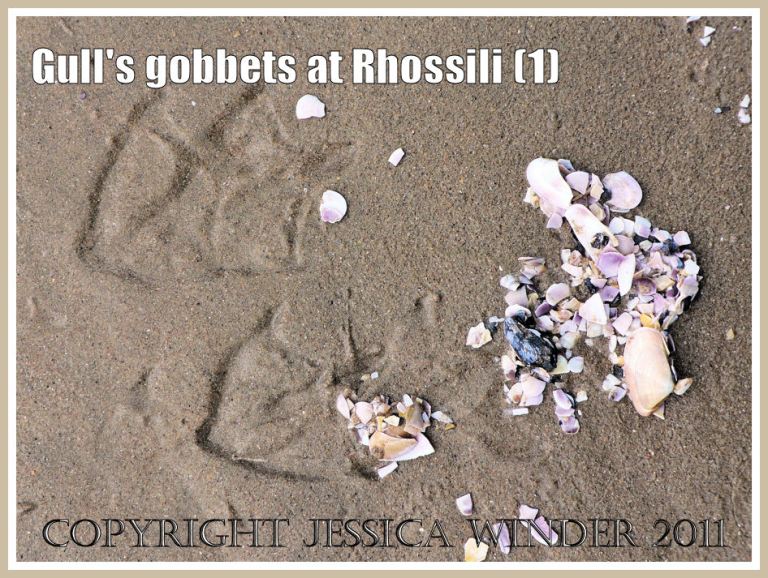 It is not surprising that Banded Wedge Shells are easy pickings for hungry sea birds. In an earlier post, I described how they sometimes lie on the surface of the sand or sit partially buried/exposed on the lowest part of the shore waiting for the tide to come in.

As you walk along the beach at Rhossili on the Gower Peninsula, you can see the evidence for this kind of bird feeding activity. It seems that the gulls regurgitate or cough up the indigestible shells after they have gorged themselves on the bivalved molluscs. These ‘remains of the feast’ occur as small gobbets of matter scattered over the sandy seashore. Sometimes, the debris includes lucky escapees that have apparently survived the experience intact but mostly the shells are broken and the meat removed. In the photograph above the gobbet is clearly associated with the footprints of the bird.

Photographs 1 to 3 are examples of these gull gobbets with mostly Banded Wedge Shells. All three pictures were taken on 9th August 2006.

In photographs 4, 5 and 6 the gobbets are mostly made up of tiny pieces of the chitinous exoskeletons of small Crustaceans: probably including many Sandhoppers – Talitrus saltator (Montagu) – of which there must be millions on that beach. These shots were taken on 15th and 19th August 2011.

Images 7 and 8 were also taken this summer (19th August 2011) and show that the gulls had just been feeding on the young edible mussels growing on rocks, possibly nearby at Burry Holms and Spaniard Rocks. The regurgitated remains are solely mussels, many of which are intact and undigested. These gobbets contrast with some that I found on 6th August 2009 in which the mussel shells were mixed in with small pieces of coloured plastic (Photograph 9 – below). At that time, there were extensive deposits of plastic flotsam debris on the strandline near Spaniard Rocks. When I visited in  August this year (2011), the rubbish deposits appeared to have been tempoarily covered by a substantial depth of sand that had been washed up the shore. 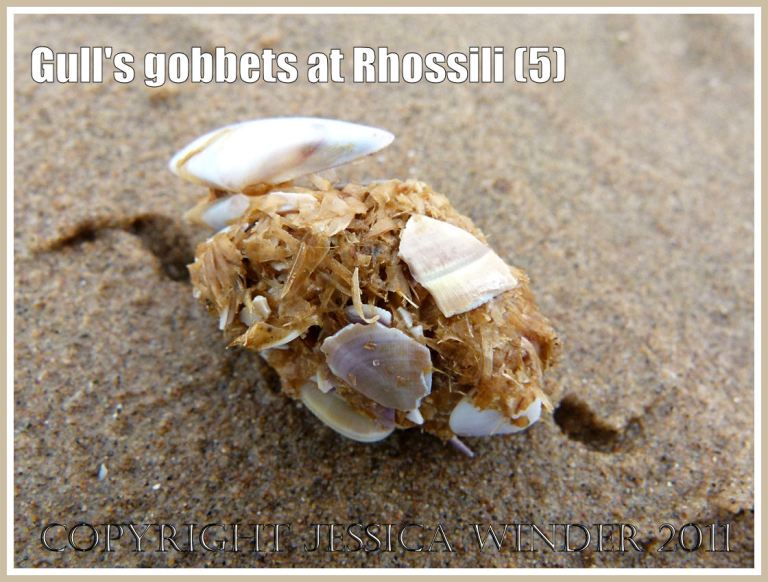 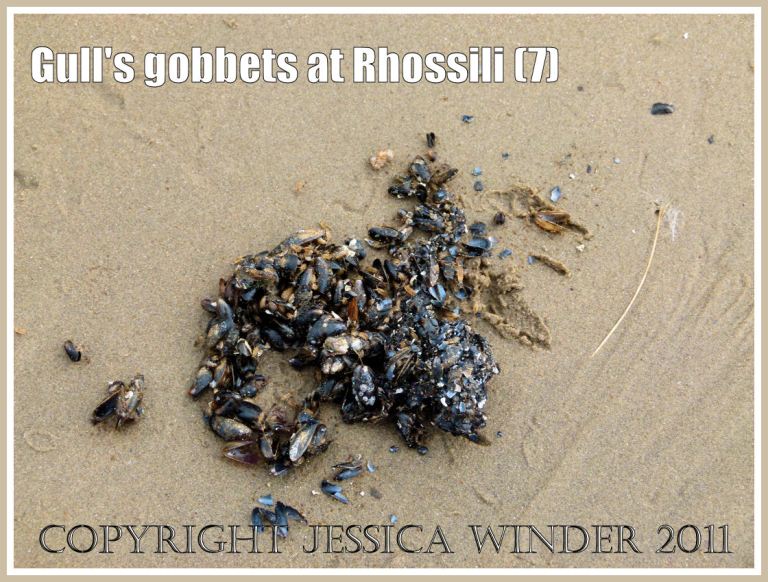 What is intriguing about the gobbet shown below in Photograph 9 is its very different composition and constituents. Altogether much more solid and sub-spherical in shape with fragments of common mussel shells and seaweed predominating. Pieces of coloured plastic and translucent pellets are also present.

This gobbet of seabird’s feeding debris was found at the northern end of Rhossili beach towards Bury Holms and Spaniard Rocks. The rocks here are densely covered with mussels. A lot of plastic flotsam tends to naturally accumulate at this end of the beach. One of the rock pools was filled with small pieces of multi-coloured plastic. 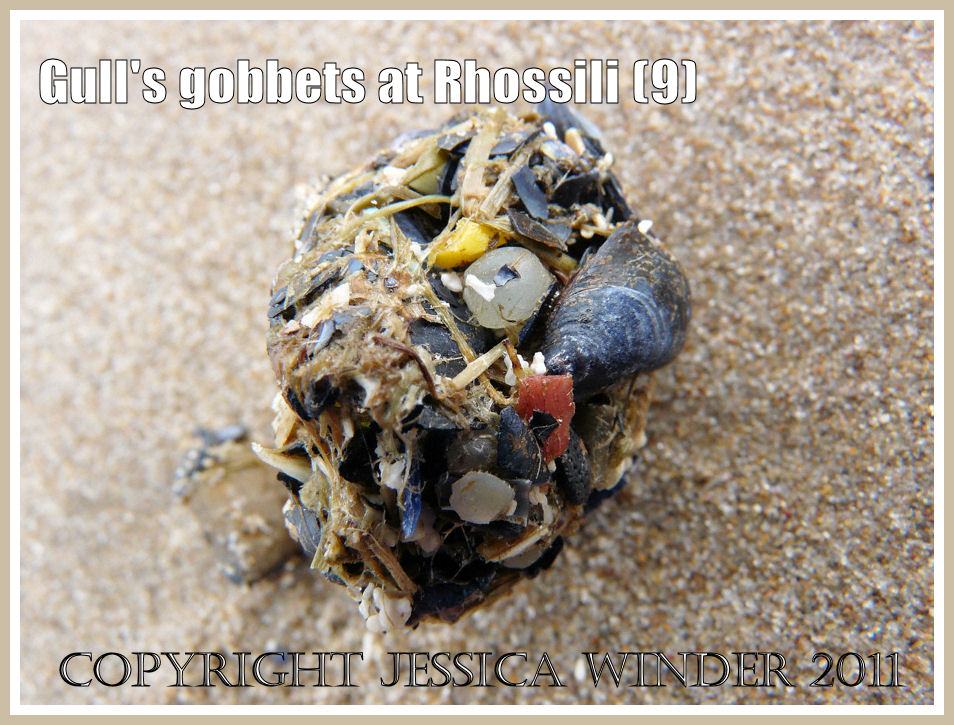 The Shorter Oxford English Dictionary’s definitions of gobbet include: a lump or mass; a large lump of mouthful of food; a lump of half-digested food.