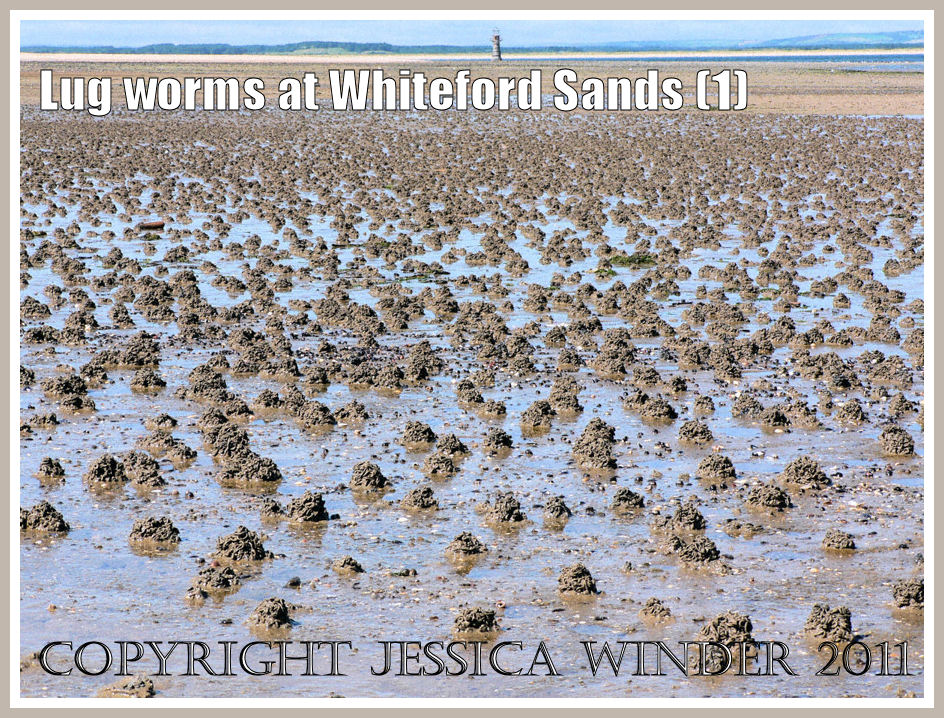 Lug-worm casts  extending like a vast field of walnut whips as far as the eye can see at Whiteford Point, Gower in South Wales. These casts are made by the marine worm Arenicola marina Linnaeus.

Blow hole and spiral cast of the Blow Lug or Lug Worm – each representing opposite ends of the U-shaped tube occupied by the worm in the sand.

Blow hole of the Lug Worm in sediments of Whiteford Sands in Gower. The head end of the worm lies beneath this hole and the worm eats the sand in order to get nutrients from the detritus and micro-organisms that it contains.

The tail end of the worm lies beneath the spiral worm cast that is composed of the excreted sediments after they have passed through the worm’s gut.

In the picture below you can see from the widely spaced distribution of blow holes and worm casts that Lug Worms on the beach at Whiteford Sands are not so abundant as at Whiteford Point (illustrated at the top of this post)because the sediments are drier, more sandy, less muddy, and therefore with a smaller organic component. 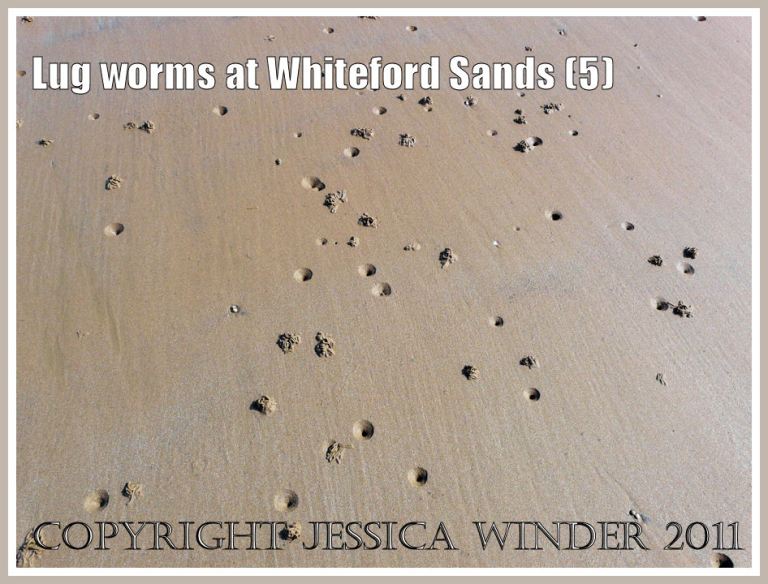 Hidden from view, of course, are the burrows themselves. These can only be truly observed in a laboratory observation using a glass-sided tank. As we saw yesterday (post of 9 July 2011), these or similar worms and their burrows have been around for millions of years as evidenced by trace fossils such as those found in the Jurassic Arenicolites Beds at Ringstead on the Jurassic Coast.

For more pictures showing the living Lug Worm itself, and video clips of Lug Worms click here for the ARKive web site.