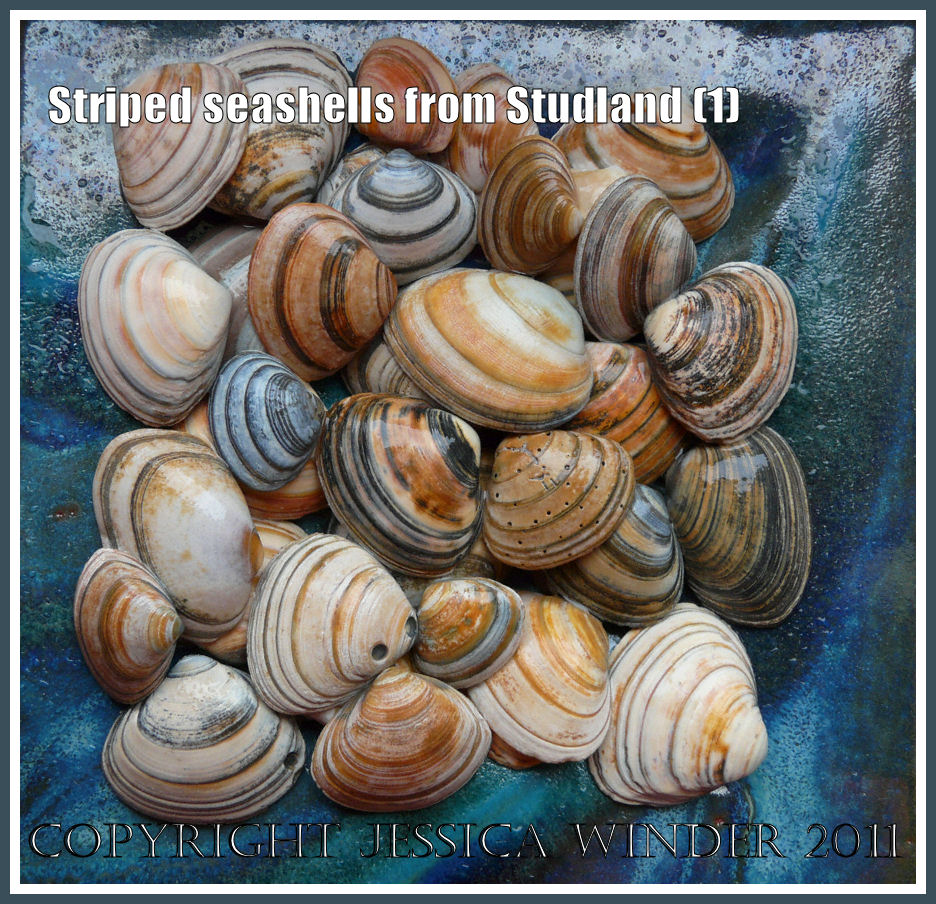 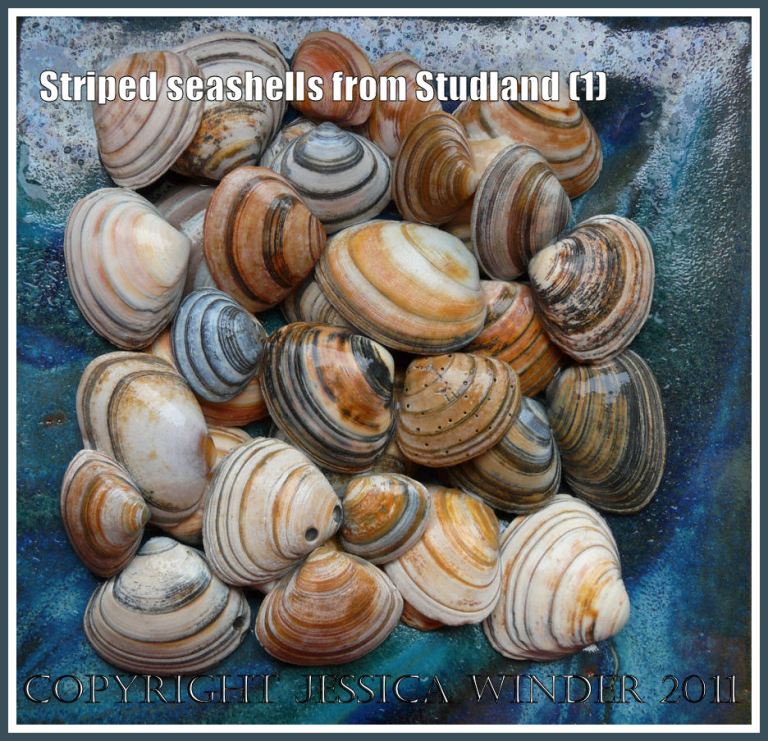 Take a walk along the sandy beach at Studland Bay in Dorset and, on most days, you’re sure to find lots of seashells. Look closely and you’ll see that many of the bivalved shells are striped.  The question that springs to mind is “why are they striped”?

Were the stripes formed in the shell when the animal was alive or afterwards? I think that these particular kinds of colouring are more likely to have been acquired from the outer environment rather than manufactured endogenously during shell formation.

I’ve talked before about the way that  empty seashells tend to get stained orange if they are covered by a shallow depth of wet sediments and black if they get buried deeper down in the lower shore. [See the earlier posts Black oysters from Rhossili  and Colour variation in oyster shells for a fuller explanation]. You might therefore expect them to be all black or all orange depending on depth of burial. However, these mostly Trough and Carpet shells can be black and white; orange and white; or black, white and orange.

Most of the shells have concentric circles of darker colour on the generally lighter creamier background of the overall shell. So, why is the ‘staining’ mostly confined to just some parts? I can make some suggestions.

The black or orange lines seem to coincide with the closely-spaced growth lines that conclude each annual growth band – a part of the shell which grows very slowly in colder weather when food is not so abundant. One idea is that these end of year growth areas of the shell may take up staining more readily than other parts of the shell because they have a different physical composition or different micro-crystalline characteristics.

The ends of annual growth bands also feature a groove. Staining, which originally covered the entire surface of the shell, could possibly remain ingrained in these grooves even when continual abrasion in the wet and dry beach sediments has worn away most of the superficial staining from the more exposed parts of the shell.

A shell is likely to be buried many times. Beach sediments can be very mobile. We tend to think of shells on the seashore as being fairly recent in origin. However, there is some suggestion that the more robust shells can be over a hundred years old. There is certainly a wide range in the degree of erosion in these striped shells – as you can see from the close-up photographs below. 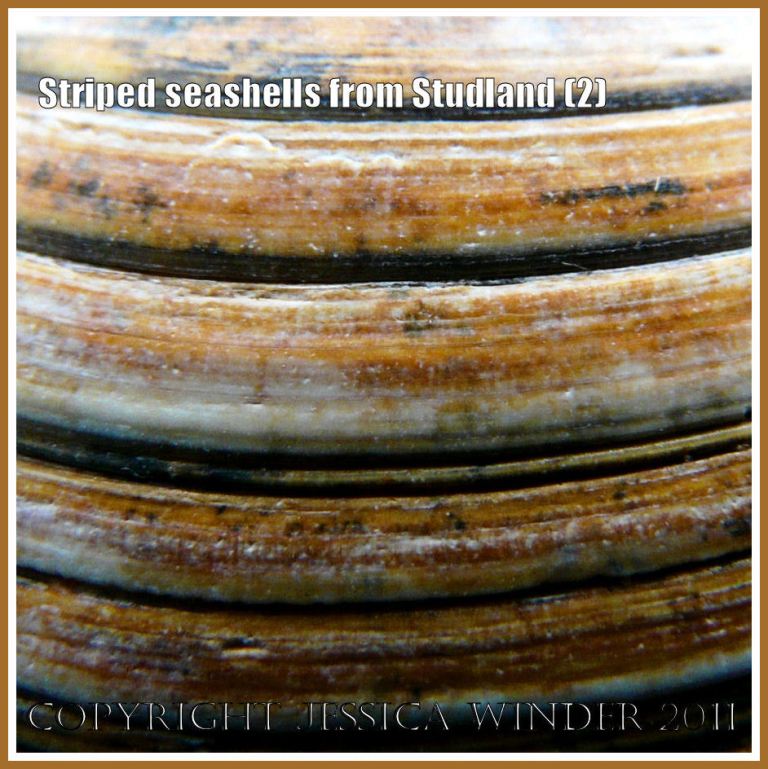 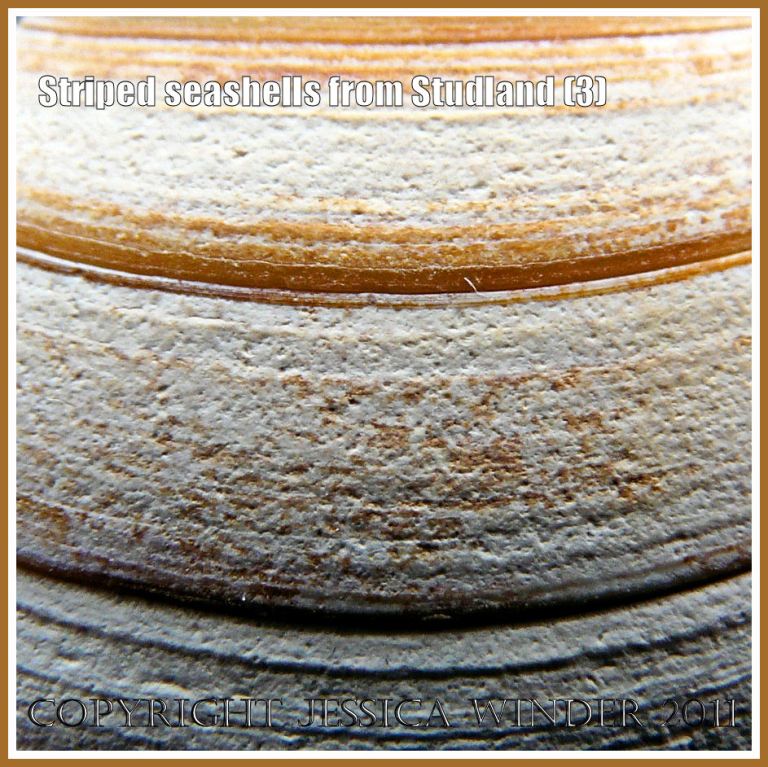 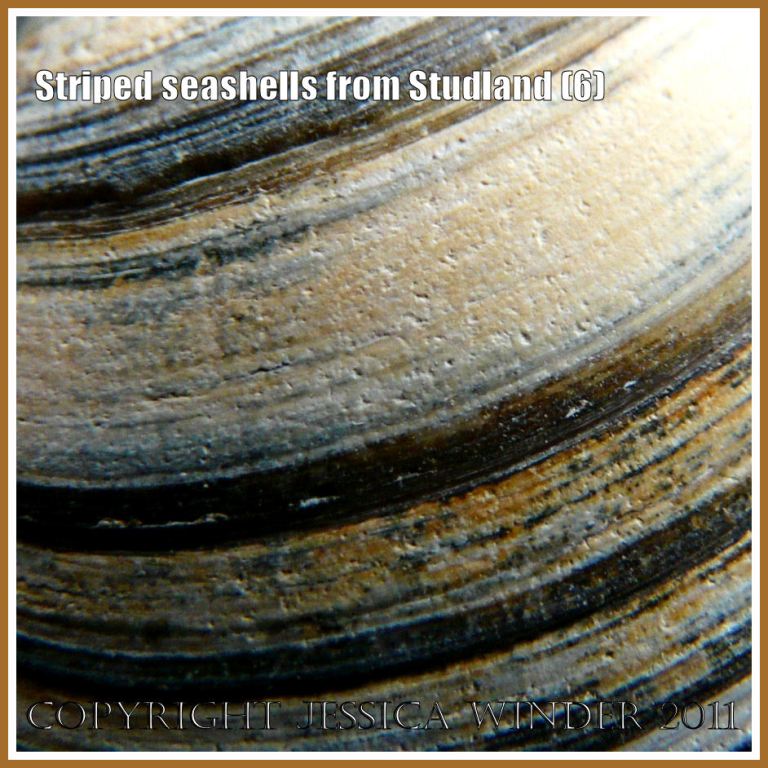 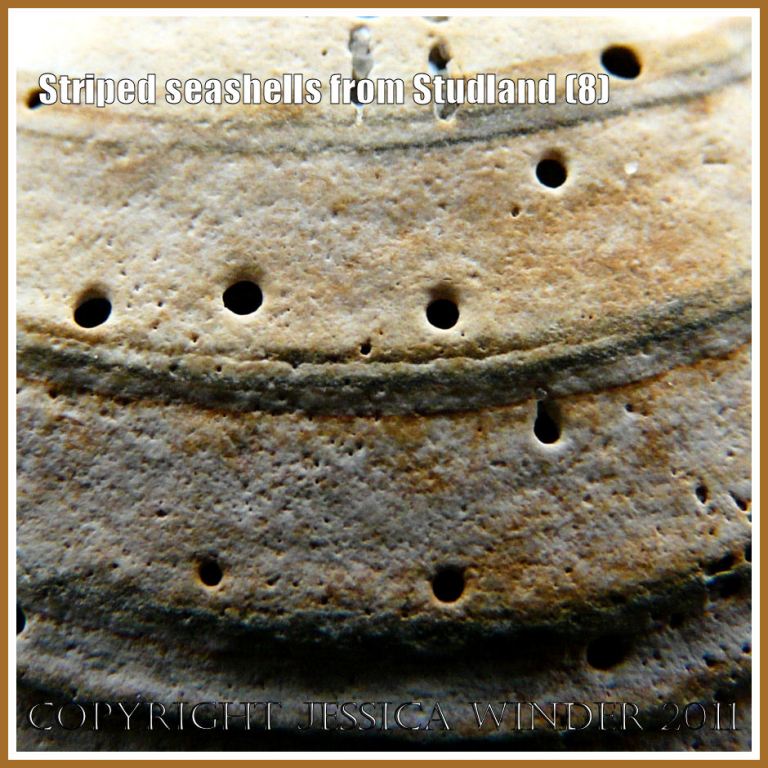 One Reply to “Striped seashells from Studland”