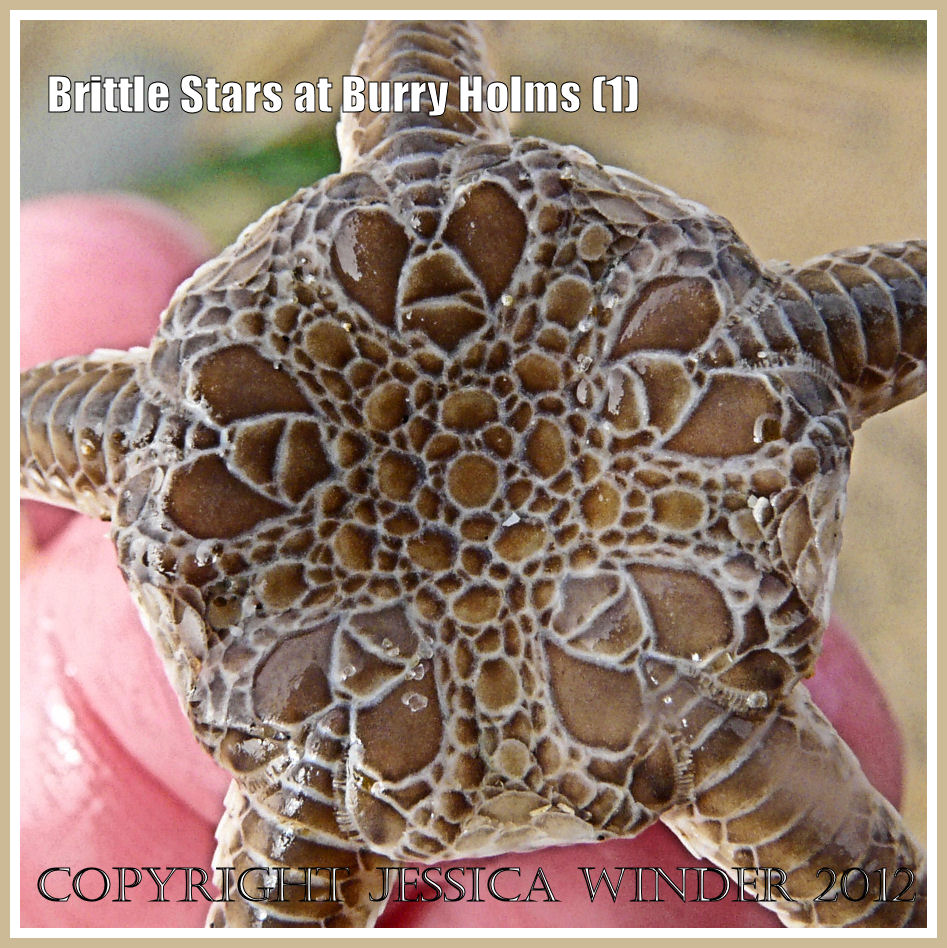 Brittle Stars are related to starfish but are generally smaller, much more active, and very prone to breaking their long,  thin, fragile arms. Like the starfishes and sea urchins their structure is based on a design of fives: with five arms, for example, and five toothed jaws around the mouth. This is termed pentamerous symmetry.

The animals have a small central disc – upto 30 mm across – that houses the body organs. The upper surface of the disc is covered with scales; the shape of the scales and the pattern they make differs from one species to another. In the specimen illustrated, which I think is Ophiura ophiura (Linnaeus), there are five rather pleasing heart-shaped configurations of scales at the base of each arm.

The slender arms are cased in scales and the segments articulate one with the other like in a suit of armour. Movement in the up and down directions is rather limited. Most movement is from side to side. By these horizontal movements, brittle stars can move very quickly and with great agility.

These Bruttle Stars were washed ashore en masse at Rhossili Bay. They were stranded with hundreds of other marine creatures in shallow pools and on the surface of wet sand left by the retreating tide on the causeway between the island of Burry Holms and Spaniard Rocks. The arms of some specimens were damaged with only stumps remaining. Others were intact. Some were half buried in sand. Others clustered in the shallow water pools. Isolated individuals high and dry on the wet sand wriggled vigorously until they gravitated to safer, wetter, positions. The six photographs at the bottom of this post show a rapid sequence of shots of the varied positions adopted by a Brittle Star as it manoeuvred itself to safer territory – it looked as if it was dancing. 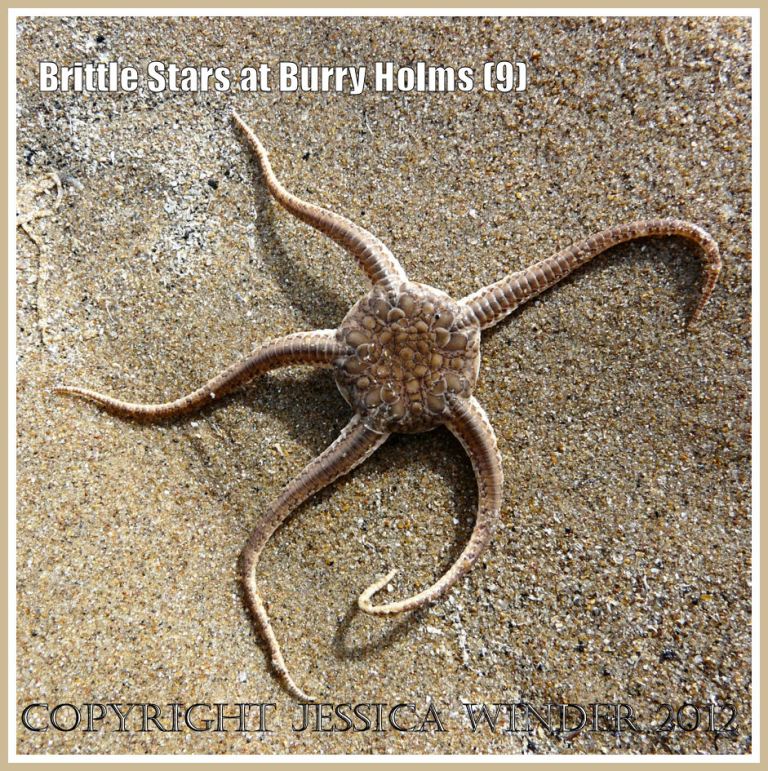