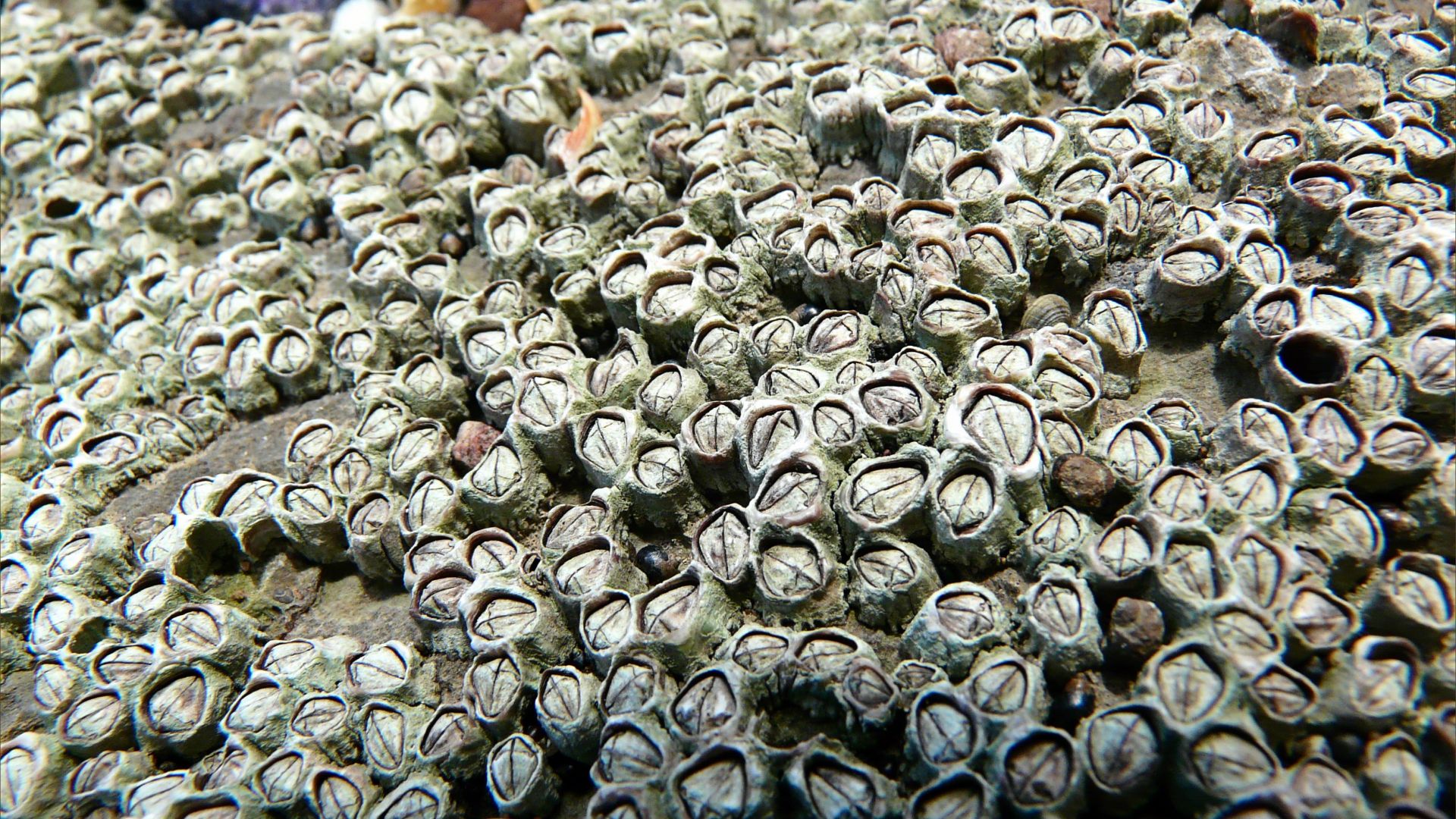 Acorn barnacles must be the most ignored creatures on the beach but they are probably the most successful seashore colonisers. They settle in huge numbers on all kinds of surfaces: static ones like rocks and moving ones like flotsam, buoys, and molluscs and their empty seashells.

There are lots of different types of barnacle and they are not easy for the amateur naturalist to distinguish. Charles Darwin wrote a series of treatises on the identification and life history of acorn barnacles in 1854. The Linnaean Society published a more up to date synopsis on Barnacles in 1976.

However, for the moment, it is enough to draw your attention to the detailed structure of each barnacle that you can see in close up. The arrangement of the calcareous plates that make up the upright ‘walls’ and the pattern of those that comprise the ‘lid’ are the main features by which to recognise the different species. The photograph above shows Acorn Barnacles covering rocks at Oxwich Bay, Gower – although, of course, they are common on beaches everywhere.

You can find evidence of barnacles, even diagnostic evidence, when the shell or chalky plates are absent or hidden from view. For example, barnacles attach themselves to objects with a kind of cement that still remains when the barnacle itself is knocked off. This barnacle ‘scar’ of cement has a characteristic pattern and you can even see annual growth rings (like in tree trunks). Some barnacles and  ‘scars’ are shown below on the shell of a European flat oyster (which is also covered with lace-like sea mat or Bryozoa).

The photograph below illustrates the detailed pattern of an acorn barnacle attachment ‘scar’ in which the annual growth lines are also visible in the cement. The oyster shell is from Poole Harbour in Dorset.