Commonly known as a “red nose”, this living Spiny Cockle Acanthocardia aculeata  (Linnaeus) was stranded on the causeway between the island of Burry Holms and Spaniard Rocks at Rhossili Bay, Gower, UK. It gets its name from its large red muscular foot which can be seen between the gaping shell valves in the picture above.

This specimen was photographed during a mass stranding one winter when thousands of molluscs and starfish were left high and dry by a particularly stormy sea. The red foot of the cockle is used to pull the animal deep down into the sediments where it normally lives. In the picture below the bivalved animal is extending its foot in an attempt to get a grip on the sandy substrate to rebury itself. 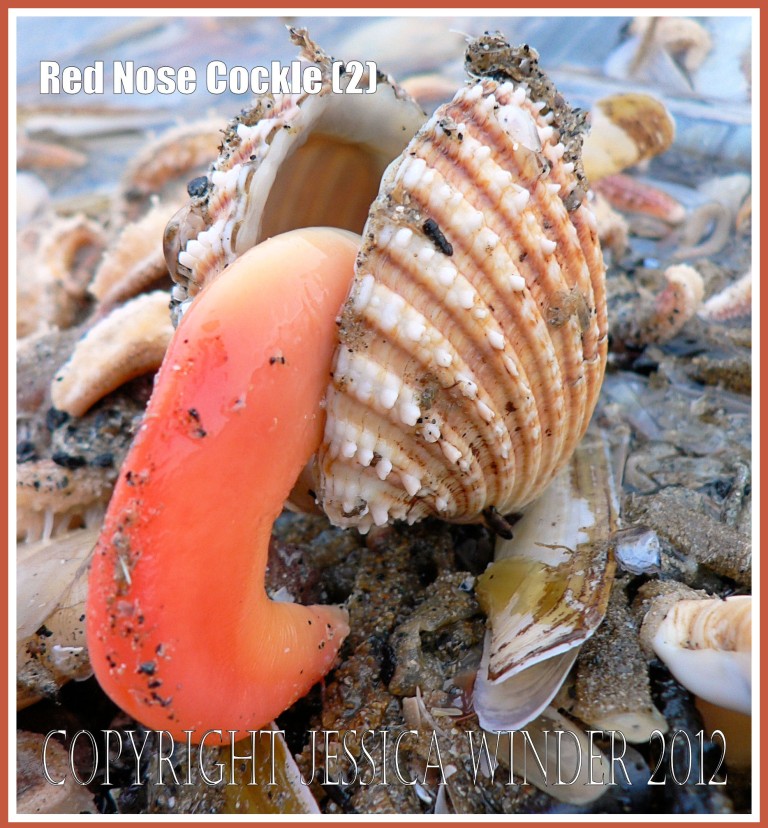 5 Replies to “A “red nose” cockle – from Rhossili Bay”