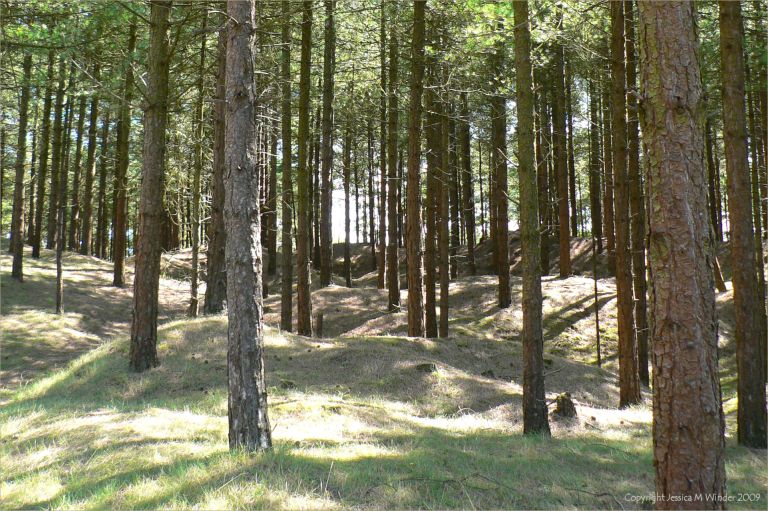 Sandy shores are dynamic systems with ever mobile sediments – stabilising and then self destroying. You can see these processes in action at the Whiteford National Nature Reserve, Gower, (National Trust-owned Site of Special Scientific Interest). You can get more information about the area from the National Trust Web Site.

The top picture shows pine trees established in sand dunes of Whiteford Burrows in a relatively sheltered part of the area – away from the direct onslaughts of wind, sea and rain. The dunes are fully stabilised. 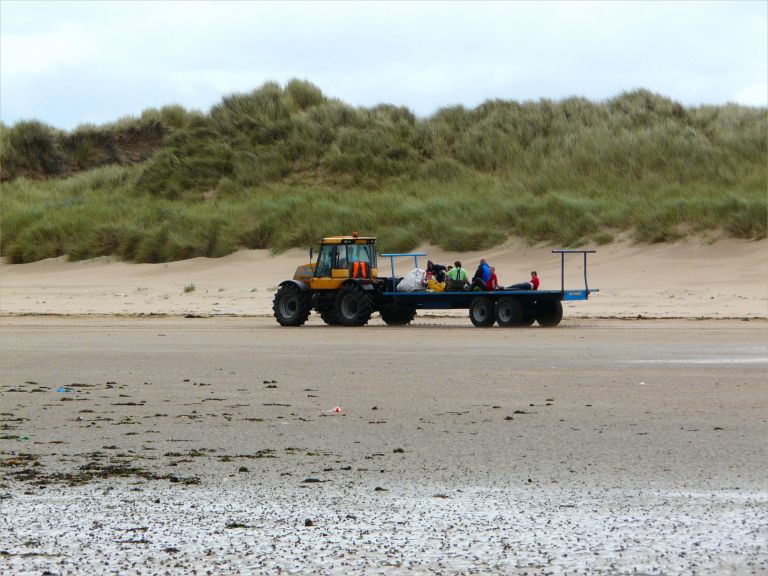 The more normal appearance of intact sand dunes, colonised by marram grass, found at the top of the sea shore in the southern relatively sheltered part of Whiteford sands. The picture was taken in August 2008 as local people congregated and rode out to the rocks by the defunct iron Whiteford lighthouse to gather mussels.

As you walk northwards along the beach in the direction of Whiteford Point, you can see the beginning of the undercutting process on the dunes after the extremes of the winter weather and seas. A low cliff of about 30 cms has been formed  by the cut-back and you can see the etched original layers of sand that form the dune. 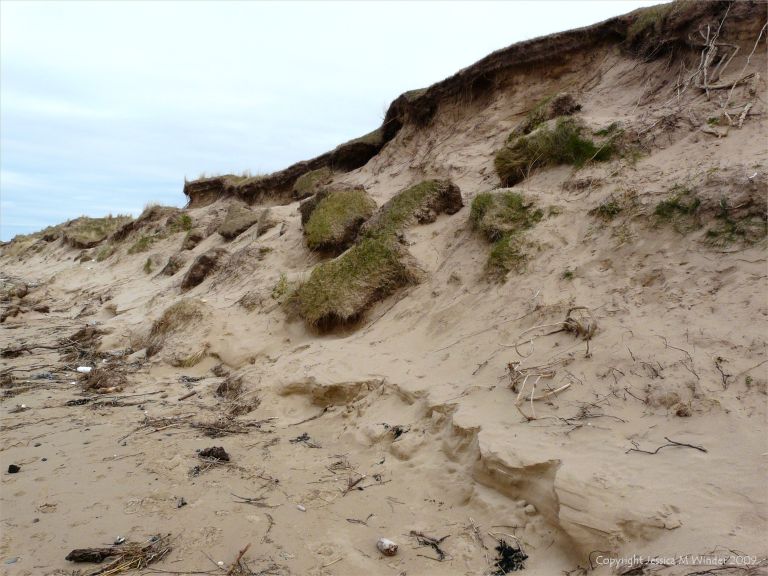 As the seawards face of the dune is progressively eroded by the winter weather, the vegetation loses its hold and collapses down the slope as large lumps of turf. 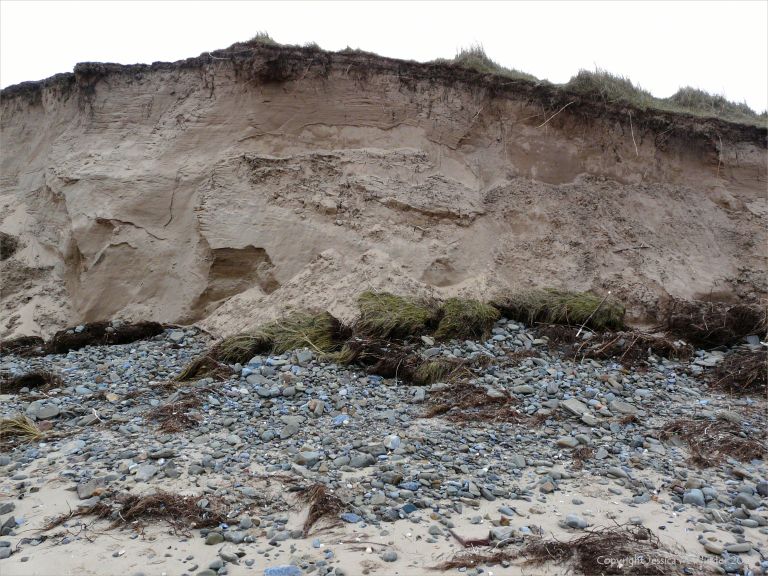 When you get close to the Point at the northern end of the beach, the wearing away of the dunes reveals the underlying bed of pebbles at the dune base – onto which the turf now tumbles.

With further wearing away of the dune, the trees and root systems of colonising vegetation that bound the dune and stabilised it, are uncovered. However, while some dunes are wearing away, others are completely stable and bearing unusual and rare species of vegetation. In yet other areas of the reserve, the sand is building up, and becoming gradually more colonised by plants.

The whole place is the most marvellous and exciting location which never fails to stimulate the imagination and the curiosity to know more. It is a wonderful place to walk; to study plants, seashore creatures, geology, birds, mammals; and simply to invigorate the senses.

One Reply to “Dune erosion in action at Whiteford Sands”