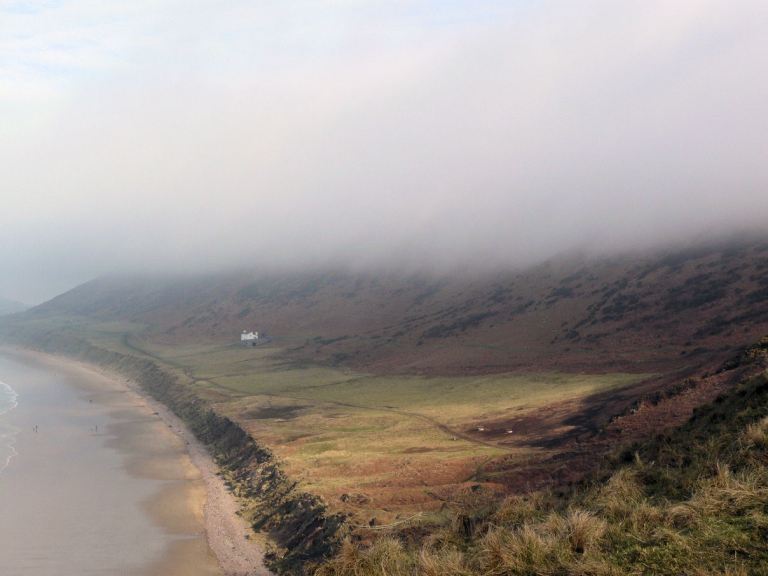 22,000 years ago a massive ice sheet covered most of Gower in South Wales – but the hill known as Rhossili Down escaped the clutches of the ice. However, deep down, the ground was permanently frozen (the permafrost); while at the surface, the repeated alternation of freezing and thawing cracked and crumbled the rocks.

This gave rise to jagged shards of stone as well as to finer sediments. In periods of warmer weather this debris was washed down the scarp of Rhossili Down and formed an apron of material at its base that extended out into the sea.

This soft deposit of solifluction debris has been gradually worn back by the tides and can be seen as the low flat platform or bench on which the white-walled Old Rectory now stands. This is shown in the photograph above. The old Medieval village of Rhossili was also built here. 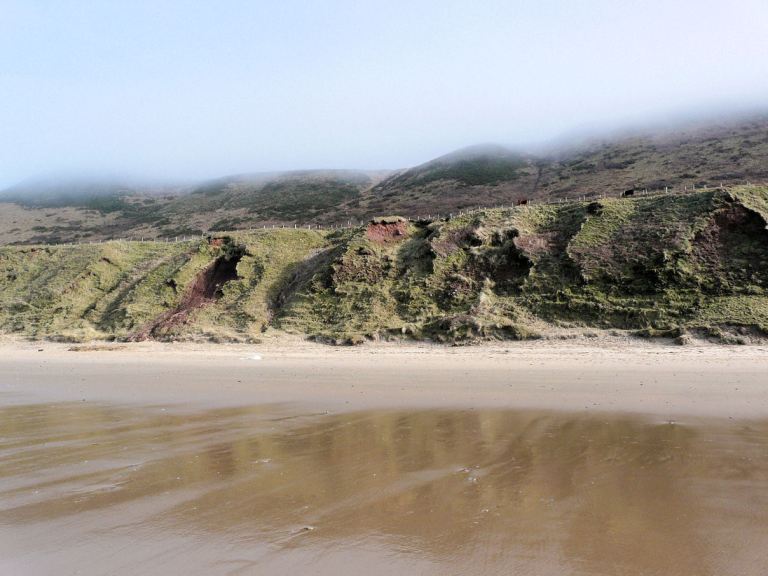 The platform has a steep scarp slope down to the beach. It is still subject to erosion today by under-cutting waves, down-cutting streams, trampling cattle, and clambering holidaymakers. Looking face-on to the platform, as in the photograph above, you can see how the soil is slipping down at intervals along its length. 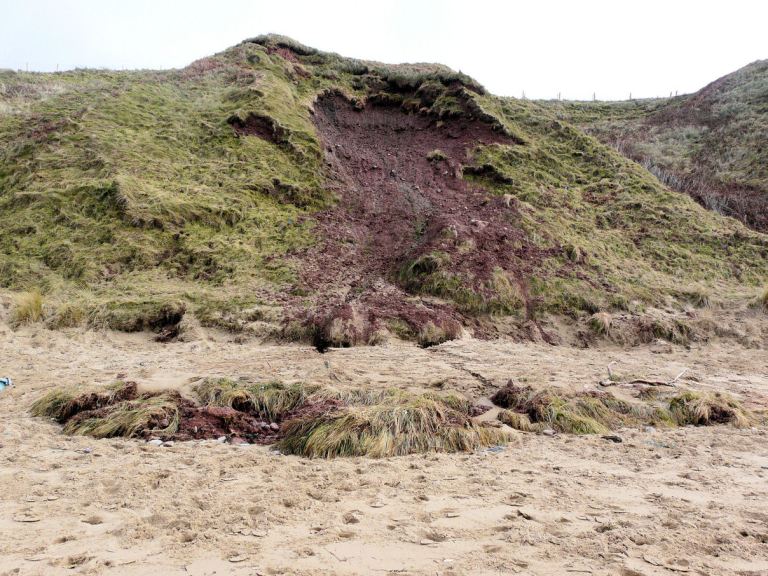 In the picture above, of one recent mud-slip or land slide, entire clumps of turf now rest on the sandy shore and the underlying rich red soil is revealed. The colour is due to its origin as Old Red Devonian Sandstone. This is in contrast to the grey rocks of Carboniferous Limestone that form the headlands of Worms Head and Burry Holm which are the outer arms of Rhossili Bay.

In the picture below, cattle graze on the solifluction bench, its slope, and the beach at its base.

For more information about the geology of Gower (and other matters), there are two really excellent books:

3 Replies to “Red mud-slips at Rhossili”