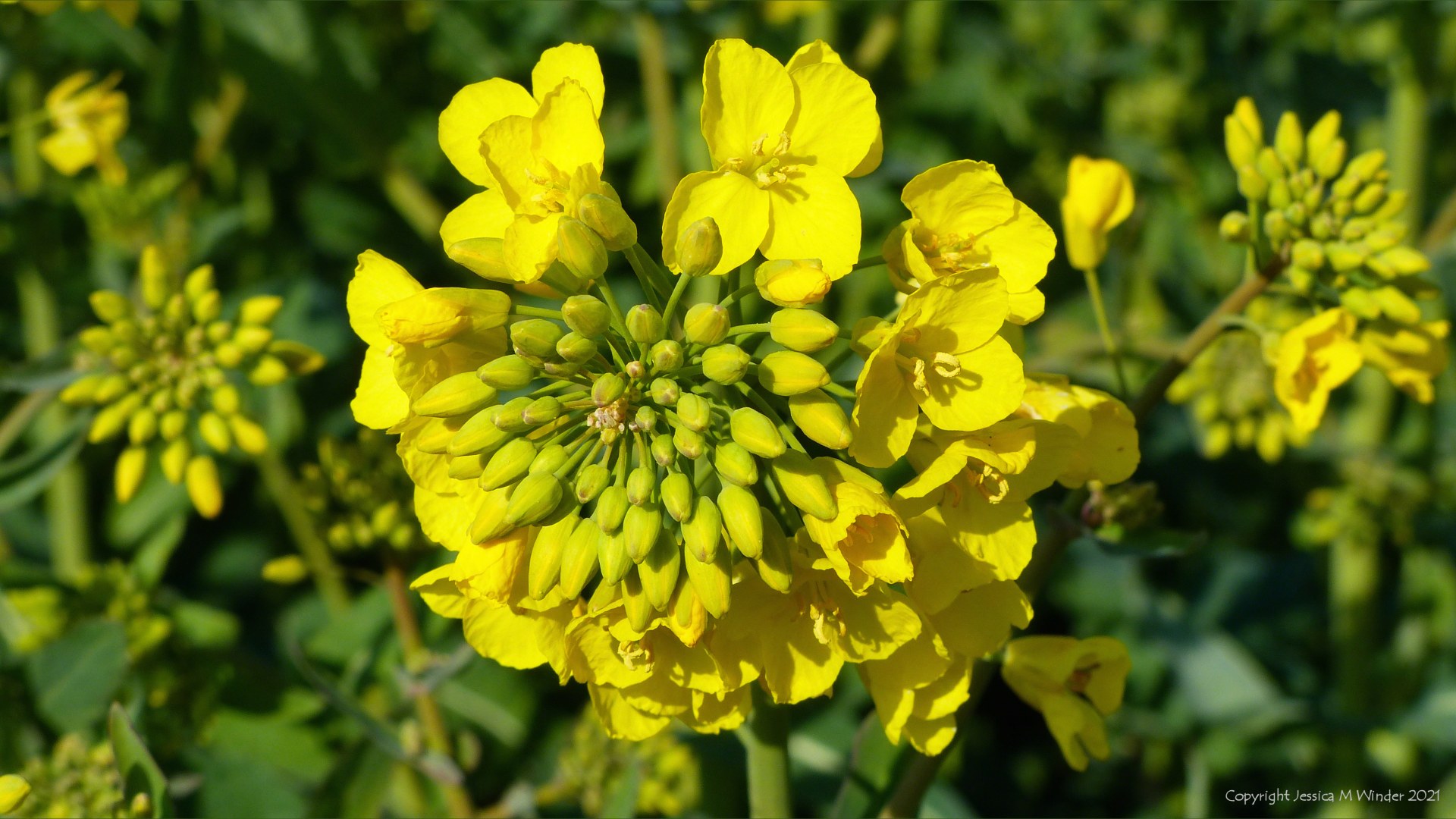 April Country Walk 1.9-16 Continue in my footsteps with this walk into the fields around my Dorset village on 10th April 2021 (Part 2). I have to admit that it was exhilarating to be out in the open countryside on such a lovely afternoon. It has been a long time since I have been able to walk that far and I felt an incredible sense of freedom.

Once through the first and second five-bar gates, there were so many lovely prospects to admire from the footpath which leads from Charlton Down towards Waterston Ridge. (9,10) Looking north, the ground sloped up to Charlton Higher Down with an ancient hedgerow bordering the field of yellow flowering rape. The hedge had been recently cut but the farmer had allowed some trees like holly and hawthorn to grow. (11,12) The rape stalks were tall with many blooms, but not all buds were anything near opening, as you can see from the close-up pictures. Even so, it was hard to believe the number of bees of so many different species that were deliriously feeding on the nectar already available. (13) I like the linear patterns that the farmer makes with his tractor when he is ploughing and sowing, and through standing crops to enable inspections; I call them tram lines.

While the yellow rape predominates the landscape to the left and north of the path, to the right and south are expansive, panoramic views of flatter fields where the new crops are just beginning to show green (14). The blue sky was not entirely clear and small white clouds scudded past so that sometimes the fields glowed in the sunshine whilst at other times long moving shadows striped across them (15). On reaching the end of the yellow field, the path diverged in three directions and I had to decide which to take. Ahead and eastwards lay the trees of Wolfeton Clump which looked enticing (16), but I had espied a group of trees to left which seemed closer – and so I headed north for the next and final leg of the walk.