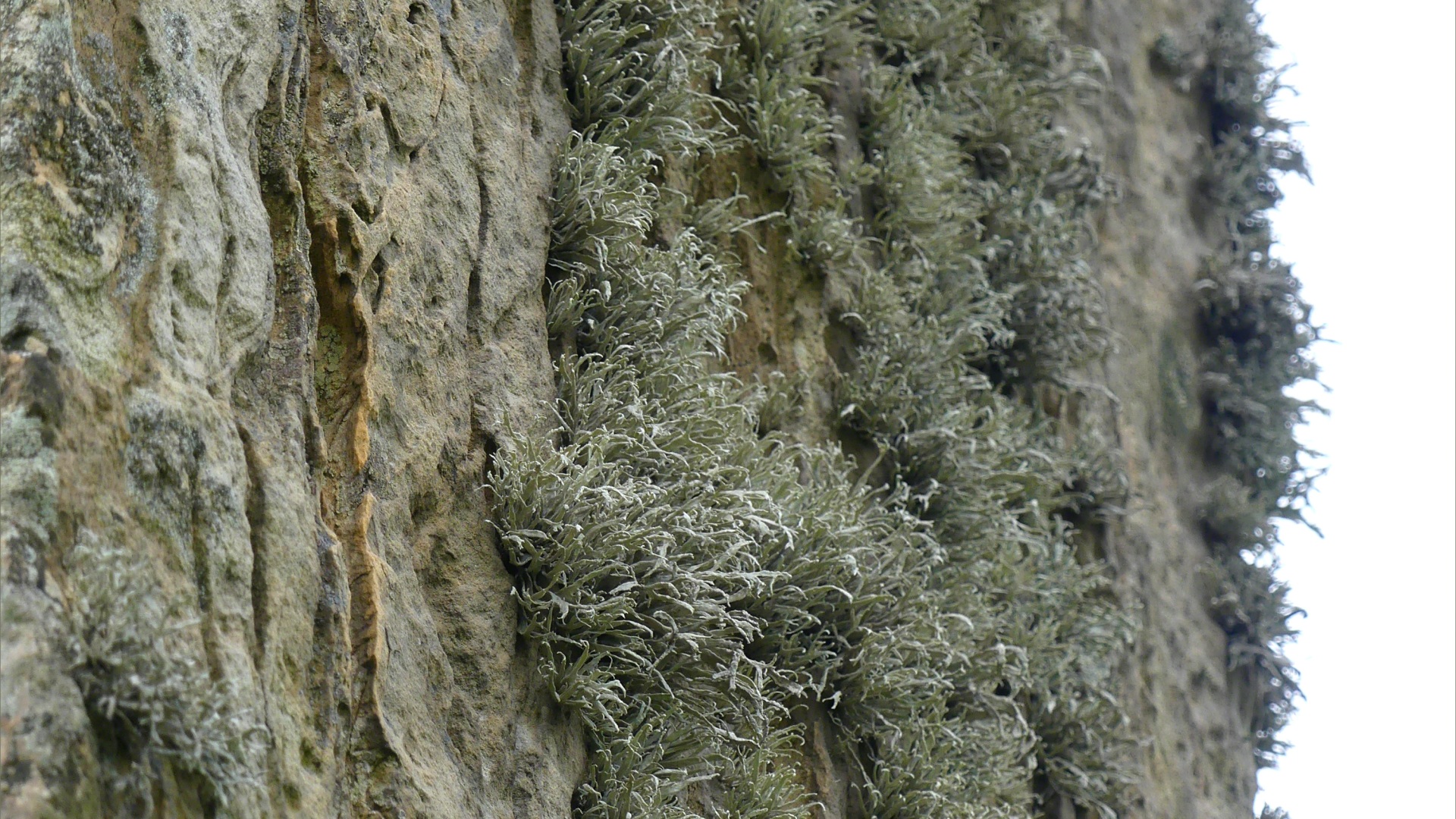 The Stones of Stenness stand on a narrow strip of land between Harray Loch and Stenness Loch in West Mainland, Orkney. They are slabs of Devonian flagstone from various localities on the Island. The tallest of them stands 16 feet high, and they are all remarkably thin to be surviving at that height. The stones constitute the remaining four of a possible 12 that were erected as a henge monument 5000 years ago. Some additional smaller stone slabs are thought to have been part of a dolmen or burial chamber. Originally the circle of stones was surrounded by a ring ditch and mound. Altogether it is estimated that it would have taken 50,000 hours of work to construct the site. That would be the equivalent of 50 people working 40 hours a week for six months to dig the ditch and raise the stones to a vertical position. 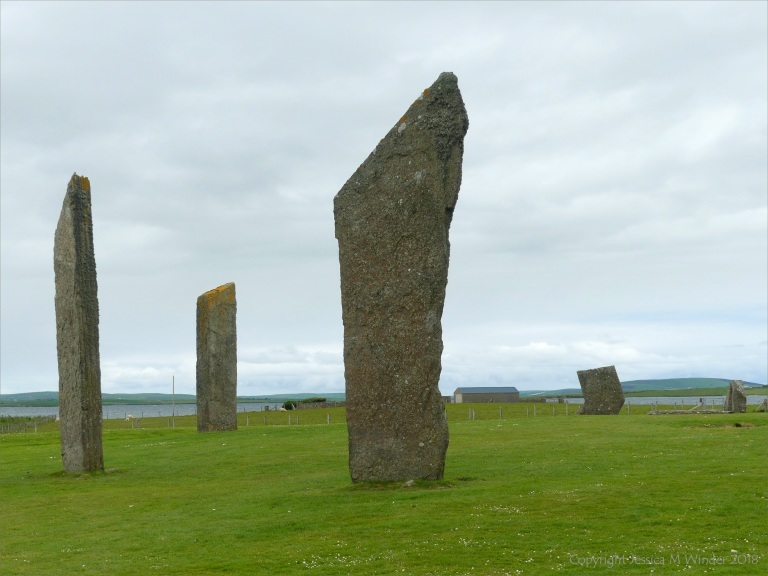 We are lucky that these stones exist today because they were not viewed with great respect in the past, being considered useful building materials by some people. In fact, a local tenant farmer was only just stopped in time by the local community from dynamiting them in 1814.  Apparently there is still a hole where the stick of dynamite was placed – but I didn’t see that. Early tourists who came to admire the stones in the 19th century, and maybe earlier, also lacked respect for the stones by carving their initials on them – joining the engraved Pictish symbols hiding on the weathered and lichen encrusted surfaces. Natural erosion by the elements has scoured the surfaces of the stones to reveal the often convoluted rock layers of which they are composed.

25 Replies to “Rock textures on Stones of Stenness”