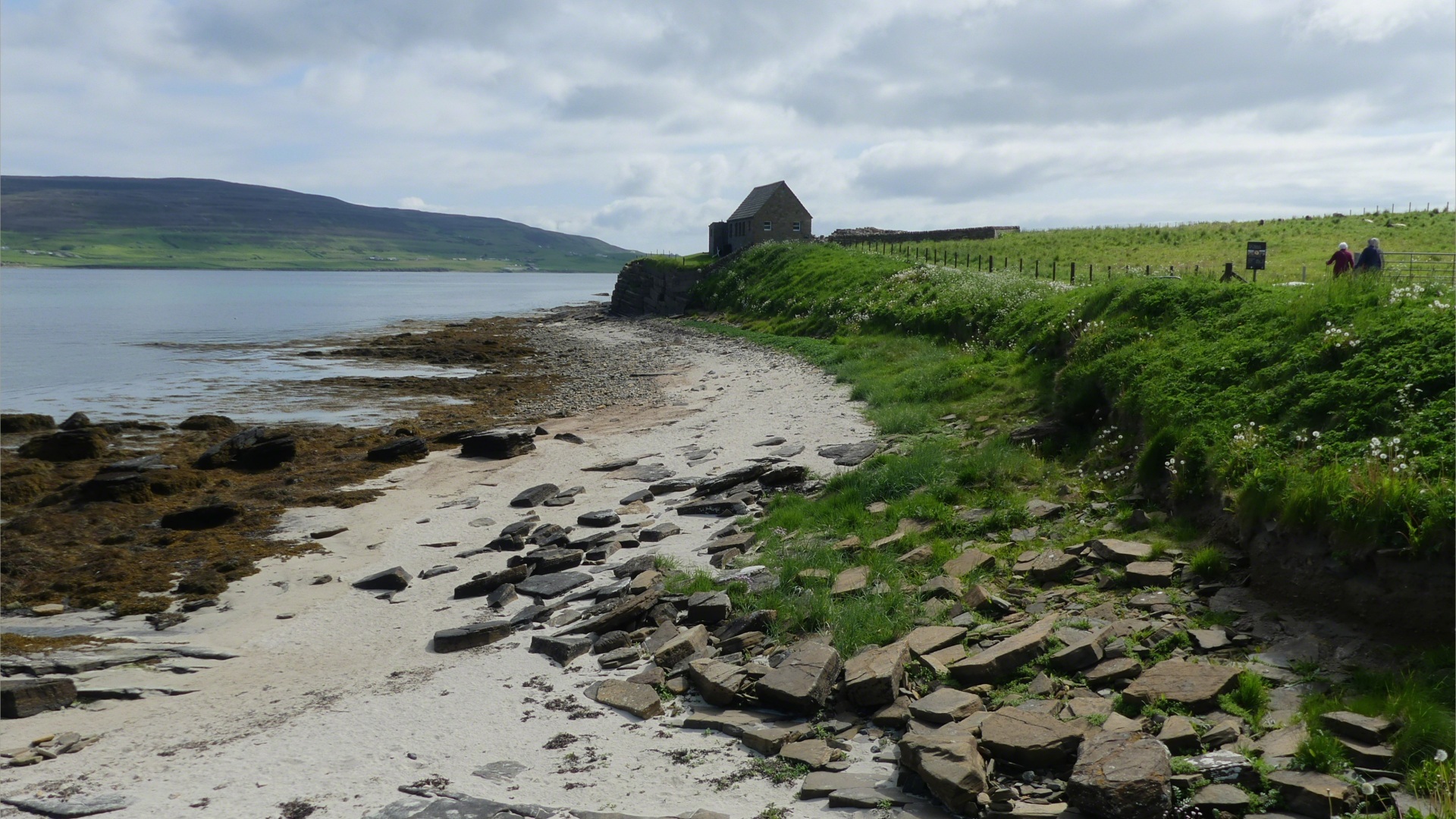 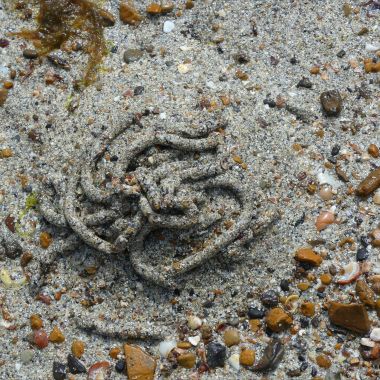 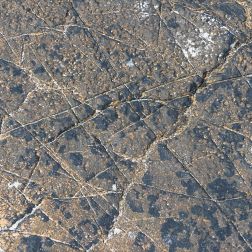 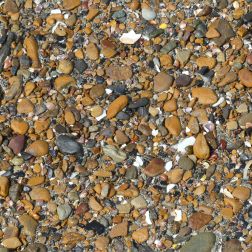 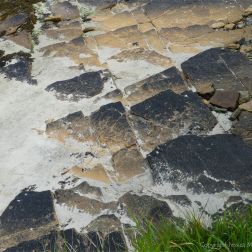 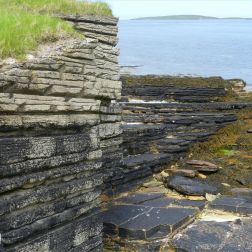 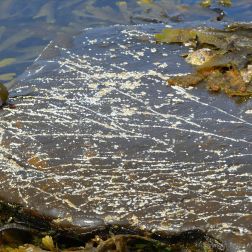 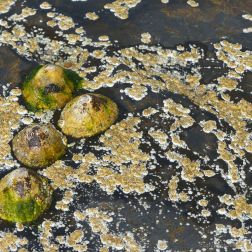 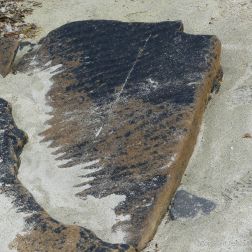 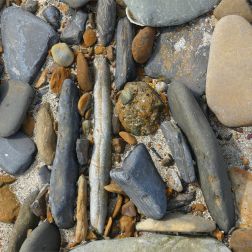 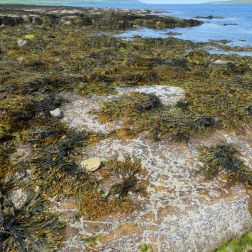 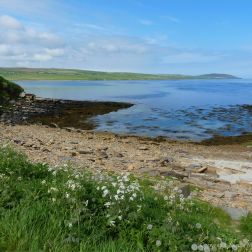 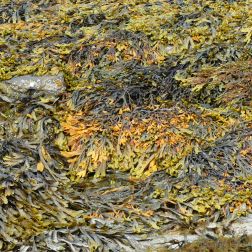 Point of Hellia (HY 380 269) marks the easternmost edge of the bay at Sands of Evie, and is accessed through Aikerness in West Mainland, Orkney. Most people who pass this way are heading for the archaeological site of the Broch of Gurness (more about this later). Looking west from Point of Hellia, Grit Ness is visible on the other side of the bay. A view over Eynhallow Sound to Rousay is given to the north. Westwards lies the Broch of Gurness and the visitor centre on the cliff top.

Like many shores in Orkney, the Point of Hellia has exposures of almost horizontal layers of Stromness Flagstone (Upper) dating from the Devonian Period about 400 million years ago. The bedrock onshore is covered with glacial till and windblown sand. The low cliffs are subject to erosion and have been effectively reinforced by concrete replica cliffs. Not many would notice the difference. Certainly, the fulmars congregating and nesting on its ledges treated them as if they were the real thing. Looking down on the seashore from the Broch site, most of the rocks are blackened by a covering of some kind of biofilm, maybe lichen such as Verrucaria maura. Areas which are not encrusted with it show much brighter lighter colours of yellow or orange. On some slabs the superficial nature of the black colouring is obvious because thin top layers of rock have recently been knocked off revealing the contrast in colour just below it. From above, areas of fossilised sand ripples and ancient dried-out mud cracks are clear to see on the flagstone slabs.

Most of the beach is rocky, with a few areas like steps across the layers, or laid out like paving slabs. Irregular beach stones, small pebbles, and coarse white shelly sand also occupy large areas. Patches of pink sea thrift look decorative against the black rocks on the upper shore. Large areas of olive green and brown fucoid algae such as egg wrack and bladder wrack attach to intertidal rock surfaces. Limpets, dog whelks and barnacles thrive amongst the seaweed. Newly settled barnacles colonise the natural crevices in large boulders forming patterns of white lines on their black crust.