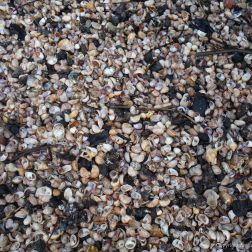 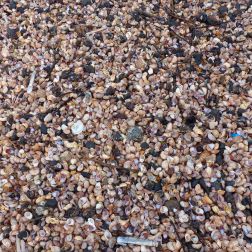 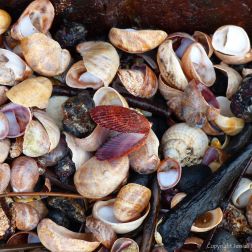 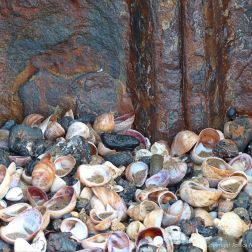 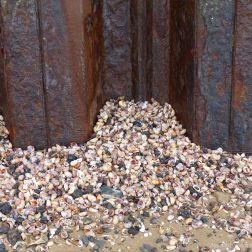 Up against the rusty iron panels of the West Pier at Swansea Harbour lie drifts of seashells, mostly of slipper limpets with oysters, whelks and the occasional variegated scallop shell. Intermixed with the shells is evidence of the area’s metal manufacturing heritage in the form of dark lumps of clinker and slag from furnaces and smelters used in the past production of metals such as copper, zinc, steel and tin. Clinker and slag has been extensively used along with domestic waste for land reclamation and landfill in the region. This is documented by Waters et al in a report on the Urban Geology of Swansea and Port Talbot. Some of this industrial waste material has ended up amongst the natural debris on the shore of Swansea Bay, most notably in large accumulations against the pier structure but also along the top of shore strandline on the beach for hundreds of metres.

6 Replies to “Slag and Slipper Limpets in Swansea Bay”