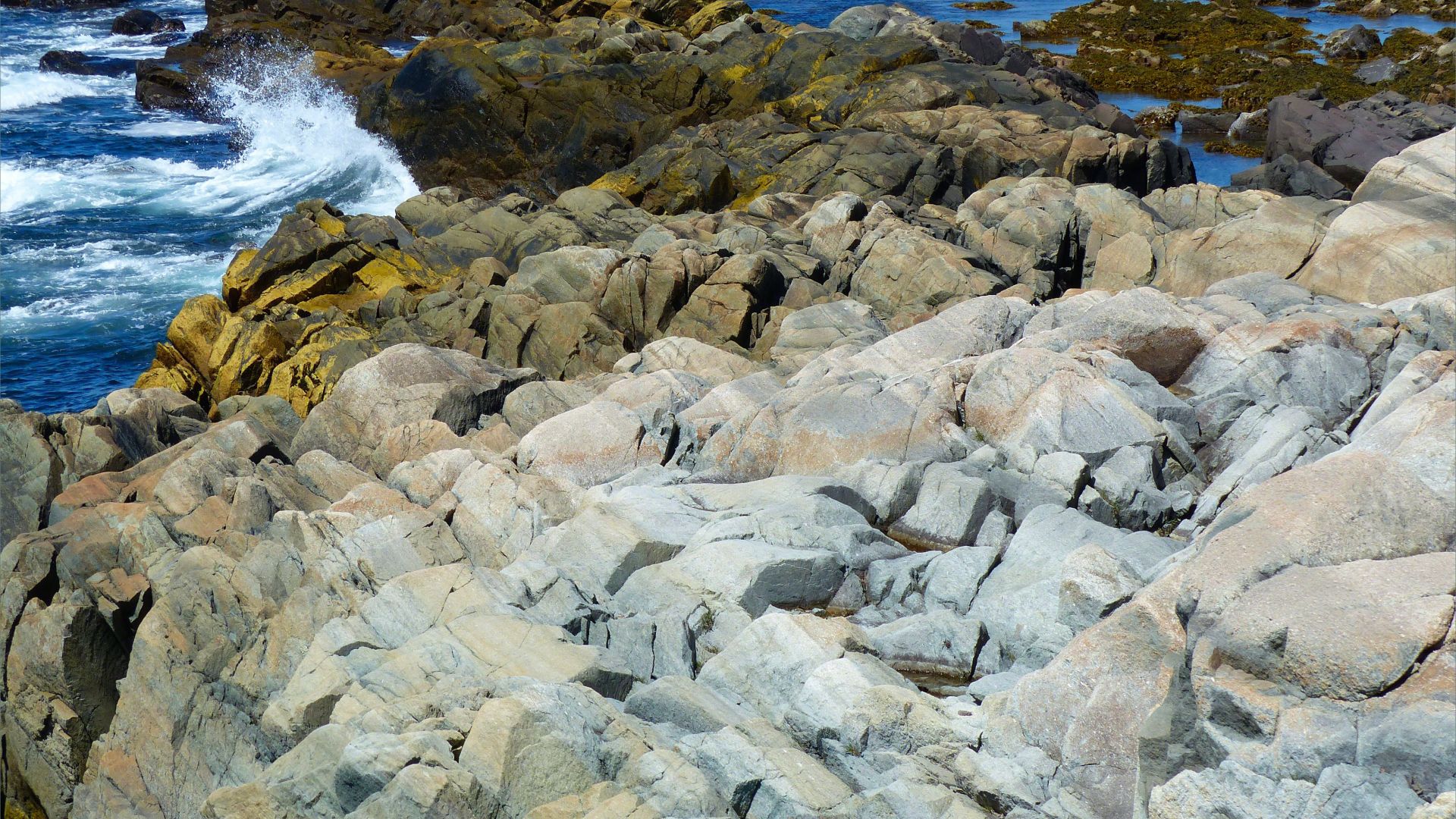 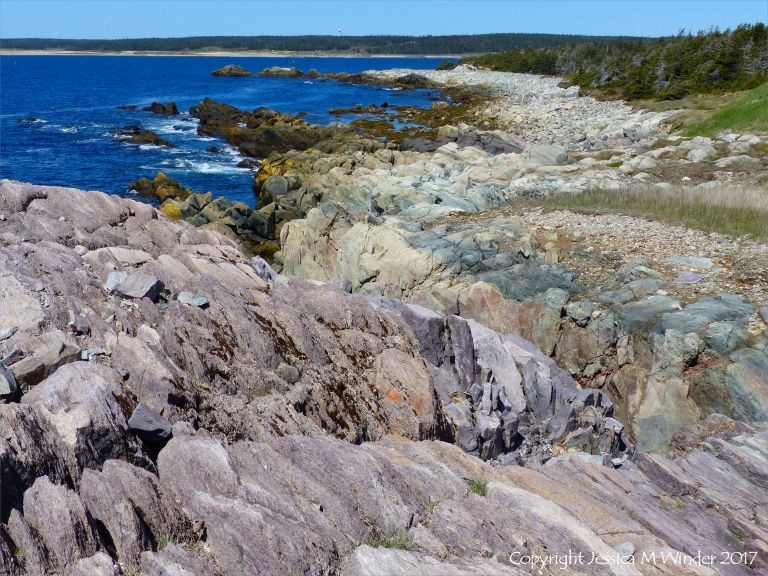 The rocks around Louisbourg Lighthouse on Cape Breton Island in Nova Scotia belong to the Lighthouse Point Member of the Main-a-Dieu sequence (formerly assigned to the Fouchu Group). They were deposited 575 million years ago, following a series of explosive volcanic eruptions in a subduction zone at the edge of a continental plate. They are the youngest rocks from the Coastal Belt and represent the end of an era of violent volcanic eruptions in this part of Avalonia. The pyroclastic deposits around Louisbourg Lighthouse are made of compacted pumiceous ash in ignimbritic units, and the resulting rock is called tuff. Layers within the tuff, distinguished by varying shades of grey, represent a series of separate eruption events. The grey layers transition into a purple layer of welded tuff where the ash and debris remained hot enough to melt the individual particles together as they landed.

[We stayed at the most excellent Louisbourg Harbour Inn while we explored this part of Cape Breton Island.] 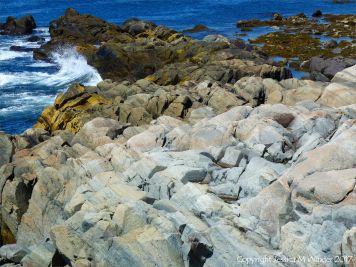 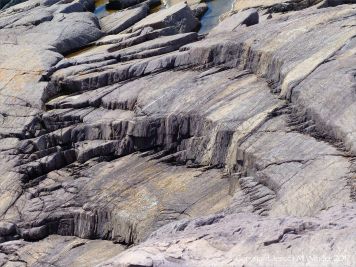 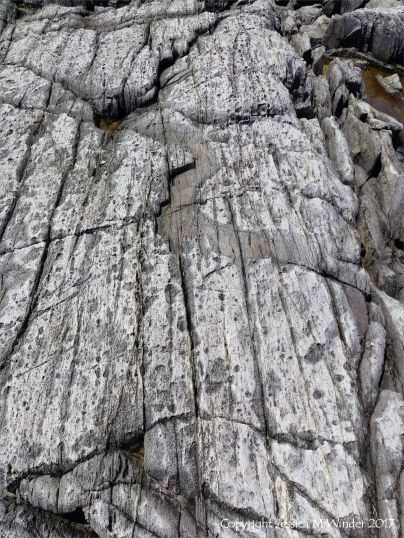 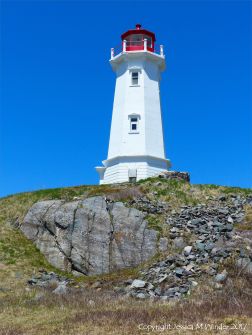 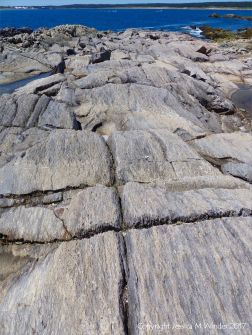