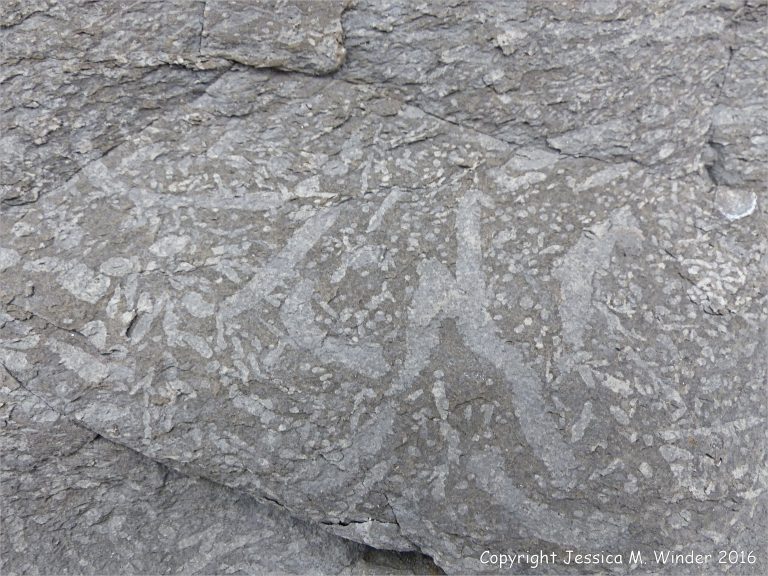 The alternating dark and light rock layers of the Belemnite Marls (belonging to the Lower Lias division of the Jurassic Period) at Seatown in Dorset, England, are riddled with small trace fossil burrows. These are mostly tunnels that were dug into the soft seabed sediments by marine organisms such as marine worms and crabs before the sediments became lithified or converted to hard stone. The patterns of these trace or ichno fossils in the cliffs show a wide range of sizes in the burrows with cross-section and longitudinal section views. Some of the tunnels are branched, some are u-shaped, and many are irregular. The shape and size of the burrows, and the particular location of the stratum in which they appear, provide clues to the identity of the creatures responsible. The burrows include Rhizocorallium, Thalassinoides, and Chondrites (Woods 2011). Most of the burrows shown in the photographs here are easy to see because of their contrasting colour – they have been excavated in layers of the darker sediment and have at a later stage been in-filled with the lighter coloured sediments from the layer above. The opposite can also happen, with burrows in lighter sediment being infilled with darker material from above, as seen in a couple of the pictures. Not all the trace fossils are burrows. Some traces appear to be a breaking up of the semi-solidified surface deposits with inter-mixing of sediment from the deposit above. 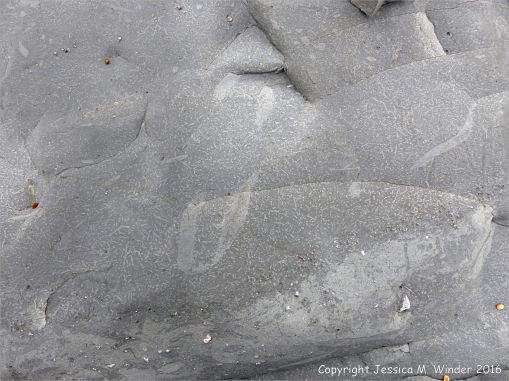 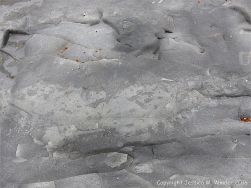 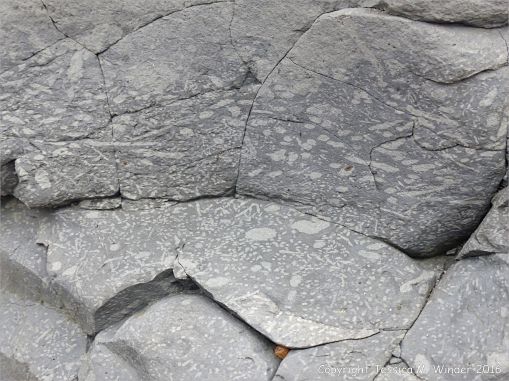 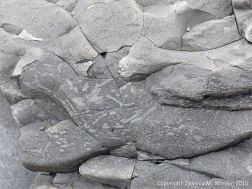 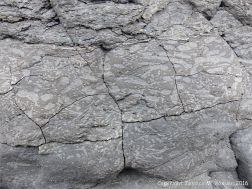 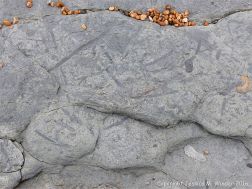