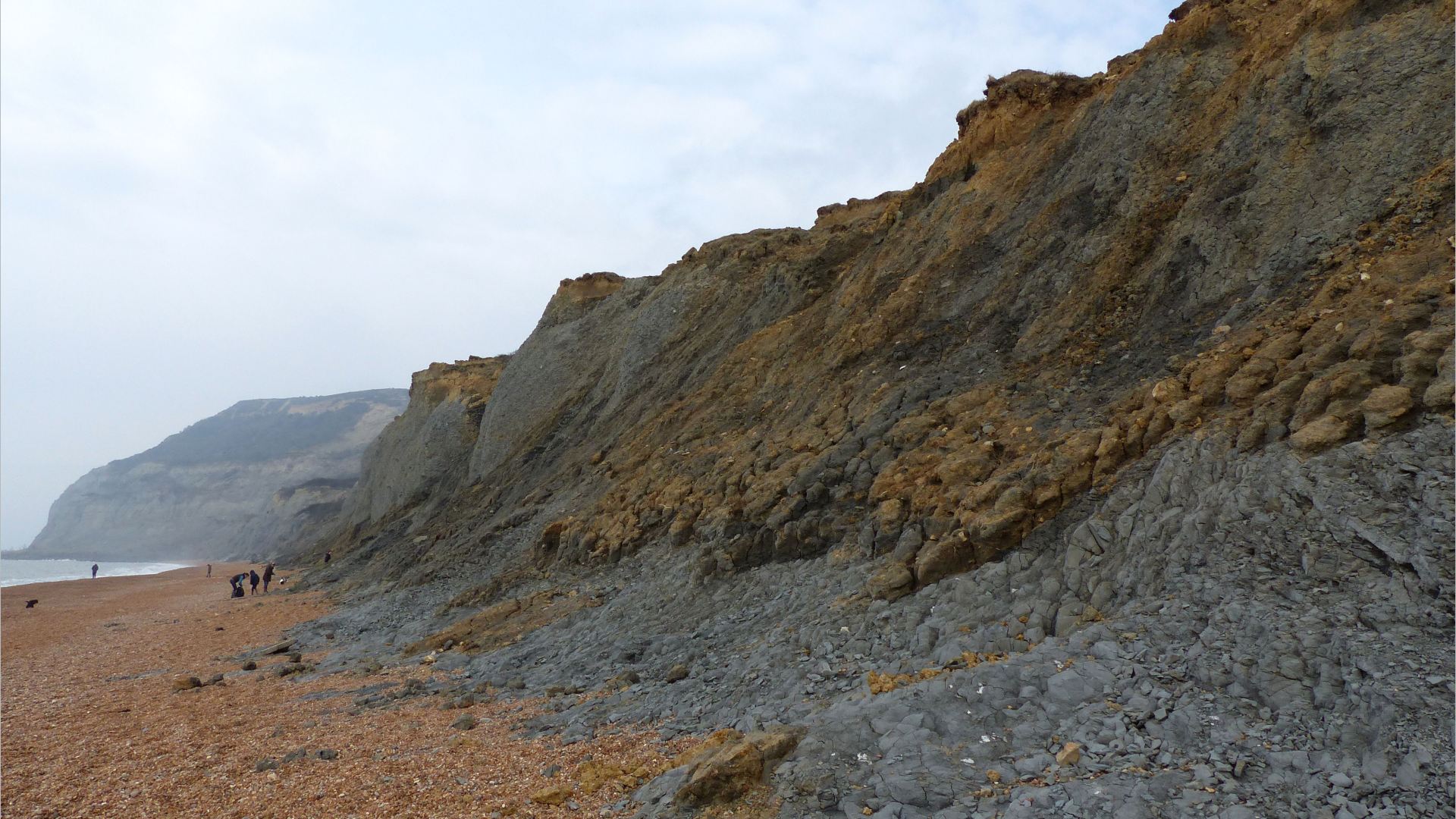 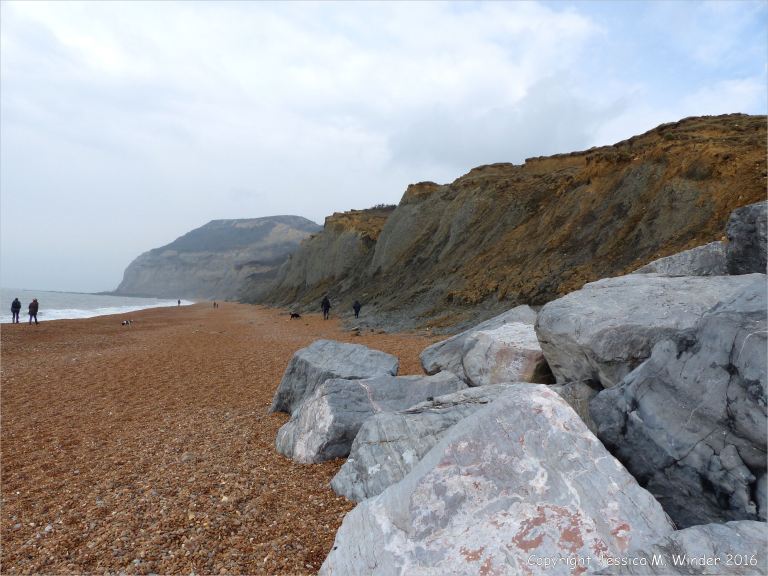 In my previous post about rip-rap rocks on Seatown Beach in Dorset I mentioned that the boulders had been positioned to protect the soft cliffs from erosion. This post shows the first of a series of photographs illustrating these soft eroding cliffs on the western side of the beach.The cliffs are made of Lower and Middle Lias rocks from the  Jurassic Period.

The lower part of cliff section nearest to the rip-rap, and just west of the fault valley with the River Char, is the Green Ammonite Member of the Charmouth Mudstone Formation; this is principally a medium or dark grey mudstone which can be silty or sandy in the top part. The upper area of the cliff belongs to the Dyrham Formation; this is more variable in composition and includes pale to dark grey and greenish grey micaceous mudstone with interbeds of siltstone or very fine sandstone that weathers to brown or yellow (Woods 2011). Clay, sandstone, limestone layers and concretions are much more common in the Dyrham Formation. It is difficult to see exactly what is going on with the stratification here because so much is obscured by landslips and mud slides. Small streams cut down from the cliff top, softening the mudstones and sandstones, causing areas of collapse, and carrying the muddy fluid and liquid clay down to the pebble shore. The pattern of erosion and weathering is repeated all along the beach towards Golden Cap.

As usual, I am still working out my understanding of these perplexing cliffs, trying to find key fixed points or features from which I can work outwards to unravel the stratigraphy. At first it all looks a bit of a mess but I am sure I can interpret it in the end. At least there was a great array of natural textures and patterns to capture, and many processes of accumulation and disintegration to study. 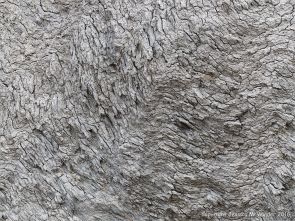 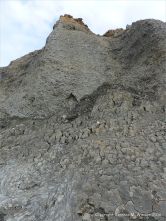 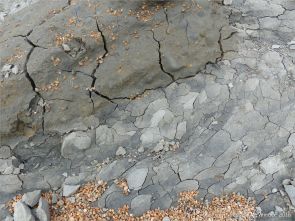 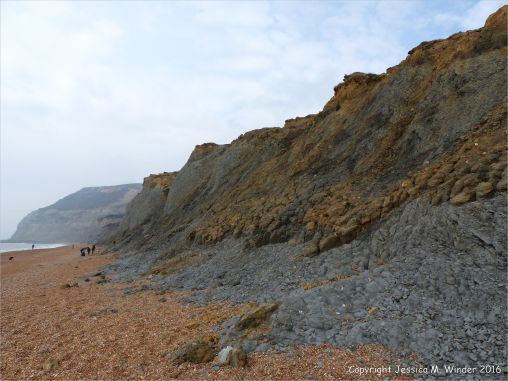 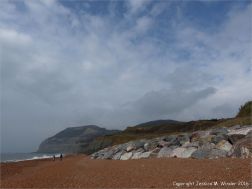 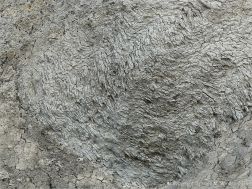 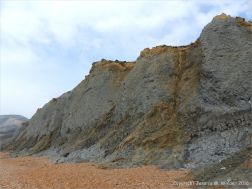 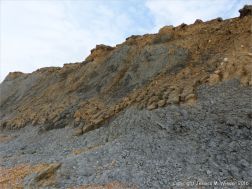 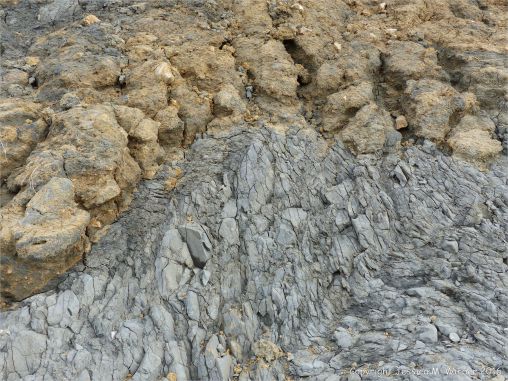 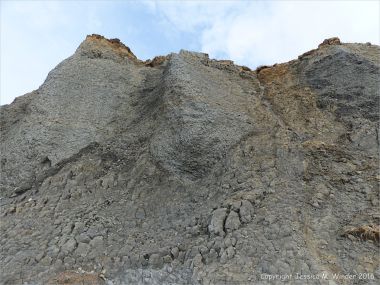 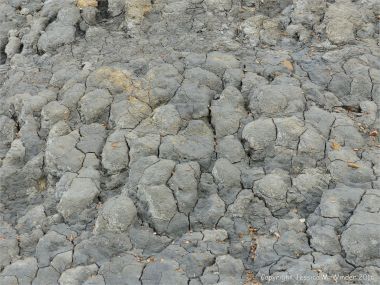 4 Replies to “Cliffs on the west side of Seatown Beach”