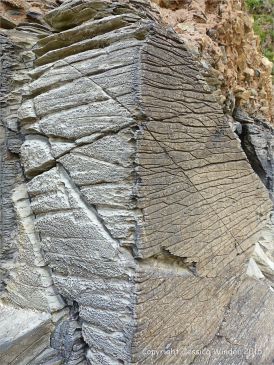 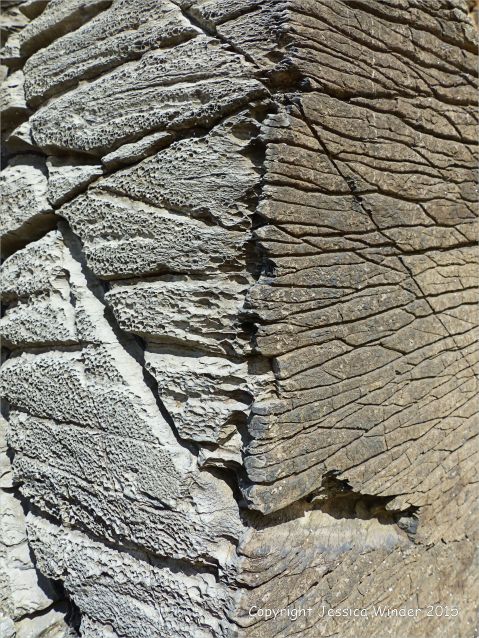 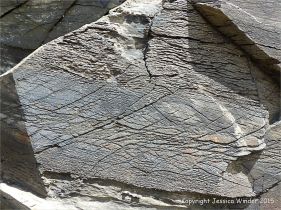 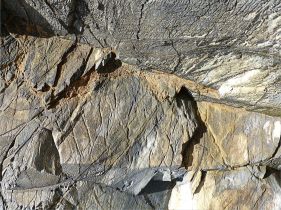 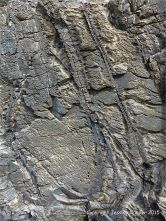 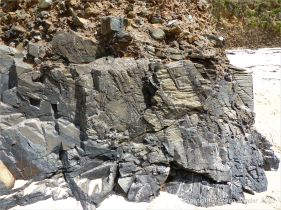 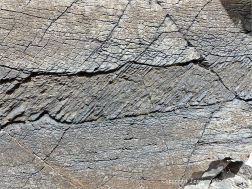 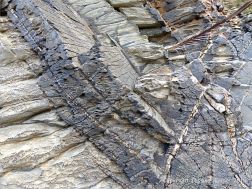 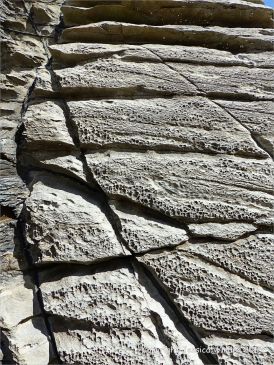 The rocks in Cornwall are certainly different from any that I’ve seen before. Generally speaking, they are mostly igneous and metamorphic in type. Often the igneous rocks themselves have been metamorphosed. The rocks shown here were seen on the beach at Porthmeor and adjacent to The Island at St Ives. They lie below a thick layer of rusty-coloured superficial deposit of glacial till. I am not absolutely certain what the bedrock is. There are a number of rock types described by the British Geological Survey in their Geology of Britain Viewer in close proximity to each other, and it is rather difficult for an amateur to decide which is which. However, this particular outcrop reminds me of basalt which I saw on the shoreline of Grand Manan in the Bay of Fundy in Canada. So, I am going to suggest that it is an un-named mafic igneous rock formed of silica-poor magma that intruded into the earth’s crust in the Devonian Period between 359 and 416 million years ago. When the magma cooled, it formed an intrusion of fine to medium crystalline rock, often as basaltic dykes and sills.

On the other hand, I could be wrong, and it might be an un-named igneous intrusion of Metagabbro and Metamicrogabbro; or even Mylor Slate Formation with Hornfelsed Slate and Hornfelsed Siltstone.