Long before the beach was actually visible, the thunder of the waves crashing on the shore, and the grinding of the pebbles against each other on the water’s edge, could be heard as I followed the signpost from Pwll Du Head, down the steep path through the tree-clad valley side to the shore below.

Stretched across the mouth of the valley below lies a massive bank of cobbles and pebbles, or more accurately three successive banks. Unusually for this type of beach, almost all the rocks that make up the banks are the waste product of quarrying activity. Certain privileged farming tenants up until the beginning of the 20th century were granted rights of “cliffage” that allowed them to quarry limestone from the valley sides and the eastern cliff face of Pwll Du Head. The quarry on the Head ceased operation in 1884. The workings are now mostly overgrown.

Boulders from the quarries were placed in heaps marked with wooden stakes on the beach. Ships came over from the north Devon coast to collect the stone to be burnt for lime that would fertilise the fields. Apparently, when the boats arrived, they would scupper in the shallow water at high tide next to the marker posts. Once they were in position on the bottom, the sea-cocks were closed again, with the boat remaining full of water as the tide went out. This technique meant that the bottom of the boat would not be damaged because the water cushioned the fall as the first of the quarried boulders were thrown aboard. Once the cargo was loaded, the sea-cocks were opened to drain away excess water, then closed so that the boat could float on the next high tide ready for the return trip to Devon. Small pieces of rock were too bothersome to load and remained on the shore, gradually building up over the years into the banks. 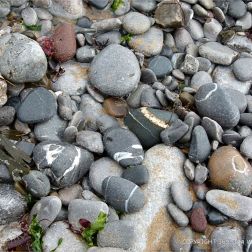 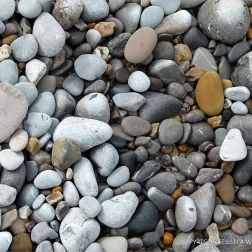 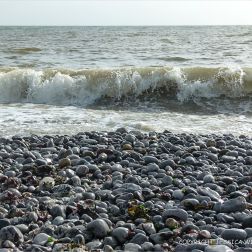 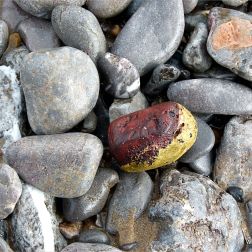 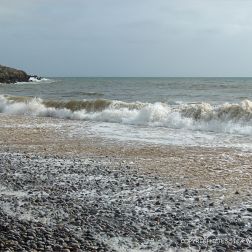 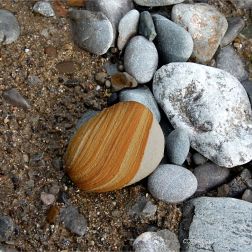 The shingle banks block the flow of the small river known as Bishopston Pill. The barrier of the shingle banks forms a dam. A small lake lies behind the banks. Beyond the pooled water in the pictures below, two white buildings are tucked into the western valley side at the back of the shingle; these were once public houses that catered for the workmen labouring in the quarries – it must have been thirsty work.

In summer when flow is reduced the water seeps gently from the base of the banks and spreads out across the shore, usually at the eastern end of the beach. When I visited in October after heavy rain, the water was emerging in two fast-flowing streams that were cutting embryo channels through the shingle at the seaward face. In winter when flow is greatest it seems that the banks are breached completely by the flow.

The pebbles nearest to the shore, where they are constantly moved against each other by the waves, tend to be the smallest and smoothest. Most of them are the local Carboniferous limestone but some “foreign” pebbles are included and these originated as jettisoned ballast from ships plying trade in the Pwll Du quarried limestone. 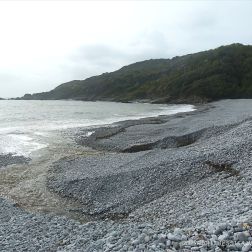 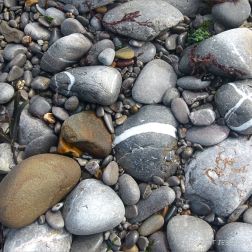 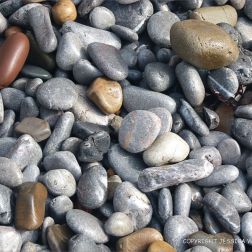 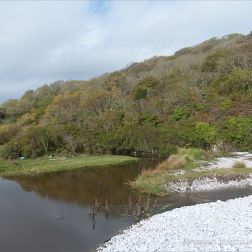 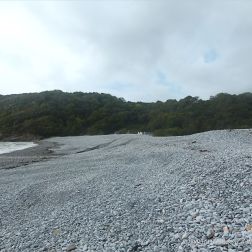 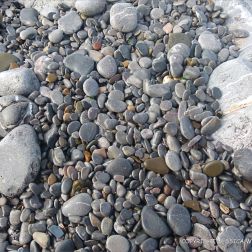 As you walk inland across the shingle, the nature of the stones beneath your feet changes. Whereas on the shore small rounded pebbles tend to predominate, further inland the stones increase to cobble size and they become progressively less rounded and more angular. The shingle bank is always a dynamic structure. However, for many years the innermost couple of the three terraces or ridges, storm beaches, were relatively stable. The stability partly enabled and partly resulted from vegetative colonisation.

I have read accounts of lichen-covered pebbles on the inner banks but none were visible when I visited. Although this was my first visit, I have seen earlier accounts of this locality, and I think that last winter’s storms may well have had a profound effect on the shingle banks. It seemed to me that there had been a great churning up of the stones, resulting in a greater mixing of size and shape, possibly a partial reconstruction of the ridges, destruction of some of the patches formerly stabilised by rooted plants, and removal of lichen encrustations or burial of lichen coated pebbles. 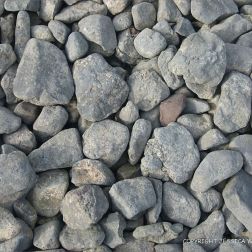 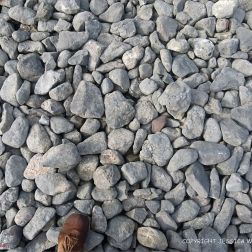 Pwll-Du and the quarrymen of Gower The Geological Society Website 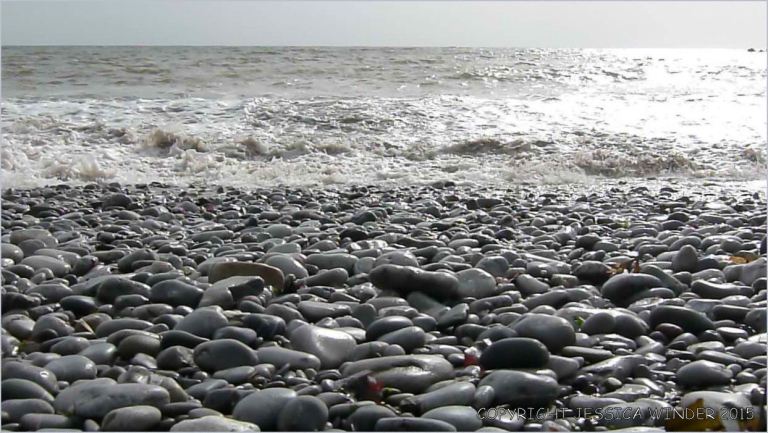