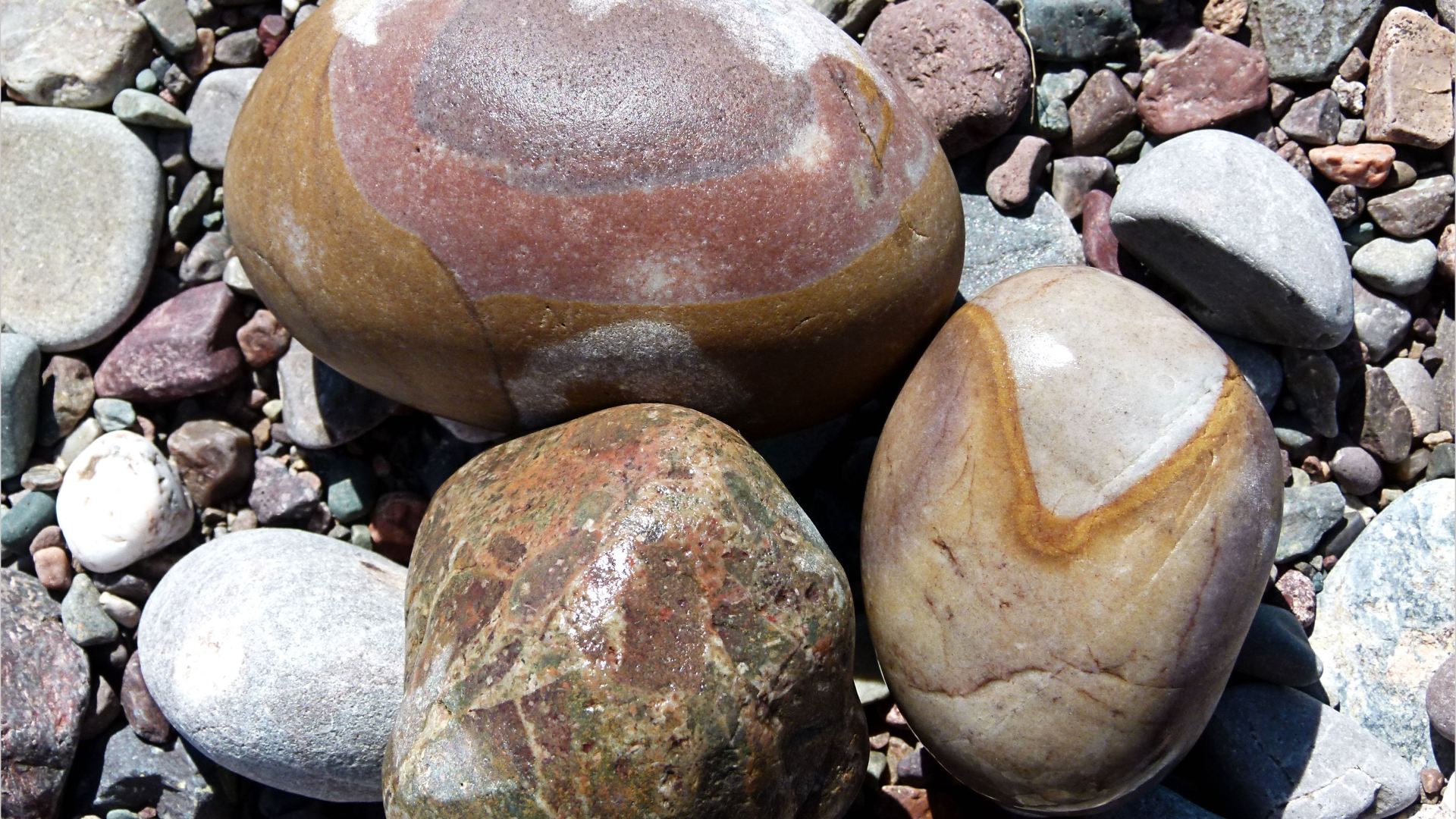 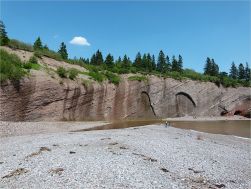 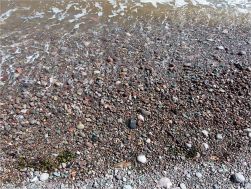 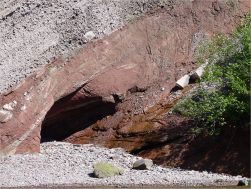 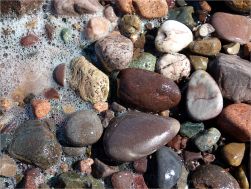 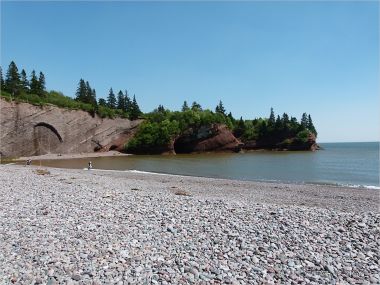 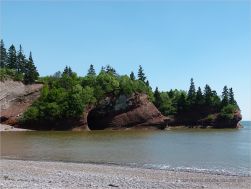 The rocks at St Martins in New Brunswick, on the coast of the Bay of Fundy in Canada, are around 250 million years old and belong to the earliest and oldest part of the Triassic Period. The Triassic Period lasted from 251 to 199 million years ago. In fact some of the rocks may be so old that they extend as far back as the previous geological period – the Permian.

Two rock types outcrop in the cliffs here. The Quaco Formation is represented by light-coloured coarse boulder conglomerate while the red sandstone belongs to the Honeycomb Point Formation. It is possible to see where the two types of rock make contact in the cliff at the east end of the beach just past the water-side restaurants. Both types of rock are fairly soft and susceptible to erosion by the pounding of the waves. The sea works particularly at vulnerable areas like the bedding surfaces between the angled strata. It is here that the waves eventually form shallow sea caves by washing away the rocks. Very few fossils are found in these rocks. They are too old to have dinosaur fossils although possible reptile footprints have been found. However, Triassic rock layers like those at St Martins pass right under the waters of the Bay of Fundy and emerge on the other side in Nova Scotia near Parrsboro and Blomidon, where fossils of the oldest dinosaurs in the North American Continent have been found.

The beach at St Martins is composed of rounded pebbles with many different colours and patterns. They look their brightest and most interesting close to the water’s edge. The wet pebbles look completely different from the dull dry pebbles higher up the shore. The pebbles represent many rock types and are presumably mostly derived from two sources: the adjacent cliffs, especially the conglomerate, and the thick layer of glacial deposits that overlies much of the terrain in this part of the world.