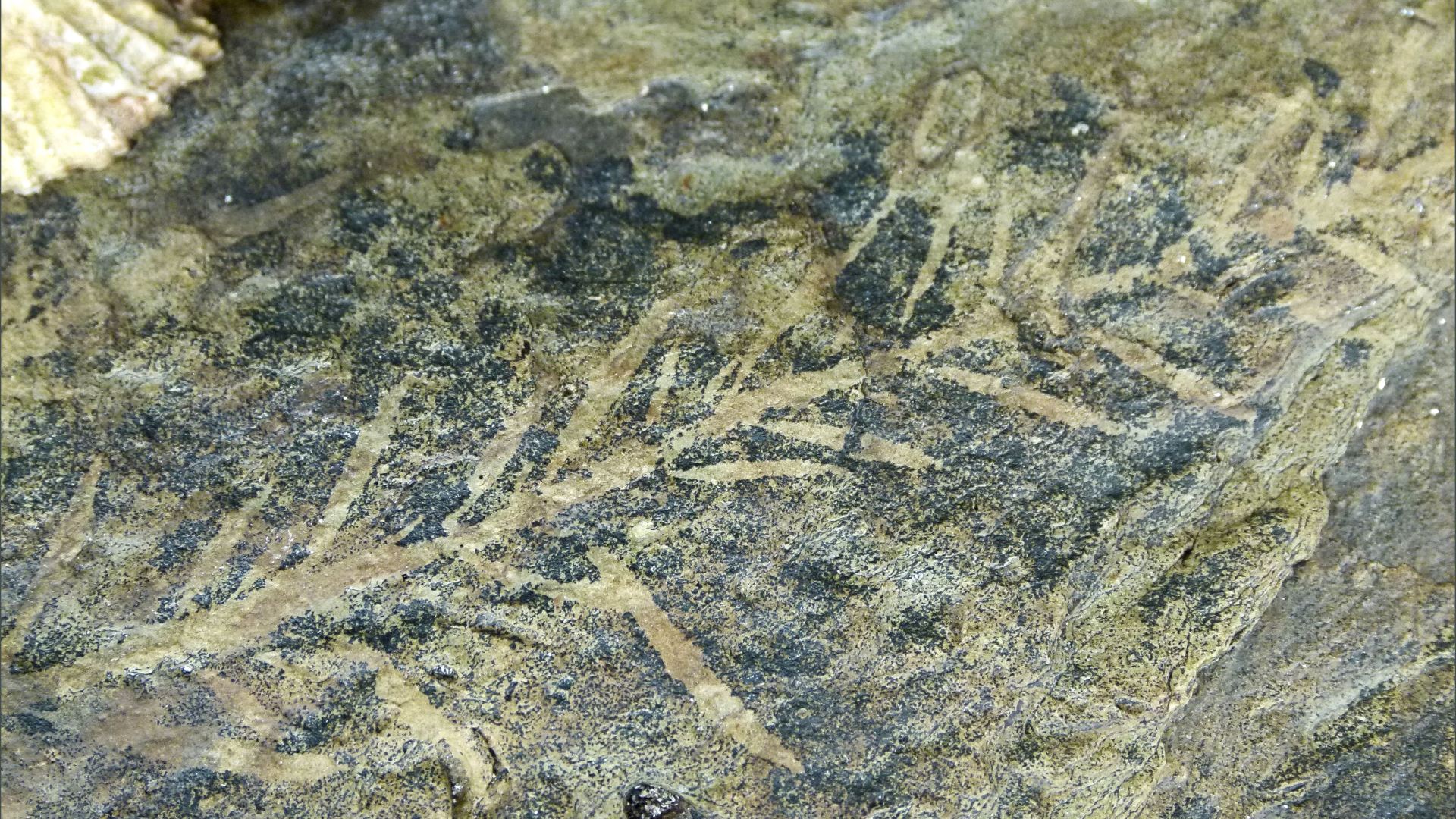 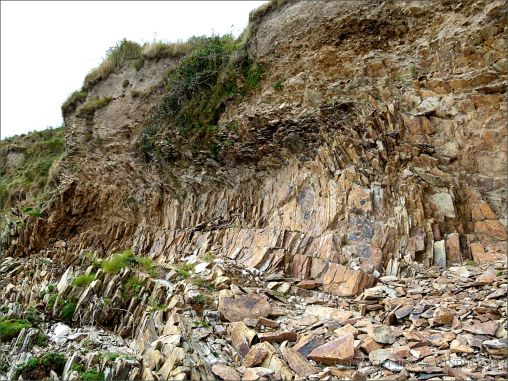 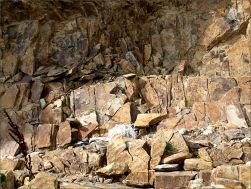 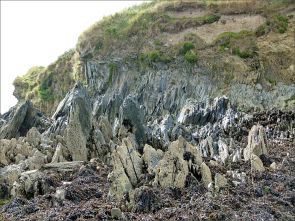 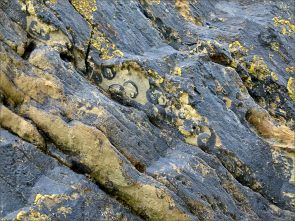 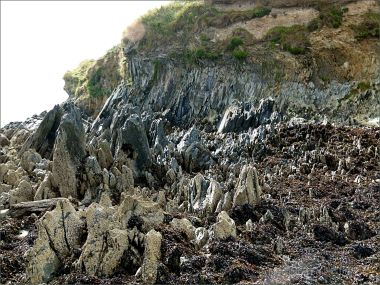 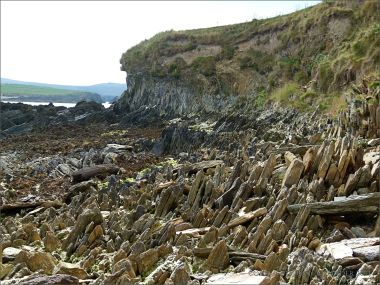 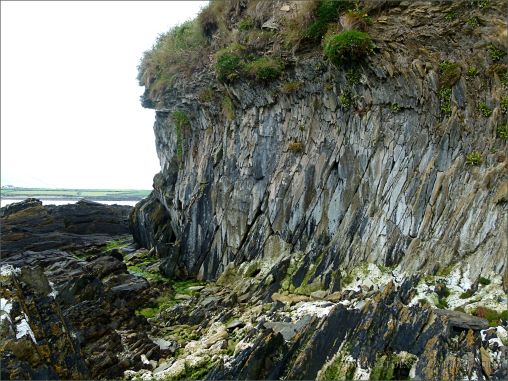 This marks the final post in the series about the rocks at Ferriters Cove. I had spent a happy few hours on the beach and reached the limit of accessible shore at Ferriters Cove. Time to call it a day. At this northernmost part of the shore, the steeply sloping strata in the cliff, with the bedding planes facing outwards as a continuous sheet, at first seem to be buckling under their own weight, as seen in images 55a and 56 in the previous post. Then, just a few metres further on, the strata can be viewed side-on across the bedding planes with the sequence of individual layers revealed. The strata are curved concavely so that the cliff face is like the under-side of a huge wave, the crest of which is curving over and about to crash down and break. You can see this best in images 60 and 61.

There are also some enigmatic markings on that part of the bedrock on the beach which is covered each day by the tide. I wonder if these are fossils. Photo 73 has a number of rounded shapes that look like they might be gastropods; and Bembexia is a marine snail that is recorded in this locality.

More problematic are the plant-like patterns which occur on a number of rocks (see images 79 – 81). They seem to have a central stem with numerous branchlets along the length. I am not at all certain that these are fossils although they seem to be integral with the surface of the rock and to have a slightly different composition which is reflected in the fact that there is no black biofilm (maybe lichen) growing on them. I am fairly sure that the ‘plants’ are not grazing trails left by the feeding activities of the adjacent limpets and periwinkles. Plants are in fact recorded from the Silurian but I cannot find any illustrations that resemble these Ferriters Cove ‘plants’.

In an article about the Silurian Period on the website of the University of California Museum of Paleontology it says:

Perhaps the most striking of all biological events in the Silurian was the evolution of vascular plants, which have been the basis of terrestrial ecology since their appearance. Most Silurian plant fossils have been assigned to the genus Cocksonia, a collection of branching-stemmed plants that produce sporangia at their tips.

However, drawings of that particular genus show a very different branching system to that exhibited by the Ferriters Cove ‘plants’. Maybe I will get a clearer understanding when I have tracked down some of the specialist research papers on the fossils of this area such as those written by C. H. Holland:

Holland, C. H. (1969) Irish counterpart of the Silurian of Newfoundland. Memoir of the association of Petroleum Geologists 12, 298-308.

4 Replies to “Rocks at Ferriters Cove 10”