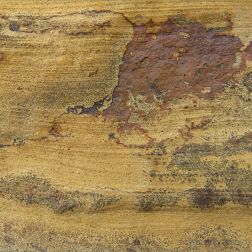 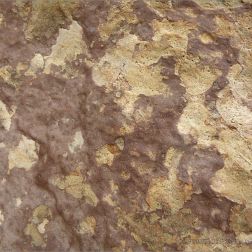 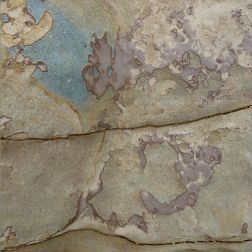 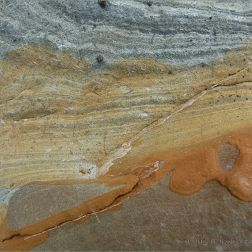 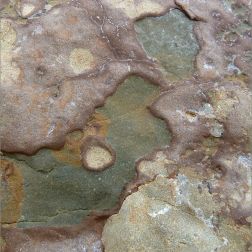 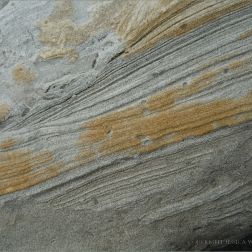 The shore at Eype is littered with large boulders, several tons in weight, that have broken from the strata high on the cliff and then slip-slided down the lower mudstones and clays to the beach. They are all rocks belonging to the Jurassic Dyrham Formation. that includes a fascinating assortment of mudstones, sandstones, and limestones, some with ironstone nodules or carbonate concretions, and lots with fossils. I cannot with confidence identify the specific rock types illustrated in all the close-up photographs I took. It is quite a complicated geology at this coastal location. However, a general picture of the represented rock types follows. Fossils are found in more or less all the strata, ammonites are said to be common, but the ones I saw were mostly fragmentary shells and bullet-shaped belemnites

An accurate and up-to-date source of information about the geology of this locality is the British Geological Survey’s Geology of south Dorset and south-east Devon and its World Heritage Coast, published in 2011 by the Natural Environment Research Council. All the information that follows has been obtained from this book.

The Dyrham Formation is comprised of three members. At the base of the cliff is the Eype Clay Member which is a pale, blue-grey micaceous silty mudstone and shale. The base of the Eype Clay Member is marked by The Three Tiers  about a metre thick with three prominent sandstone beds separated by shales and mudstones. Higher up is a band of calcareous nodules, the Eype Nodule Bed. At the top of the band is Day’s Shell Bed with a rich fauna of juvenile bivalves and gastropods.

Above the Eype Clay member is the Down Cliff Sand Member made up of silts and fine sands with thin lenticles of hard calcareous sandstone. At its base is a fossil-rich layer known as the Starfish Bed, with abundant brittle-stars. At its top is the Margaritatus Stone which is hard, grey, iron-shot limestone.

At the top of the Dyrham formation is the Thornecombe Sand Member, sitting on the Down Cliff Sand Member. The bottom-most layer is the blue-grey Margaritatus Clay, above which are yellow-weathering, heavily bioturbated sands, with several horizons of large rounded calcareously cemented concretions. There is an impersistent band of limestone running through the middle of this, and a shelly Thornecombiensis Bed sealed by sandy mudstone atop it.

So you can see that there are many different rock layers and types in the stratified cliff, often obscured by land slips, and it is quite difficult for an amateur like myself to correctly identify pieces of these strata when they are lying on the shore.

However, one noticeable feature in the beach boulders was the occurrence of bioturbation: this is defined as a disruption of sediment by organisms, seen either as a complete churning of the sediment that has destroyed depositional sedimentary structures, or in the form of discrete and clearly recognisable burrows, trails, and traces (trace fossils). The most easily recognisable trace fossils are the largish burrows of Crustacean Thalassinoides – which you can see in images 4 and 9.

Another phenomenon that is responsible for some of the more unusual colouration and patterning of the rocks, is the transformation of blue-grey rock to yellow by the weathering process on exposure to air, which oxidises iron minerals in the stone. Iron staining, iron nodules (often in association with fossil fragments), and veins of iron, also contribute to rich colour patterns both within and on the surface of the boulders. Sometimes the colours are exhibited as a thin outer layer that is exfoliating into abstract patterns of contrasting hues on the rock.

8 Replies to “Rock Textures at Eype 2”