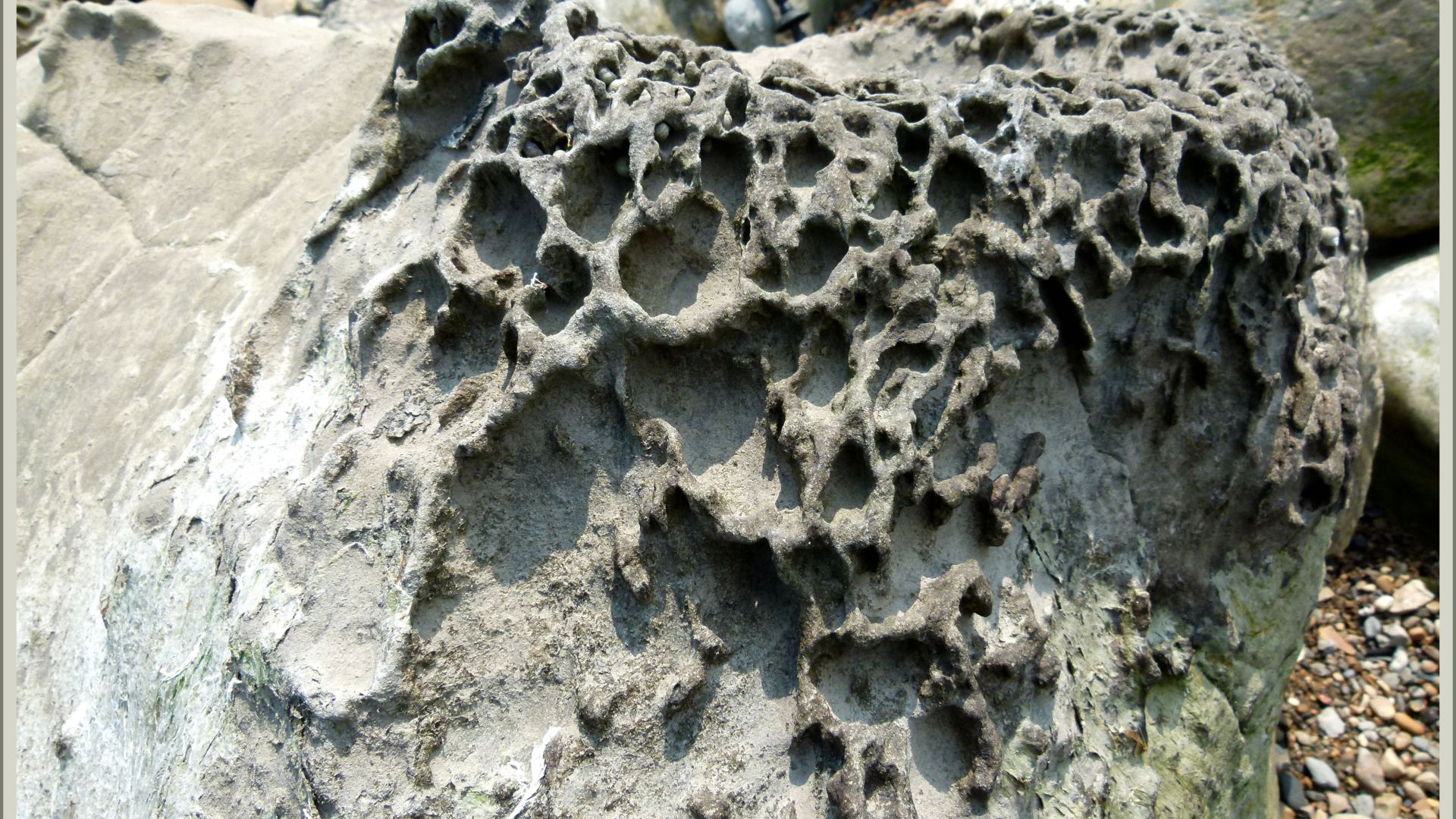 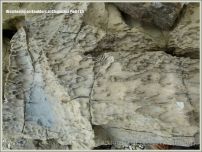 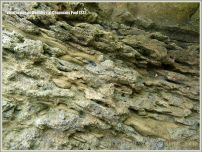 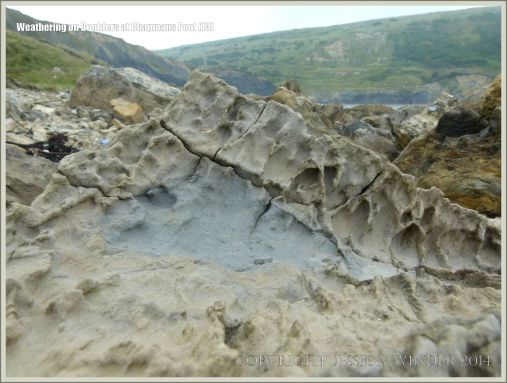 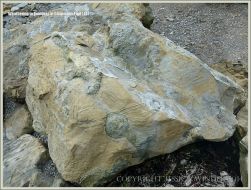 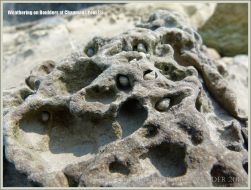 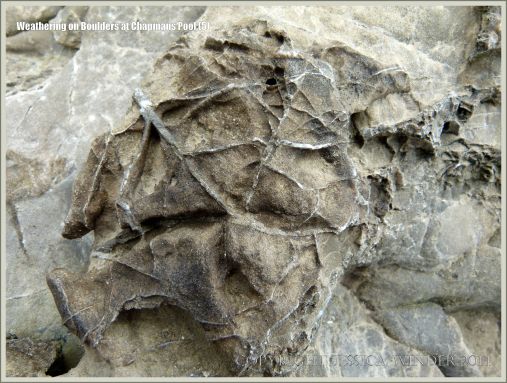 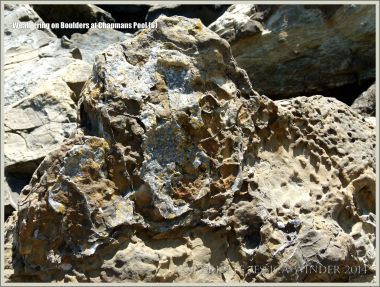 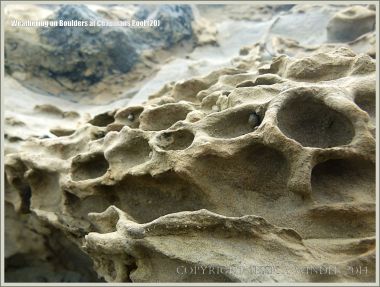 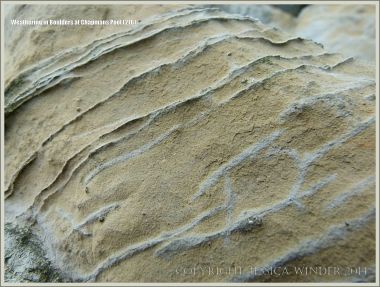 Many of the large boulders that have fallen from the crumbing cliffs down to the shores of Chapmans Pool in Dorset, England, show signs of being weathered by exposure to the elements. Over long periods of time, rain, sun, frost, chemical weathering from acid water and from biogenic elements,  mechanical weathering by wind-blown sand, and abrasion by wave-transported gravel and pebbles, have removed the surface of the rocks and revealed an amazing array of textures and patterns.

Softer rock matrices have been eroded to reveal harder structures normally hidden from sight within the boulders. These structures include networks of crystalline veins, as well as trace or ichno-fossils (where the hollows of burrows excavated by crustaceans in the sediments of ancient shores have been preserved, as the sediments were consolidated into rock, and eventually the spaces have been in-filled with harder and more resistant materials). It is interesting to see how small periwinkles frequently taken advantage of the dips and hollows of these eroding rocks to find shelter at low tide.