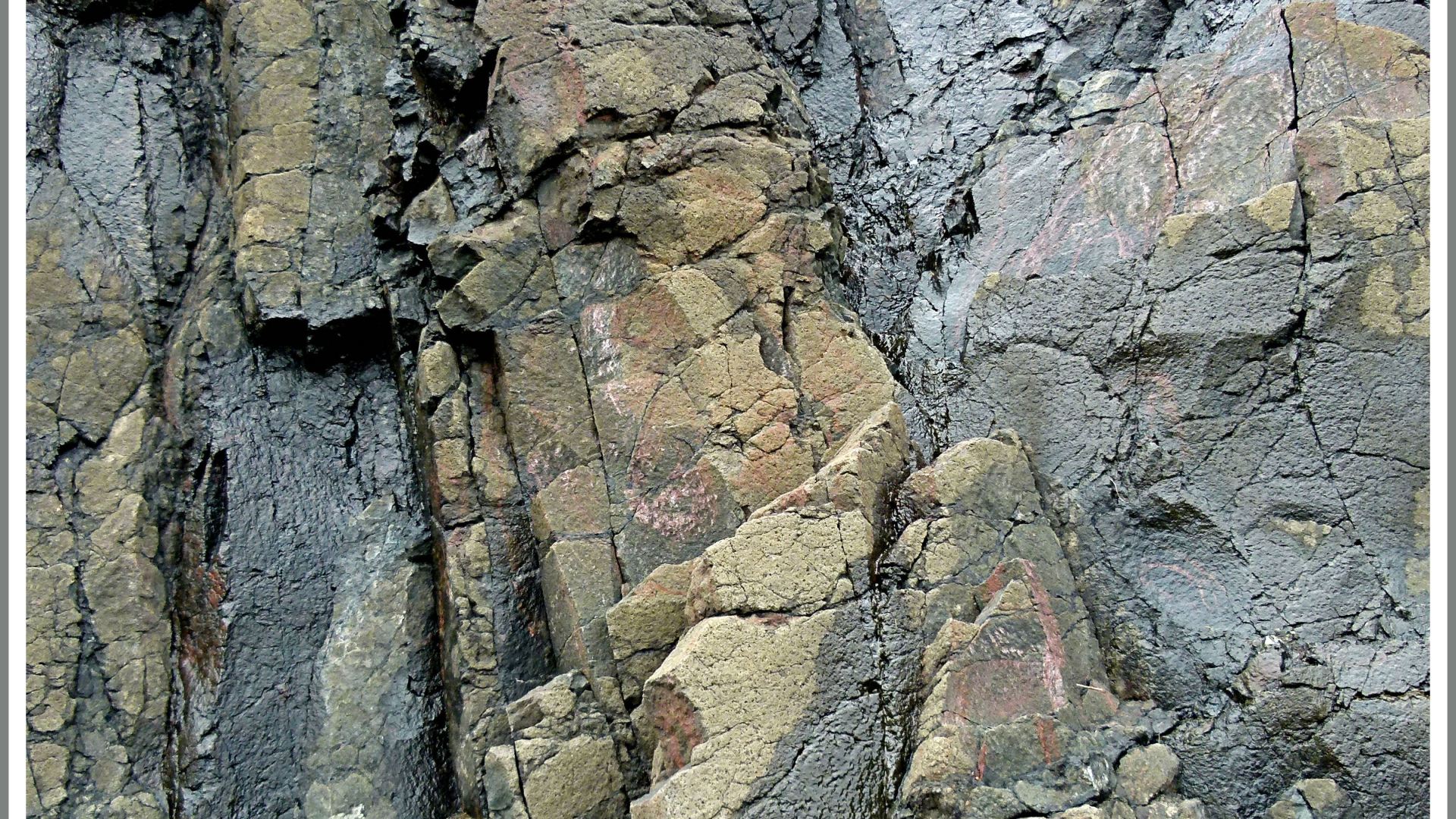 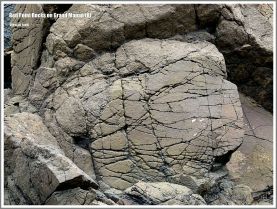 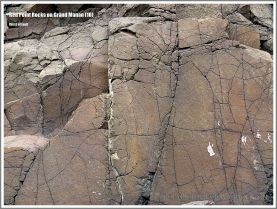 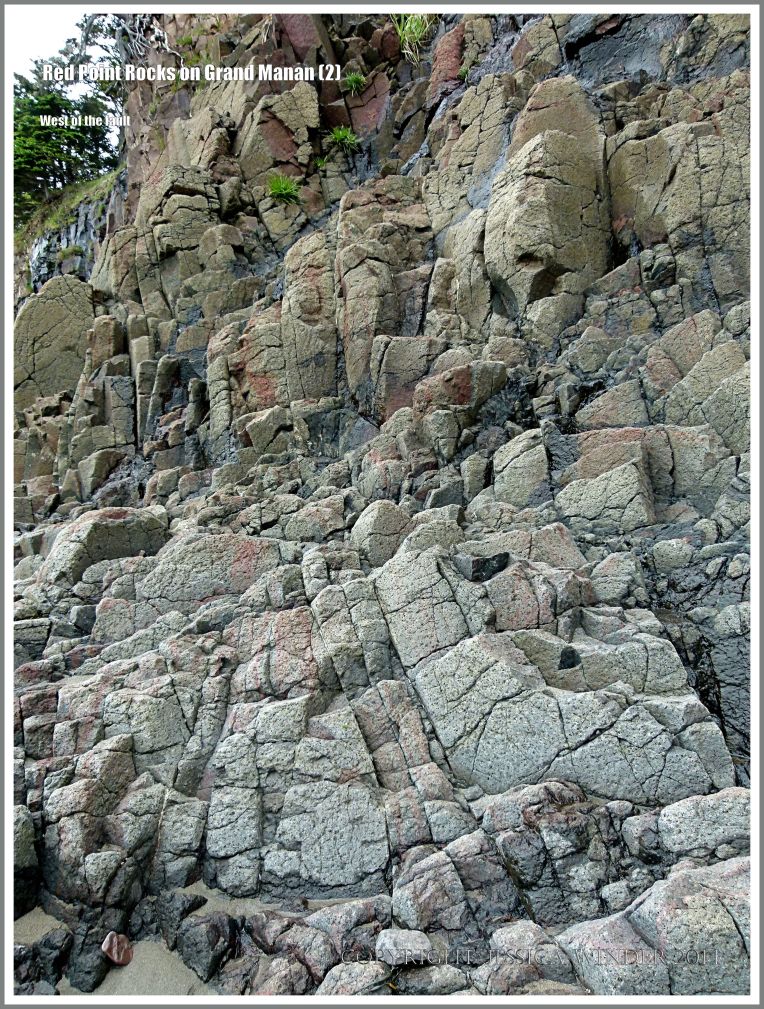 Off the coast of Canadian New Brunswick, in the Bay of Fundy, lies an island that is split geologically in two. A fault runs from north to south in Grand Manan Island and it can be clearly seen only at Red Point in the Anchorage Provincial Park. It is visible as a diagonal line in the cliff. There are distinctly different rocks on each side of the fault.

To the west of the Red Point Fault are volcanic rocks known as the Southwest Head Member of the Dark Harbour Basalt – part the Late Triassic Flood Basalt dating from about 201 million years ago. Photographs of this type of rock showing textures and fracture patterns are shown above. The Red Point Fault itself is shown below. It is visible as a diagonal line in the low cliff structure with a stream flowing out of the fault across the shore. This is “a rare exposure of a major displacement intra-basin fault” (McHone).

To the east of the fault, the rocks are metamorphic and not volcanic. They are laminated meta-siltstones of the Long Pond Bay Formation of the Cambrian-Ediacaran Formation dating from 539 million years ago. Photographs of the colours, textures, layers, and fracture patterns in these rocks are shown below.

The Mesozoic basalts of the western two-thirds of the island conceal the ancient Ediacaran (Neoproterozoic) and Cambrian (Palaeozoic) metamorphic rocks lying below them. However, in the eastern third of the island, the rocks have all moved upward along the Red Point Fault, with the more recent strata of the Mesozoic basalts gradually being removed by erosion so that the ancient metamorphic layers are now exposed at the surface. “At least 300 meters (and possibly much more) of vertical offset is required for this juxtaposition” (McHone) … of the Dark Harbour Basalt with the Long Pond Bay Formation meta-siltstones.

Click here for a geological map of Grand Manan. The map is one of many invaluable downloads about the geology of Grand Manan made available on the website earth2geologists run by J. Gregory McHone who is a professional geologist personally responsible for much of  the mapping and research on the island, and who runs the Grand Manan Museum. 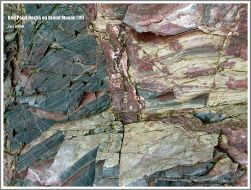 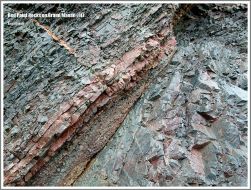 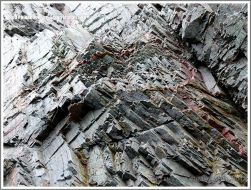 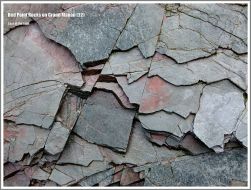 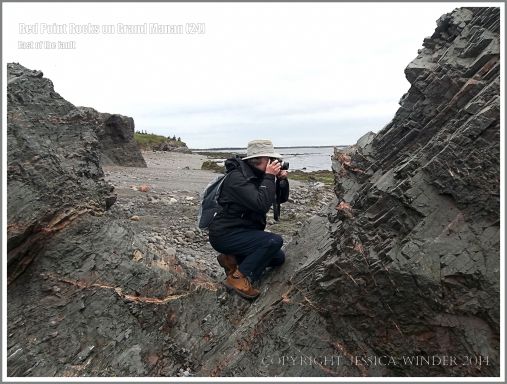