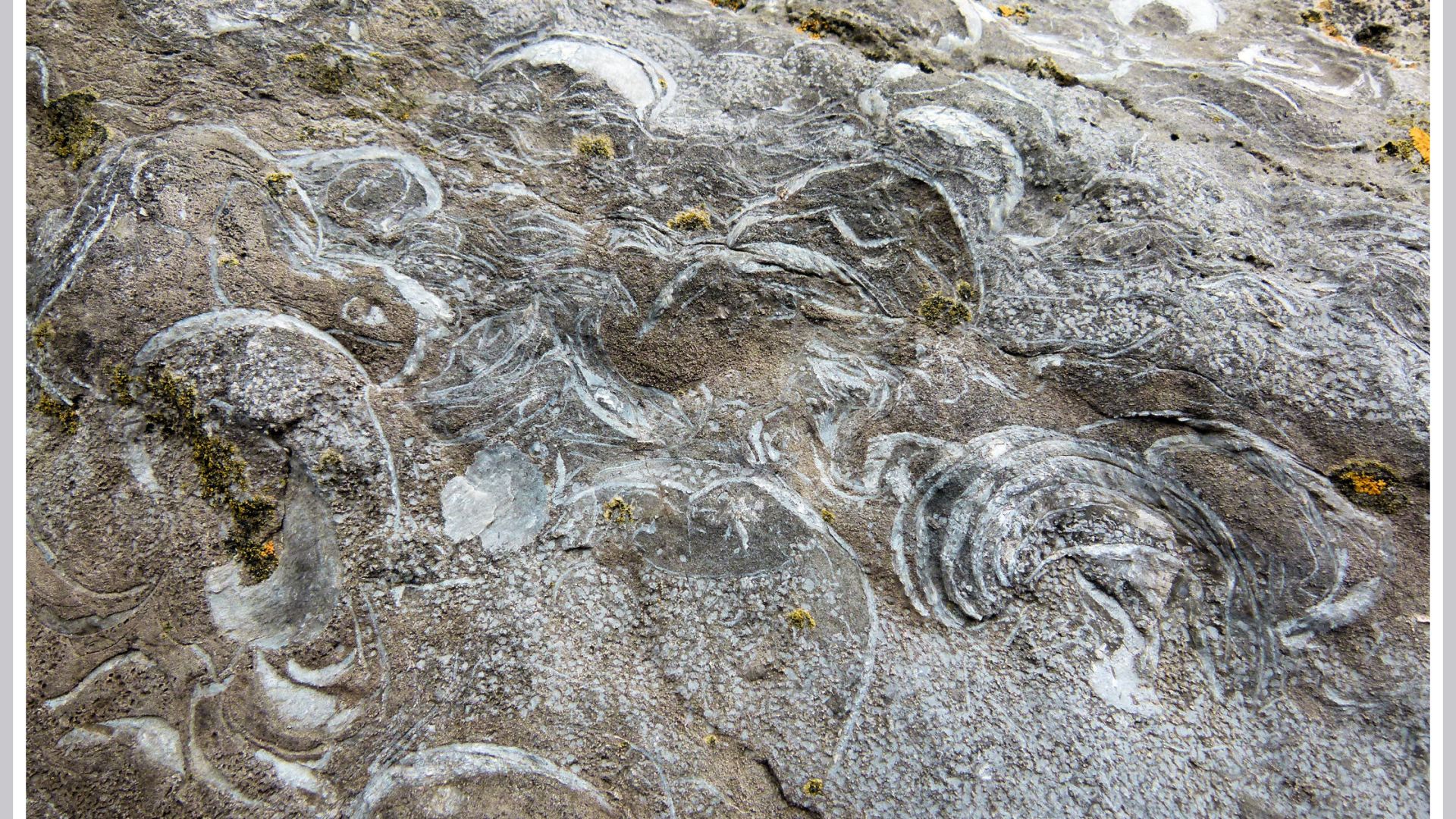 The rocks higher up the exposed face on the west side of Broughton Bay are characterised by their churned up and complex structure that could be evidence for storm events breaking up newly-formed sediments in the deep past. I was unable to recognise any fossils embedded in those particular rocks. See the earlier posts:

Rocks on the west side of Broughton Bay – Part 1

Rocks on the west side of Broughton Bay – Part 2

Rocks on the west side of Broughton Bay – Part 3

However, the lower levels of the exposed Hunts Bay Oolite Subgroup rocks on the west side of Broughton Bay have an entirely different appearance, being a great deal more uniform in colour, texture, and structure. They represent a distinct phase of rock formation. Fossils are present. These fossils represent shoreline accumulations of empty shells on the edge of a shallow lagoon where calcareous deposits gradually built up around them without disturbance by extreme weather events.

The fossils are those of large brachiopods, which are similar to bivalved molluscs but differ from them in possessing a form of internal skeleton. The shells are a couple of inches in diameter and are most often seen side-on in groups that have settled one within the other. The shells frequently occur in layers. In the photographs shown here, the curved edges of the shells are clearly visible. Sometimes the shells themselves have been preserved (perhaps by permineralisation) and in other places it may be just the moulds of the shells or the casts of the moulds. From the angles visible, I have not been able to specifically identify them and put a Latin name to them yet.

In nearby caves, and elsewhere among storm boulders on the beach, fossil corals can also be found. These were featured in the earlier post Fossil coral at Broughton Bay.

The whole of Broughton Bay has a fascinating geological history which I am gradually getting to understand. Relatively recent aspects of this geology include the emergent tree stumps of a Submerged forest at Broughton Bay and also the recent exposures of an iron pan derived from decomposition of old peat beds. 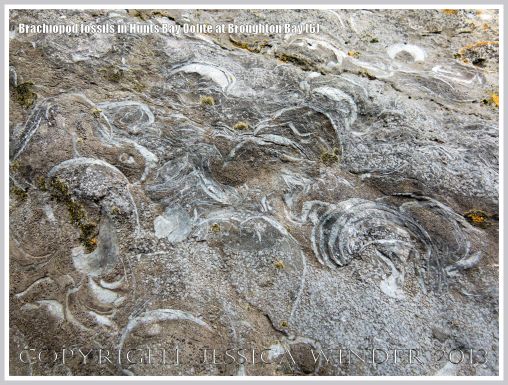 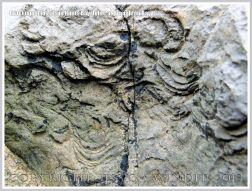 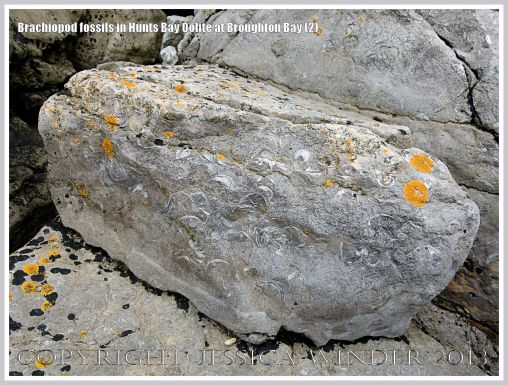 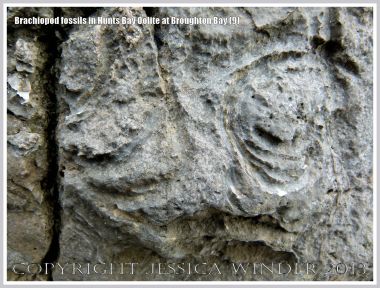 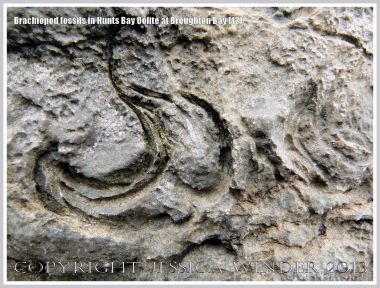 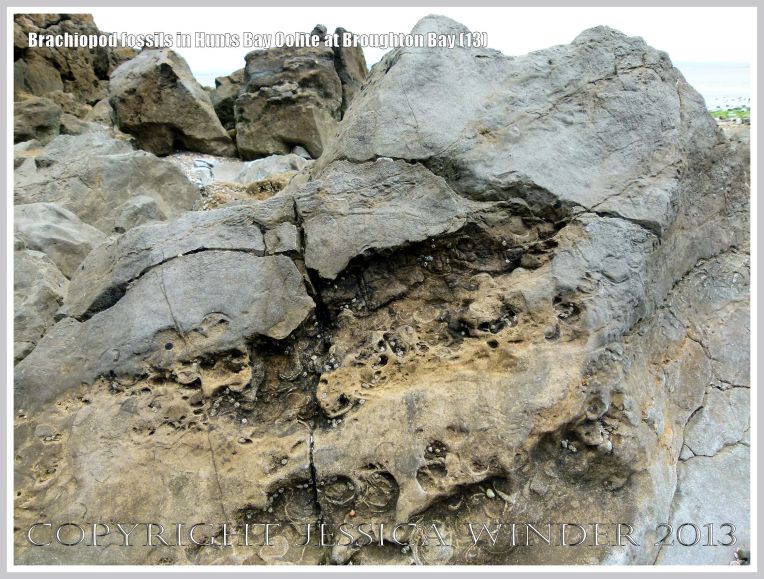