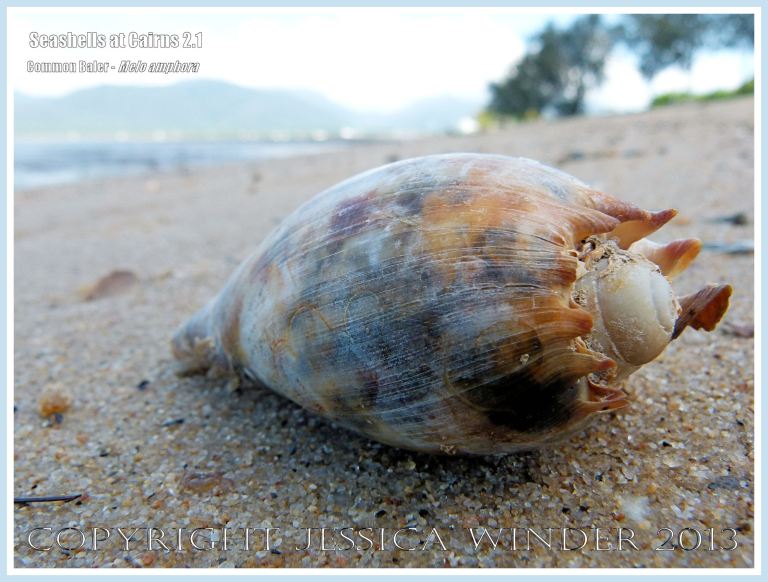 I only found the one empty beach-worn shell of this Common Baler (Melo amphora Lightfoot) on the beach at Cairns. It is also known as the Giant Baler or Melon Shell. It has spines around the whorls at the anterior end. The pattern on the shell is now indistinct but a fresh shell would have characteristic variable orange-brown zig-zag marks. This species is apparently fairly common in the Indian Ocean, on the Queensland Coast of Western Australia, and off shore New Guinea. The largest recorded size is just under 500 mm in length but this one was only 145 mm. It is quite a heavy shell, and in life it has a thin brown periostracum layer which wears off eventually. The huge curved aperture or mouth of the shell can be used to bale out boats – but has broken on this shell. 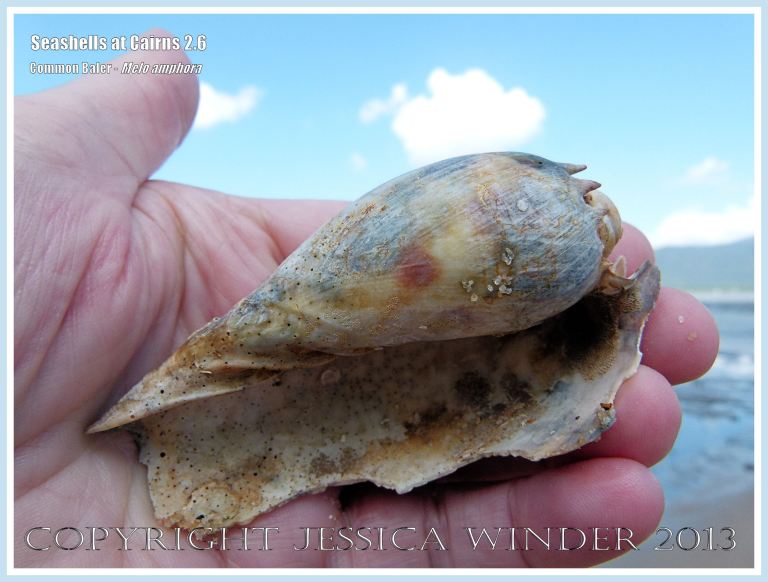 2 Replies to “Seashells at Cairns 2”