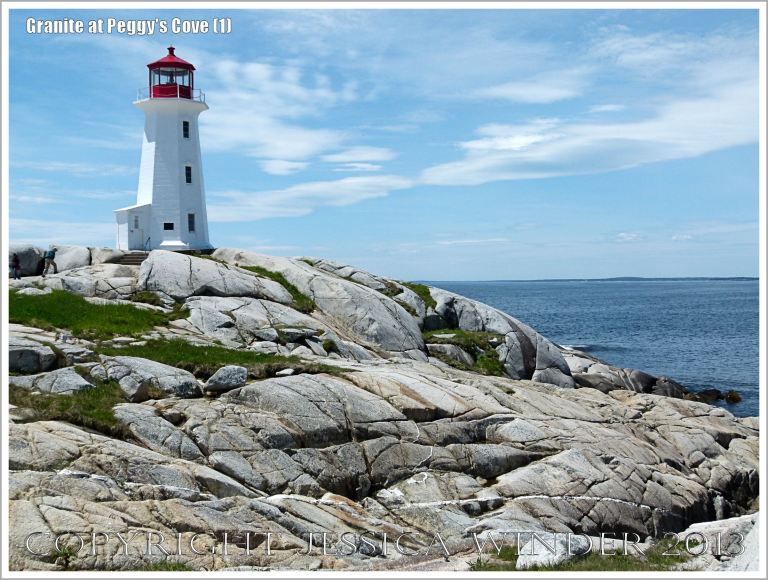 Peggy’s Cove is one of the most popular, and most photographed, places in Nova Scotia. The iconic red and white lighthouse perches on a spectacular glaciated granite landscape. From the photographs below showing people (1, 3, 15 & 19), it is possible to see the vast scale of these outcrops over which visitors like to climb.

The rocks are the crystallised remains of an enormous underground chamber of molten magma that formed 10 miles below the surface of the Earth’s crust 385 million years ago by a combination of tremendous pressure and heat during the movement of crustal plates and subsequent mountain building. See the earlier post Close-ups of granite from Peggy’s Cove, N. S. for more details.

The criss-crossing patterns of fractures, cracks and crevices are evidence of later pressures to which the granite was subjected. During the process of crystallisation of the molten rock, a great deal of water built up, and become pressurised and created cracks as the magma slowly cooled into coarse-grained granite. The pressurised water was forced into the cracks carrying with it some of the magma, which then cooled at a faster rate, making very small light-coloured crystals and forming fine-grained aplite rock. This aplite can be seen as thin sheets of uniformly creamy-coloured sugary rock extruding from granite layers and as veins in many of the images in the gallery below (for example, photos 13, 14, 11, & 7).

The impact of the collision of the two micro-continents of Meguma and Avalon 400 million years ago caused stresses that lasted for millions of years, pulling, pushing, and tearing rocks in the Earth’s crust, including the newly-formed granite in its subterranean chamber, the rock now partly exposed at the Peggy’s Cove location. The whole structure in Nova Scotia is known as the South Mountain Batholith. The natural fracture patterns in the rocks are almost grid-like when viewed from above, with cracks apparent on different scale levels. In images 9 and 10 below, the rocks seem almost to be in the process of twisting or tearing.

Since the granite first started to form hundreds of millions of years ago, the mountains and rocks above the batholith have been steadily but inexorably worn away by many natural processes including glaciation. Relatively recent periods of glaciation (20,000 years ago) have resulted in the smoothly sculpted appearance of the Peggy’s Cove outcrops.

Pre-existing cracks in the rocks were also widened out by the passage of the one kilometre thick ice sheet over them (see for example pictures 15, 12, & 2 in the gallery below). The rock masses are themselves part of a feature known as roche moutonéés. In these photographs it is mostly the gentle sloping land-ward faces that are shown. The steep, seaward facing sides are over the ridges and out of sight. Hundreds of erratic boulders are spread over the sparsely vegetated countryside around Peggy’s Cove.

Altogether a fascinating and beautiful place! 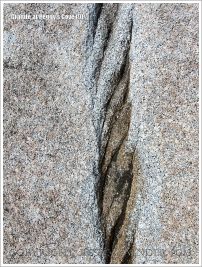 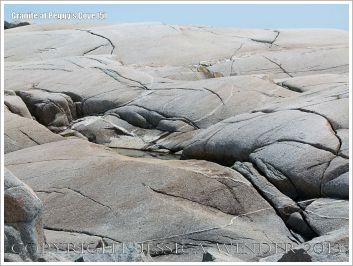 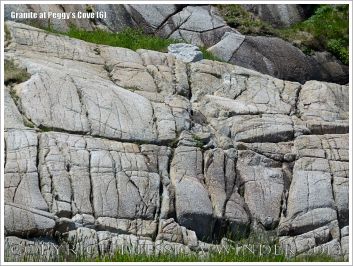 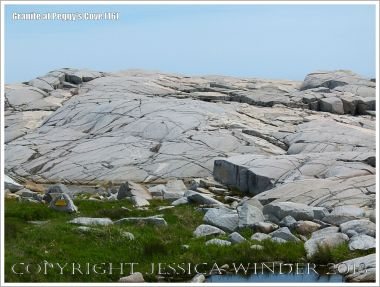 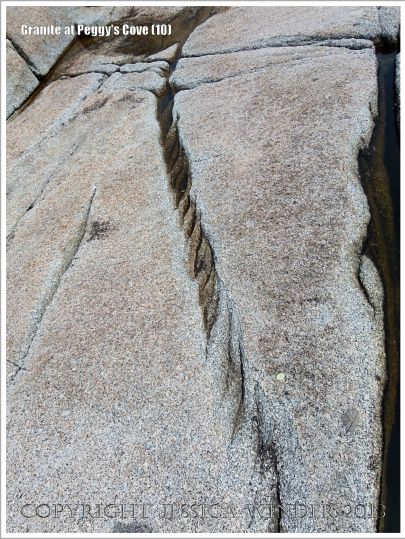 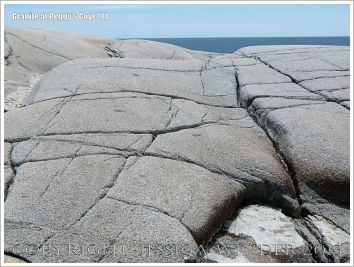 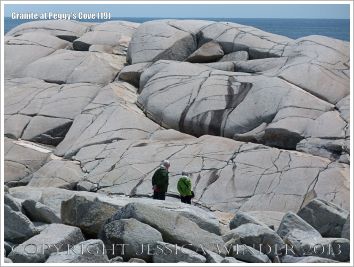 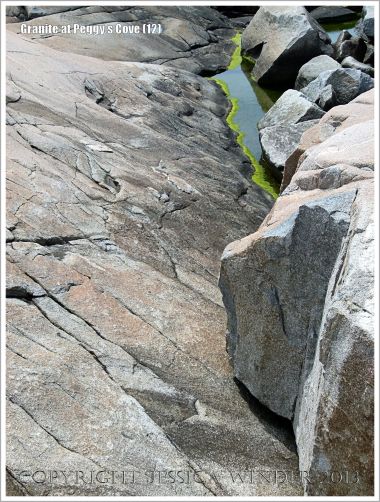 8 Replies to “Granite at Peggy’s Cove”