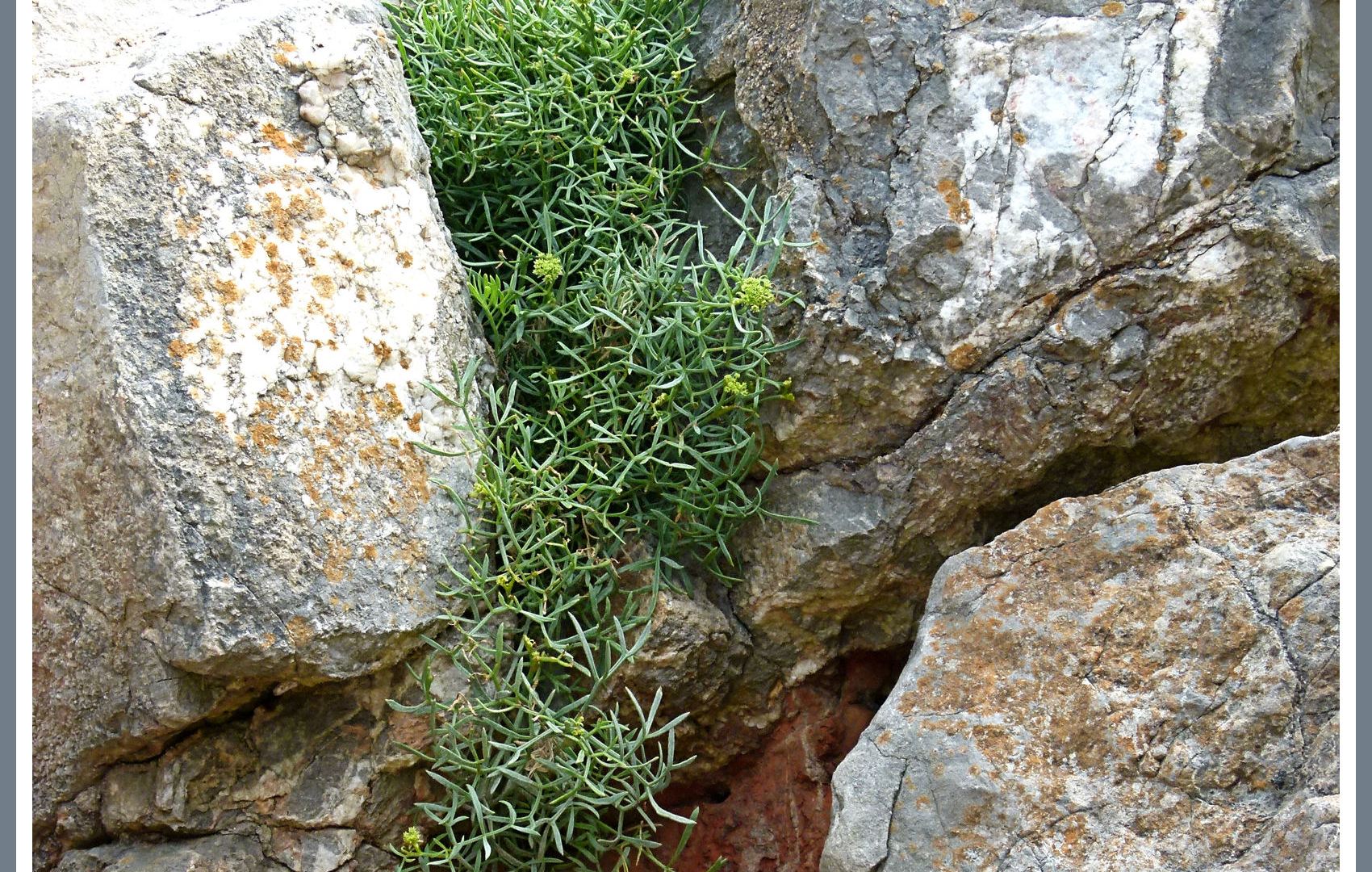 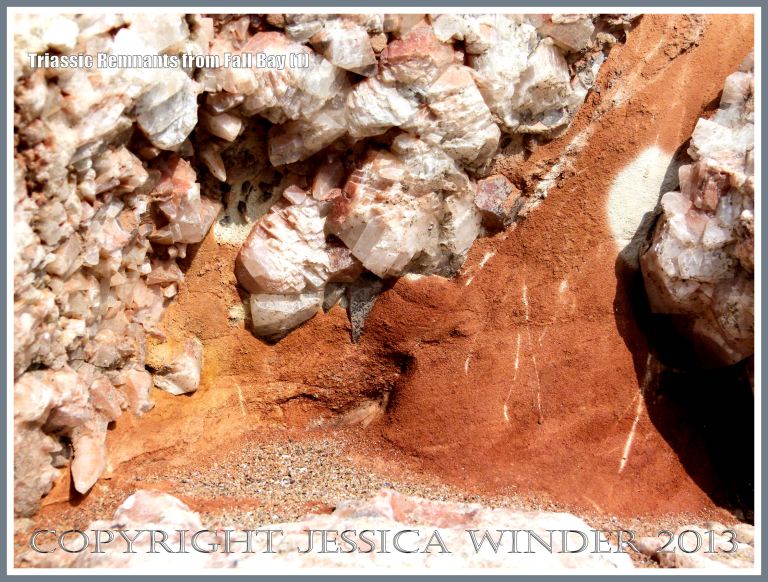 Triassic rocks are mostly absent from the Gower Peninsula because they were worn away in ancient times. However, isolated pods and thin veins of brick-red sandstone and clay survive as remnants from the Triassic period at Fall Bay within the grey Carboniferous limestone. The limestone has been cut by many faults and fractures, and these massive cracks are often filled with coarsely crystalline iron-stained calcite which, in turn, surrounds the remnants of the now missing Triassic cover.

The Triassic sediments are thought to have ‘migrated’ downwards into the older strata below at the time of the earth movements that led to the faulting, and subsequently had been incorporated in the rocks from these earlier periods. In places, chunks of broken limestone from the faulting are included within the red clays.

These photographs show some of the red Triassic sediments, especially the large example which can be found at the base of the steep steps leading to the beach from the lime kiln at the top of the dry valley above. I searched for the Fall Bay Triassic remnants after reading about them in George (2008). The Fall Bay Triassic remnants are less well known than the small outcrop of Triassic red breccia and conglomerate at Port Eynon that is discussed in Bridges (1997). More details of the Permian-Triassic rocks in South Wales can be found in Howells (2007). 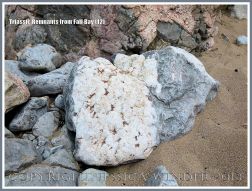 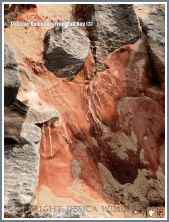 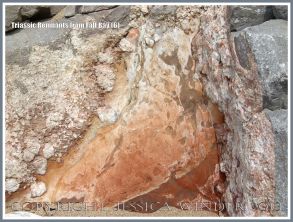 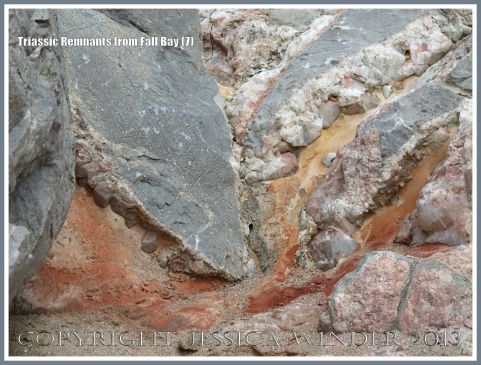 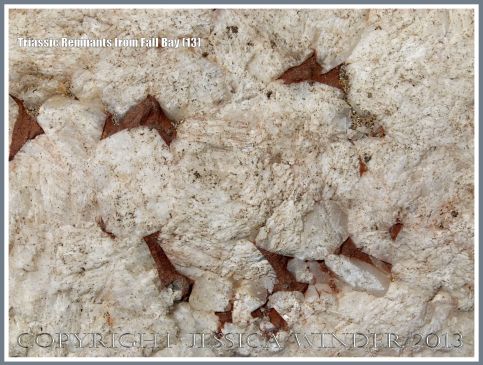 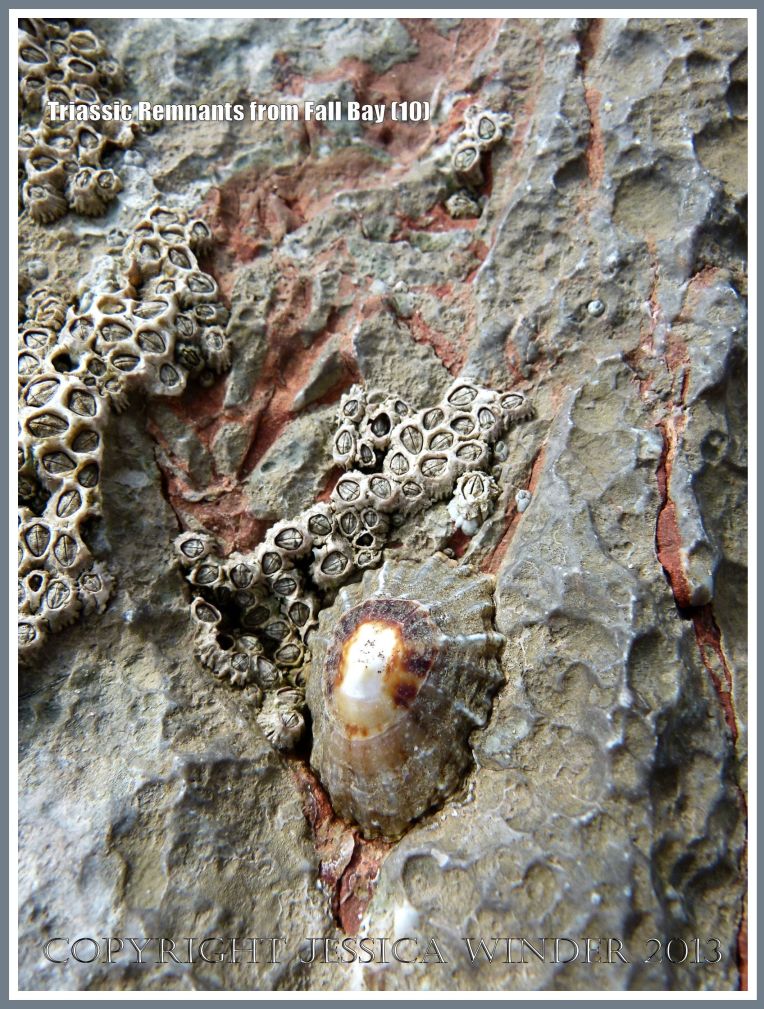