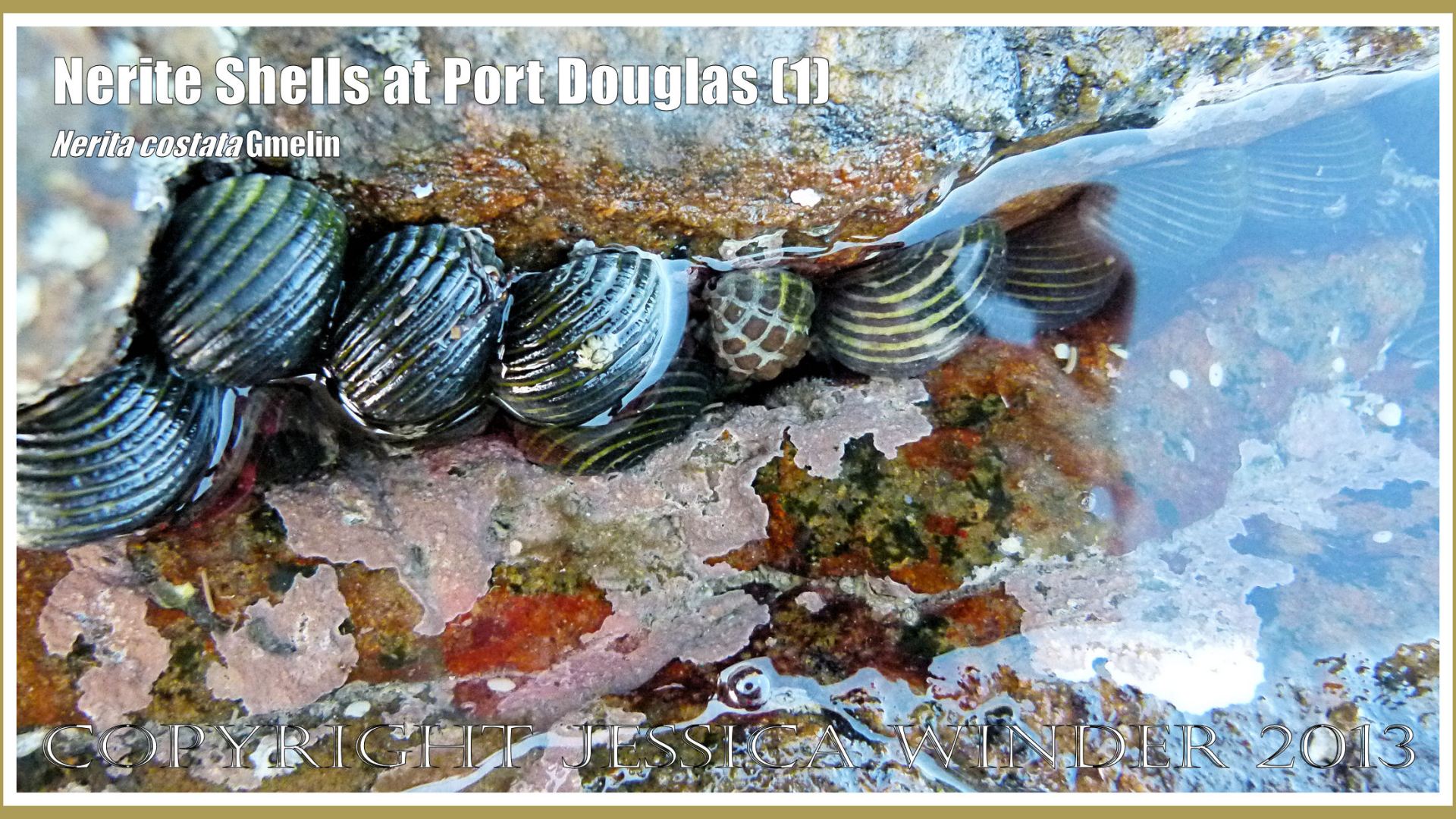 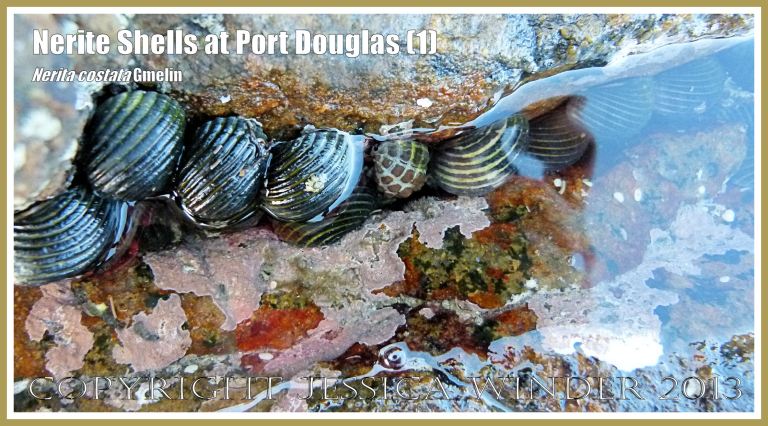 Nerite Shells are very common inhabitants of rocky shores on the Queensland coast in Australia; and they generally have a wide Indo-Pacific distribution. There are several species but the specimens shown here are Nerita costata Gmelin and were photographed at Port Douglas.

They have a characteristic appearance with thick black rounded ridges spiralling around the shell whorls, with lighter coloured furrows between them. The spire is blunt. The aperture opening is roughly semicircular with a specific arrangement of protruberances or ‘teeth’. The odd-shell-out in pictures 1 and 2 is a Mulberry Shell or Granulated Drupe (Morula granulata Duclos) which has an odd look with spirals of dark rounded bumps vaguely resembling a bunch of grapes or similar. 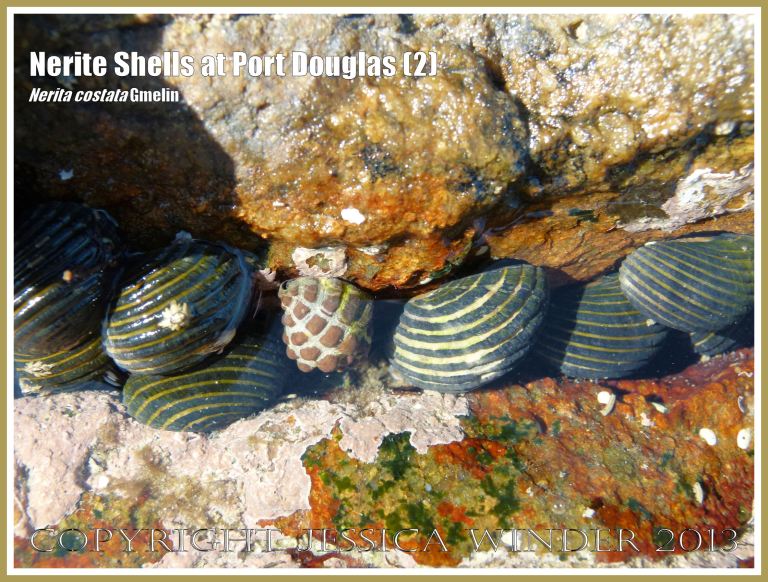 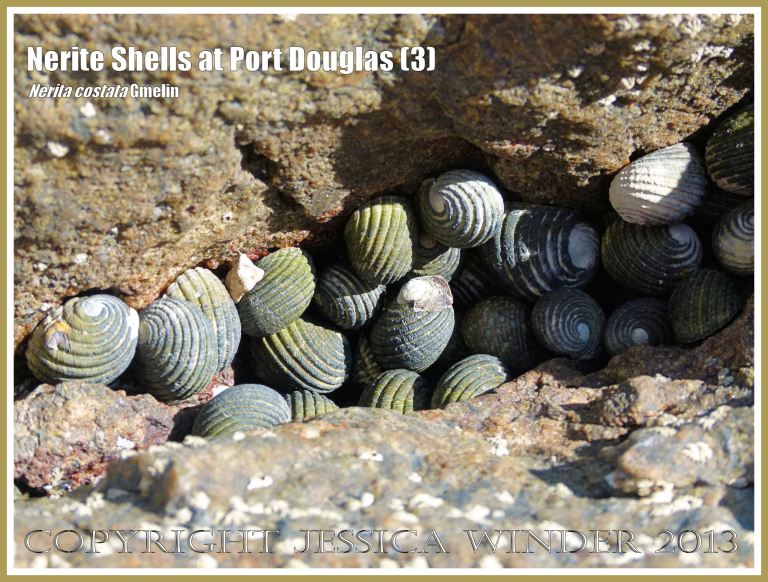 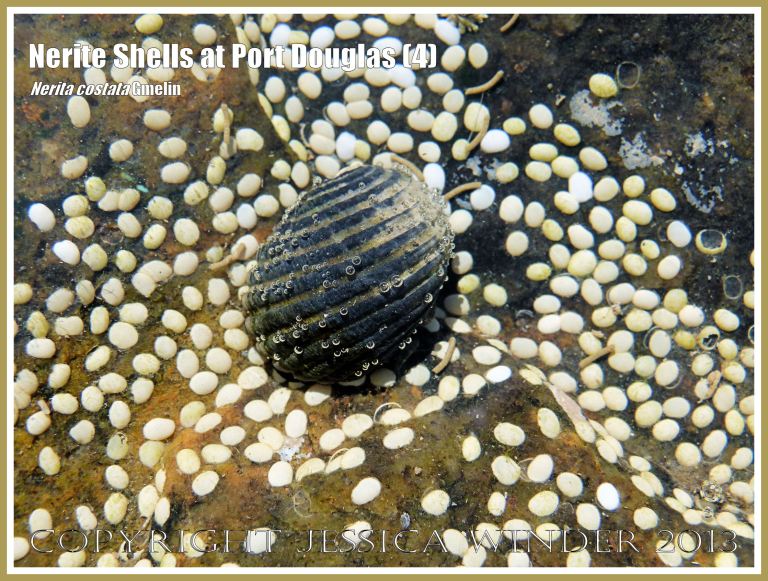 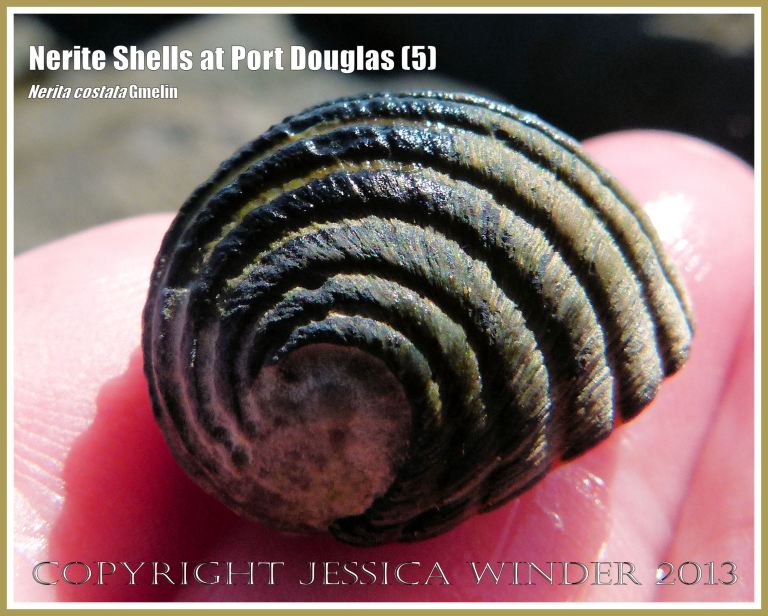 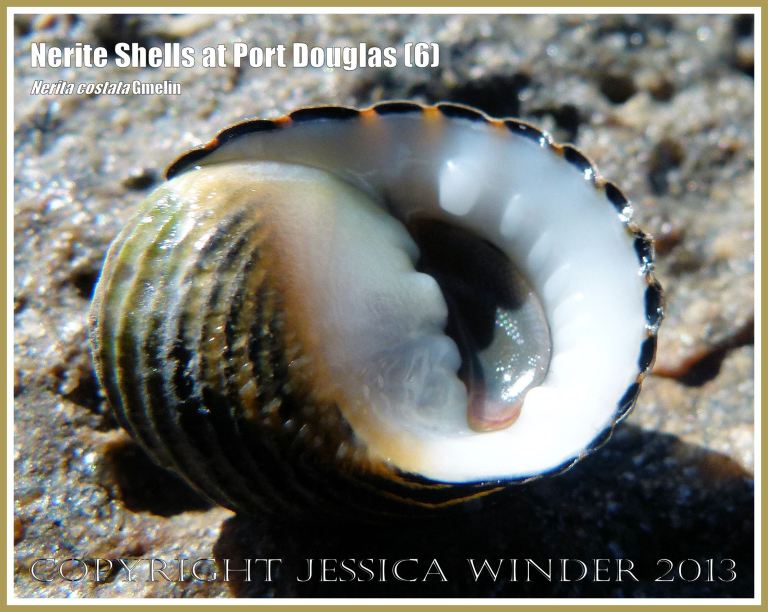