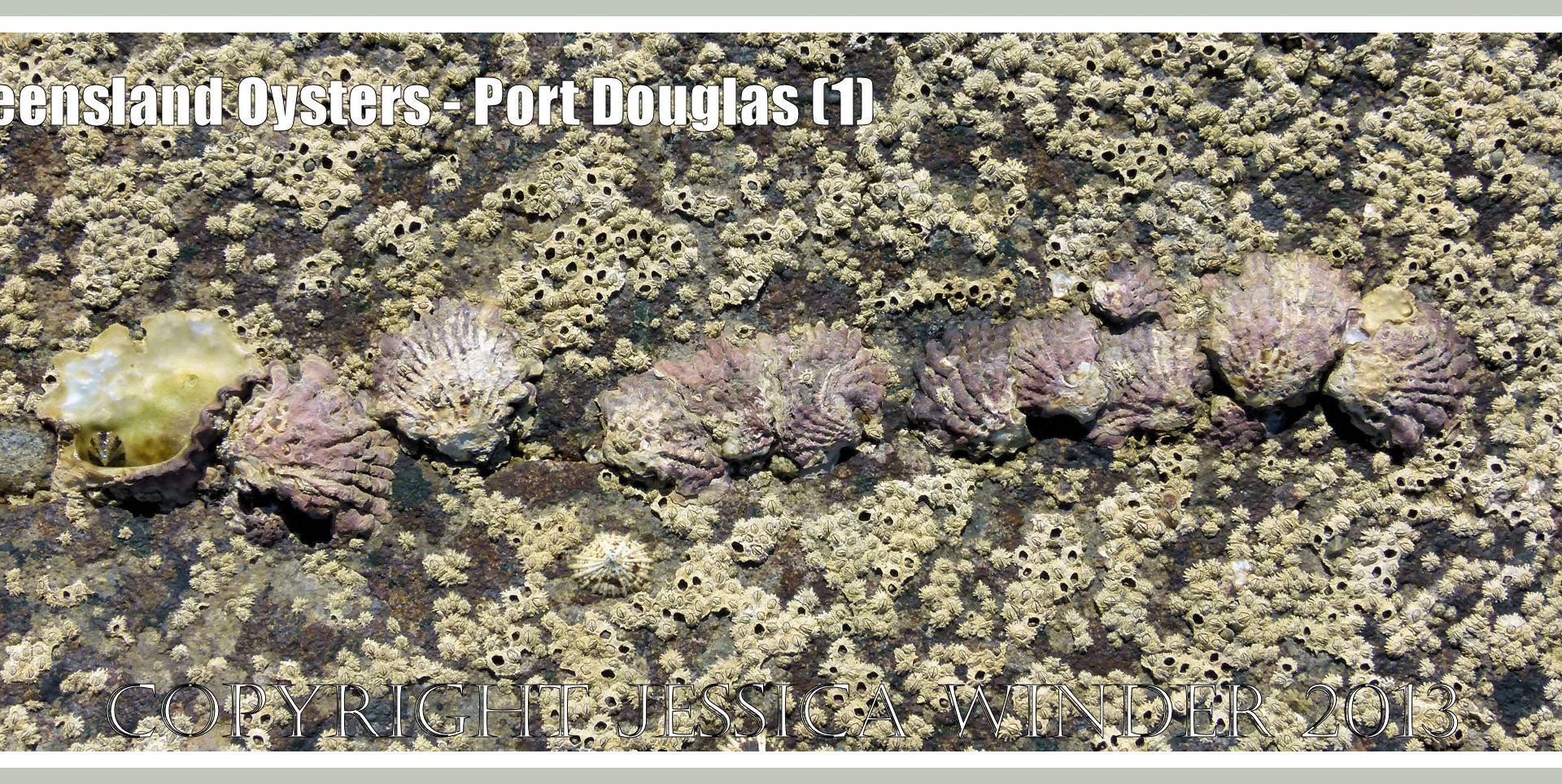 The oysters that I found on the rocks at the northern end of Three Mile Beach in Port Douglas were so different from the ones I had seen at Cape Tribulation that I wondered if they were oysters at all.

The identification of Rock Oysters of the Saccostrea Group in the Indo-West Pacific is a fairly hot topic and some very interesting work was completed a few years ago to try and sort out what is what. See the work of Katherine Lam and Brian Morton.

On the basis of shell morphology, I think the oysters illustrated in this post are Saccostrea mordax which are distinct from the other Saccostrea species in having regularly-spaced grooves radiating from the umbone to the ventral margin of the right valve, the triangular shell shape, and finely plicated valve margin (with regular m-shapes). The left valve is completely attached as in the other species of Saccostrea such as cucullata, glomerata, and kegaki which are all morphologically similar to each other with an oval, deeply cupped left valve and a smaller, relatively flat right valve with slightly plicate, raised margins.

The molecular study by Lam and Morton (2006), based on samples obtained from along the whole of the Australian coastline, clarifies what is known about rock oyster biogeography. The identification of the oysters shown here from Port Douglas tallies with the distribution of Saccostrea mordax that is now thought to have a range from the tropical eastern coast of Australia,  along the northern coast and throughout Western Australia. S. glomerata only occurs on the south-eastern coast of Australia on temperate shores from southern Queensland to New South Wales while S. cucullata shares the geographical range of S. mordax. One exception, based on someone’s personal observation – and not as a result of inclusion in the mitochondrial DNA work – is that putative S. mordax also occurs, but in much lower numbers, on shores dominated by S. glomerata around Moreton Island and Sydney. 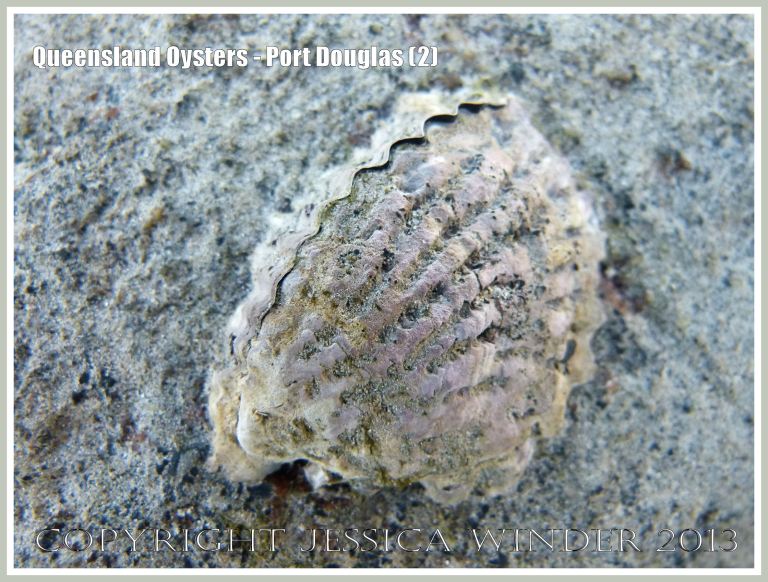 5 Replies to “Wild Oysters on the Queensland Coast Part 2”