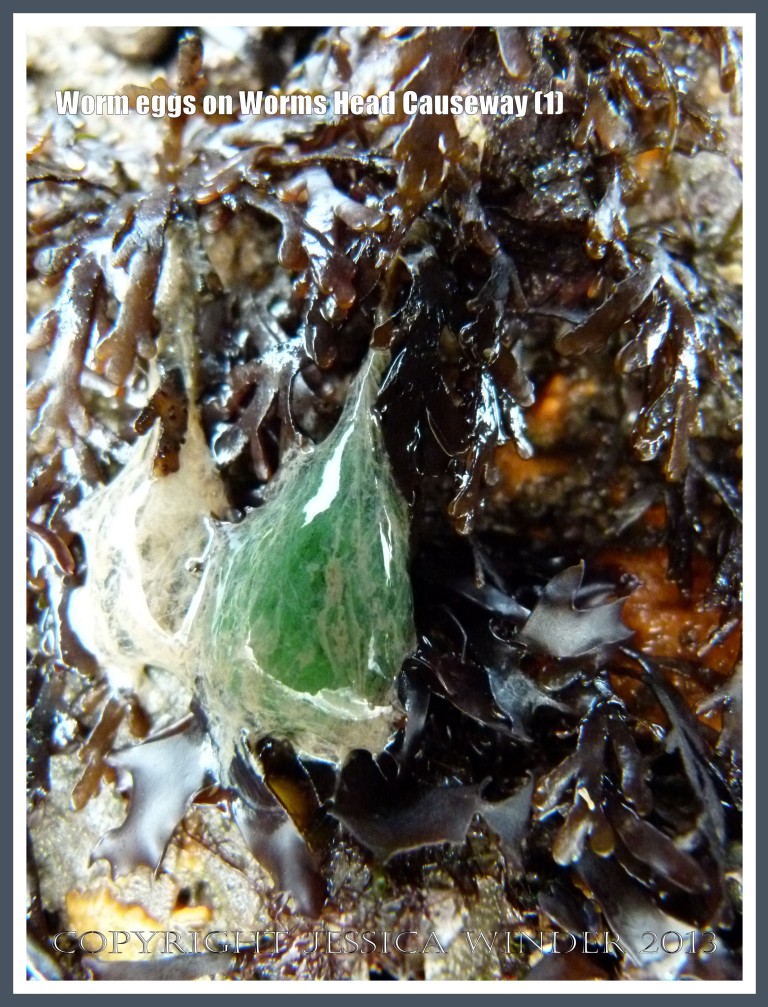 Their were small green slime balls everywhere on the Worms Head Causeway last week. They were attached to seaweeds, rocks, and shells, either exposed to the air or in shallow tide pools. We thought at first they were the eggs of the marine polychaete paddle worm commonly called the Green Leaf Worm (Eulalia viridis (Linnaeus) – but we didn’t see any adults of that species in the locality.

We did find lots of specimens of a related species which I believe to be Phyllodoce (Anaitides) maculata (Linnaeus). These worms were slithering over mussel shells and wriggling over rocks in pools. Their appearance was most distinct. I couldn’t take any underwater close-ups but the images I captured are just about good enough to zoom in to see the characteristic appearance and patterning. I did not take any specimens to view under the microscope to confirm the identification by looking at details such as the proboscis, tentacles, and paddles. Maybe I should take specimen tubes with me and do that another time.

Unlike the bright green Eulalia viridis, the worm P. maculata is not green in colour but is described as whitish or yellowish with transverse dark brown bands. It can, however, produce green eggs as well as dark orange ones. 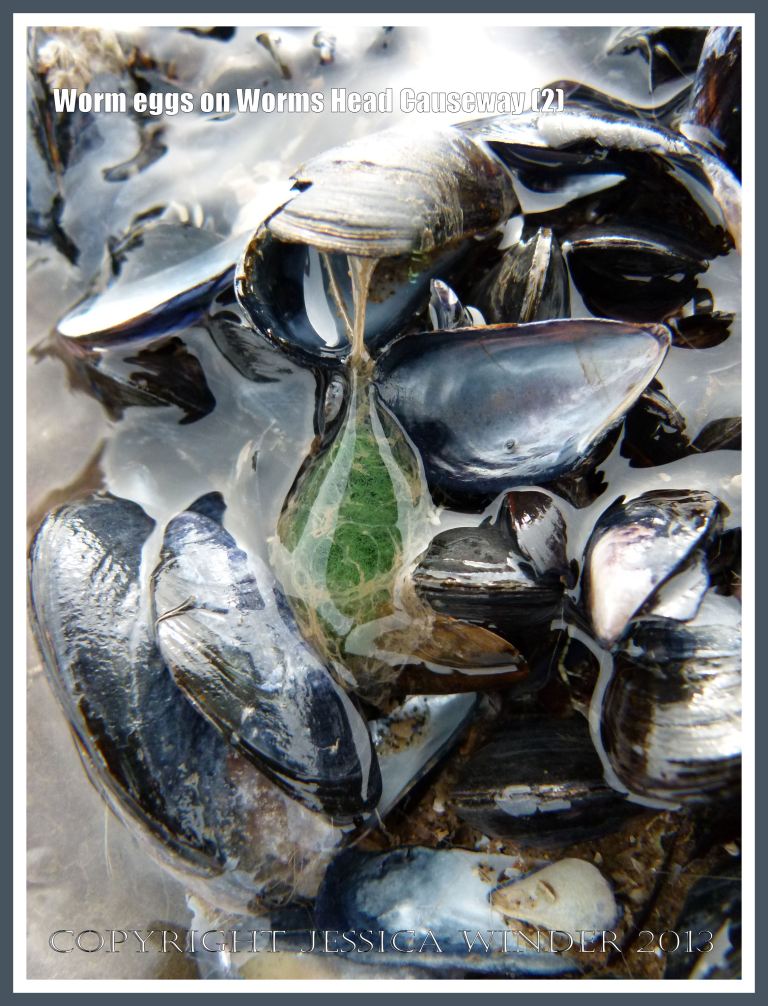 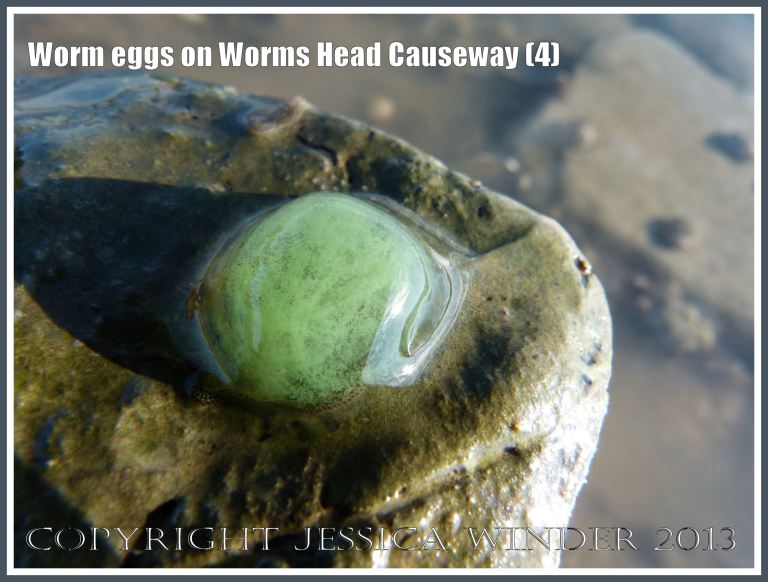 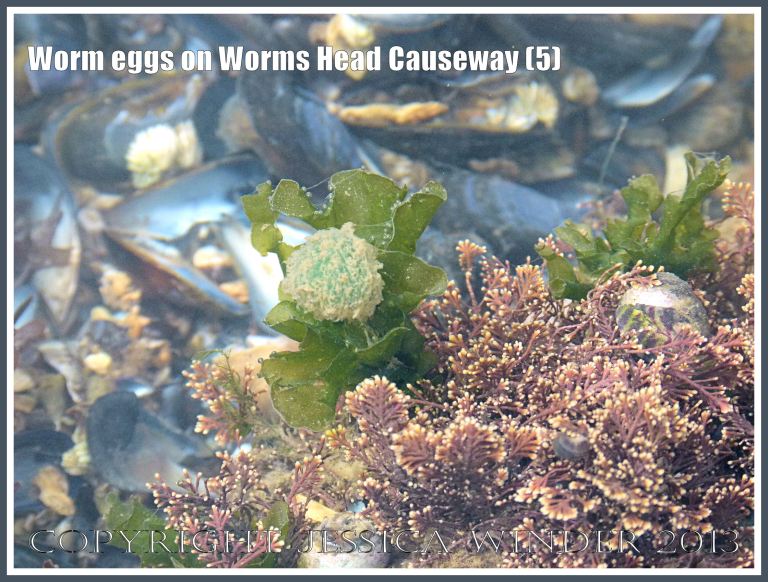 2 Replies to “Worms & their Eggs on Worms Head Causeway”