This lovely creature is a dragon, a real life dragon, but it is only 15 cms long – not including the long tail. It has a large head and eyes. Spines ornament its back and throat. White ossicles stud the skin of the cheeks. The first three photographs were taken in a wildlife habitat conservation and display area in the Daintree, and show Boyd’s Forest Dragon, Hypsilurus boydii, in captivity. These lizard-like reptiles are masters of disguise, clinging motionless in a vertical position on the trunks of trees, waiting for unsuspecting prey. If they become aware that they have been observed, they sidle round the tree out of sight again. The male of this species has a large bright yellow flap of folded skin beneath its chin, a dewlap, that it can extend and flash like the opening of a fan, when it is disturbed by predators or another male.

The last two images show another species of dragon which I spotted out in the wild, in its natural habitat, and photographed from the window of a moving tour vehicle. It has a scaly skin but this one doesn’t look so spiny. However, the folded yellow skin around its neck  is more noticeable and must make a spectacular display when it is raised in alarm. 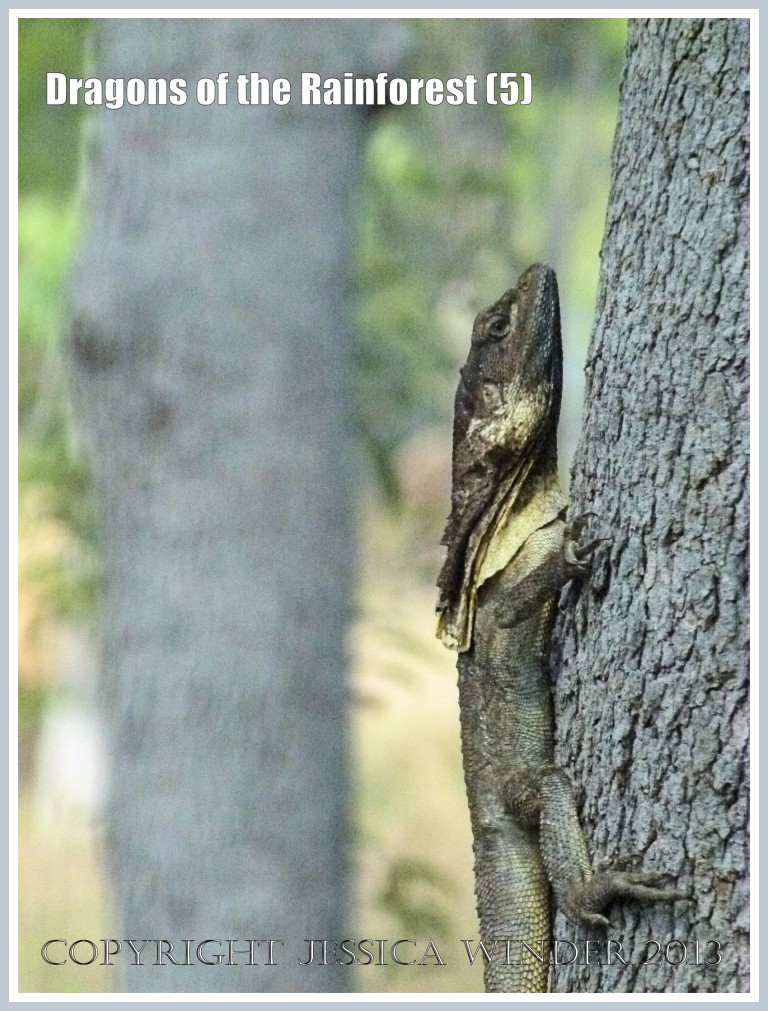