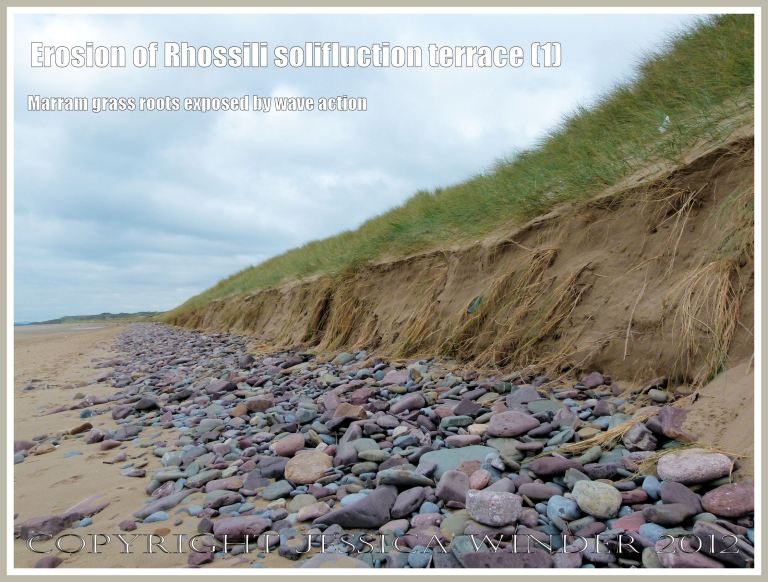 These images show how a combination of high tide and strong wind action in October 2012 caused waves to erode away the deposits at the foot of the solifluction terrace which is attached to the seaward side of Rhossili Down at the end of the  Gower Peninsula.

Roots of the Marram Grass, about a metre long, have been exposed along extensive tracts as the sand which it had been consolidating has been washed away. A wider belt of pebbles is also revealed where the former gradual slope of accumulated sediments has been cut back to form a near vertical low face about 0.5 of a metre high.

This erosion process is a continuation of one that has been taking place at this location over thousands of years. The solifluction platform or terrace, when it was first formed, extended as a vast apron of sediments far out into the bay. Now the terrace is reduced to a relatively narrow platform at the base of Rhossili Down on its seaward side. 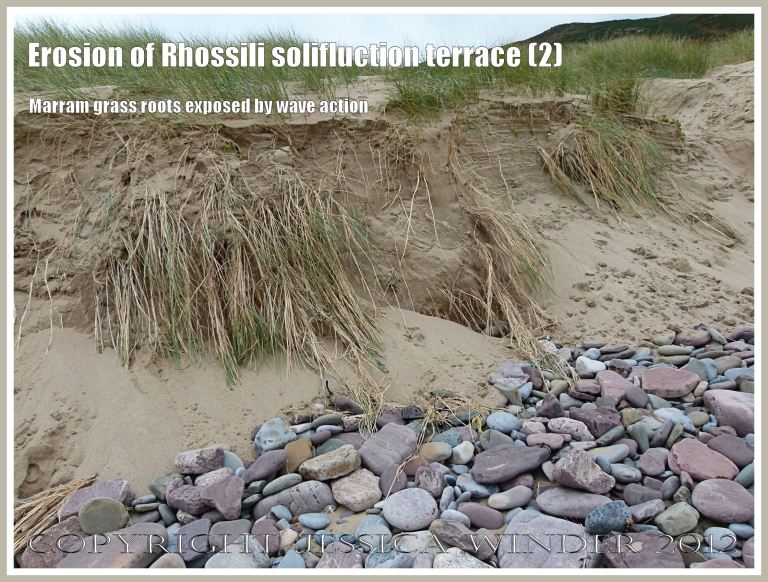 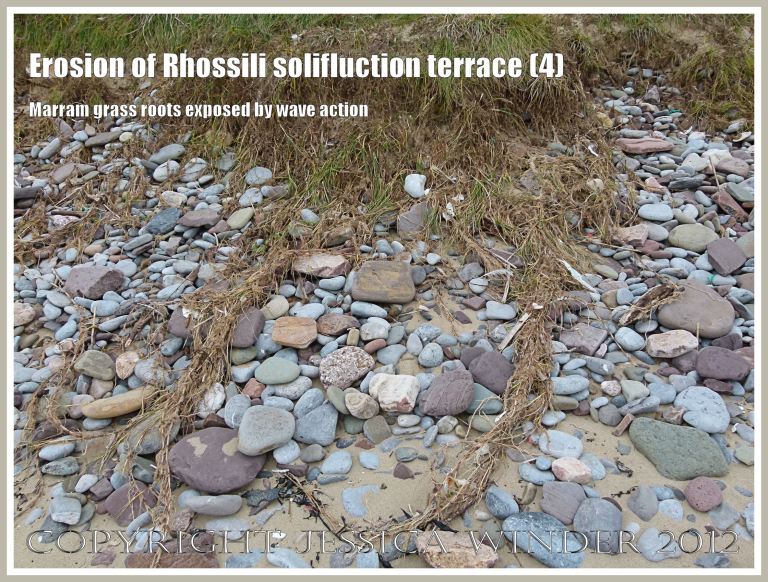 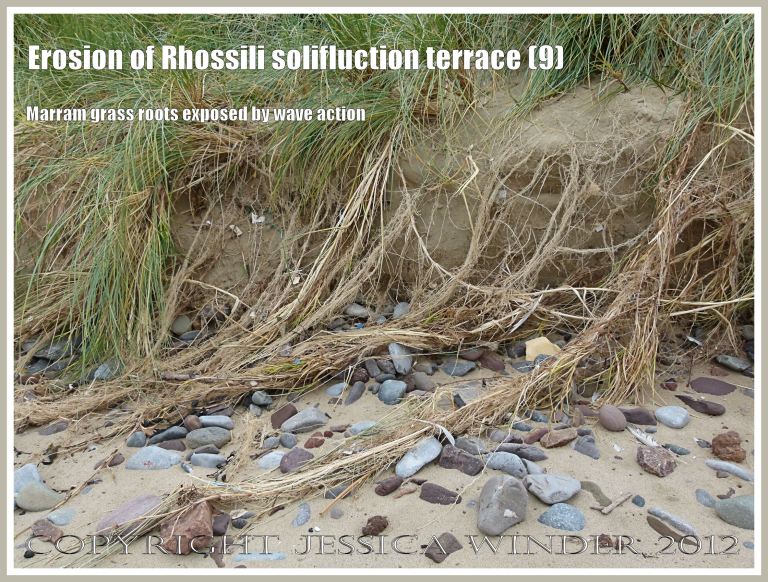 2 Replies to “Erosion of Rhossili solifluction terrace by wave action”