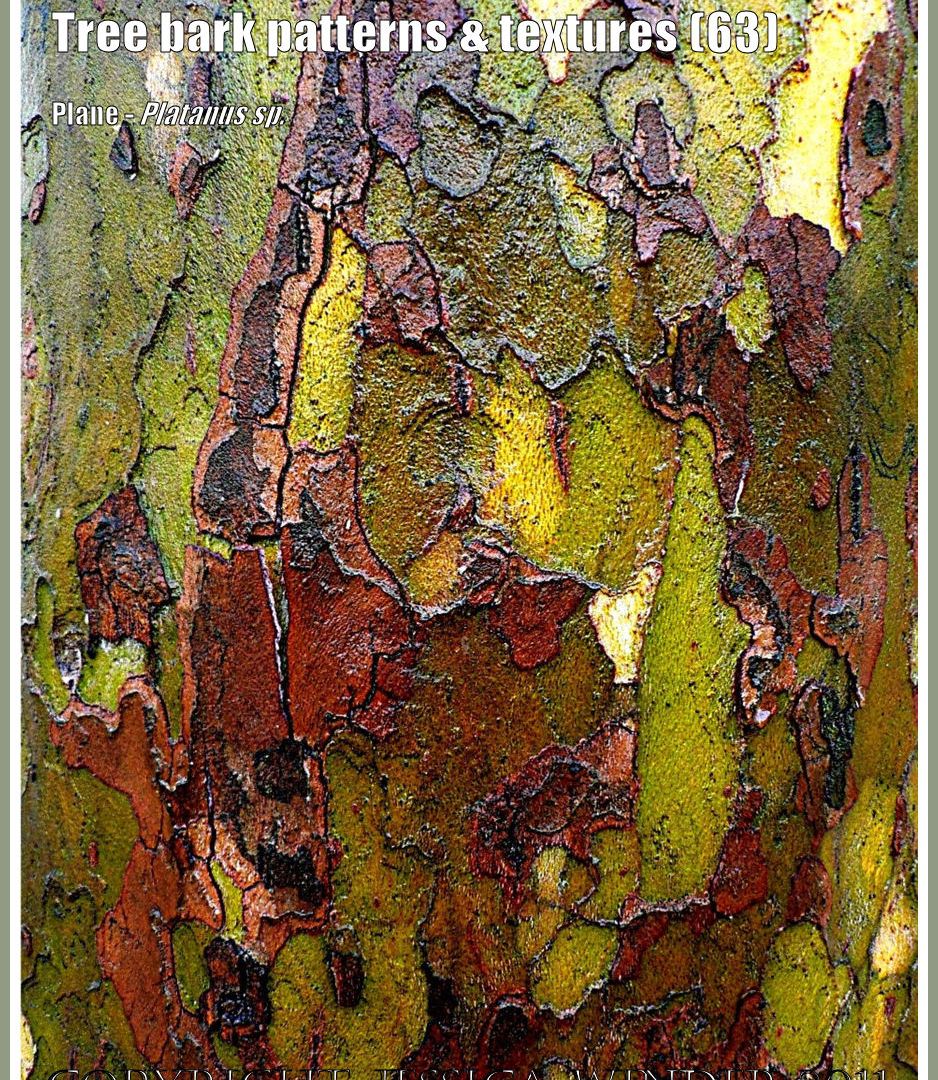 Bark patterns and textures in the Plane tree. I am always looking for interesting patterns, colours, and textures wherever I go – particularly in all things natural. The Plane, usually the London Plane Platanus x hispanica (x acerfolia) is a very commonly occurring source for these features and is found in many streets and parks. I love the ever-changing appearance of the bark on Plane trees. They seem to be constantly shedding their bark. It is supposed to be a way of the trees getting rid of toxins – so Plane trees are perfectly adapted to urban environments where pollution levels are generally high.

The colour of a piece of bark depends on how new or how old it is – plus how wet or dehydrated it is. The newer basal lyers are more green or yellow, and the upper flaking pieces are browner. The lowermost layer of bark is superficially smooth but a close inspection reveals miniscule finger-like projections that are responsible for pushing away and detaching the layer above them. The upper layers of bark are rough and crusty.

The overall effect of the bark renewal process in Plane trees is a kaleidoscopic, multicoloured, and variably textured mosaic pattern.

Unfortunately, The London Plane in the UK is currently threatened by the Massaria fungus which has been found in as many as one of five mature trees in London’s royal parks, and one in twenty  in Islington North London. This fungus lives symbiotically in the trees where it normally helps the trees to ‘self-prune’ but now a gradual drying up of the soil in which the trees grow (drought stress) has led to an imbalance in the relationship between the fungus and the tree – so that it has now become pathogenic. The activity of the fungus causes large main branches to dry out, splinter, and fall, in as little as three months from infection, creating a major potential danger. At the moment there are plans for a radical pruning of affected trees. [Source: Tree fungus shakes reign of London plane by Howard Swains in The Sunday Times 09.10.11] 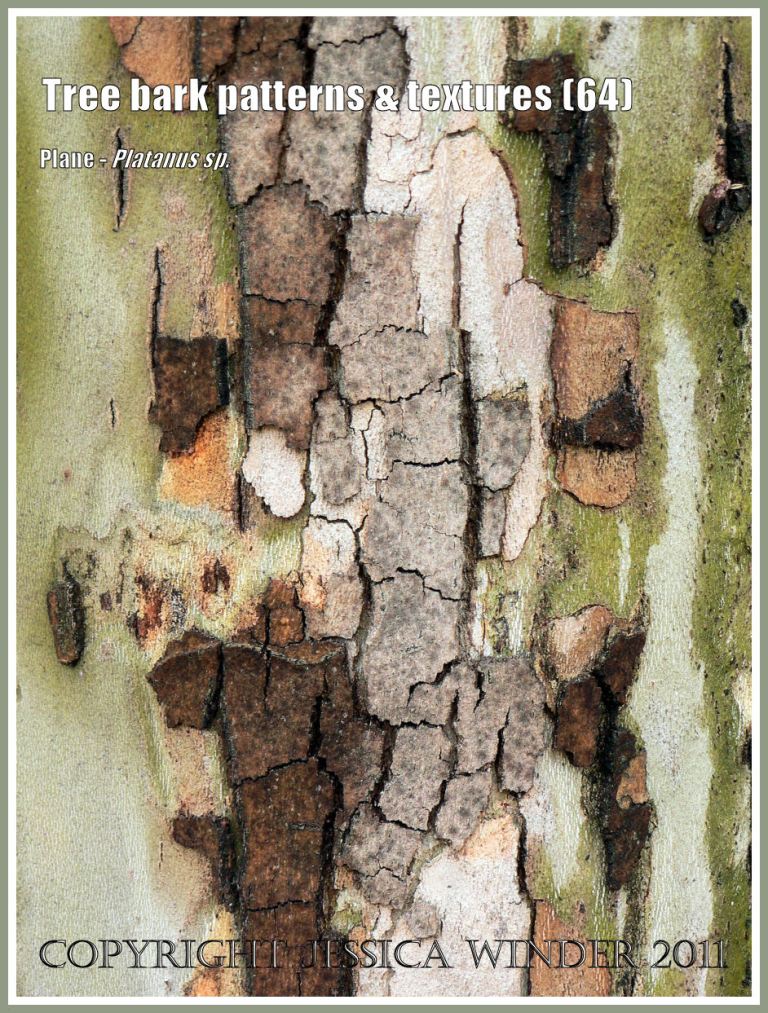 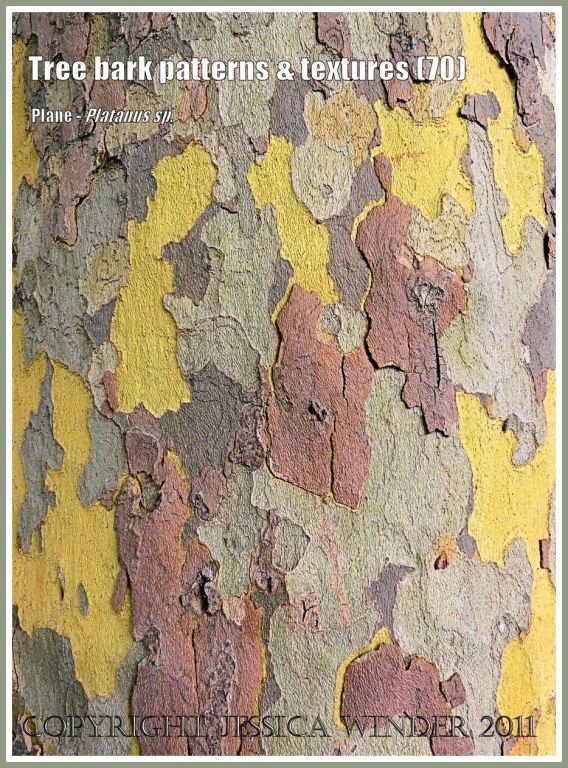