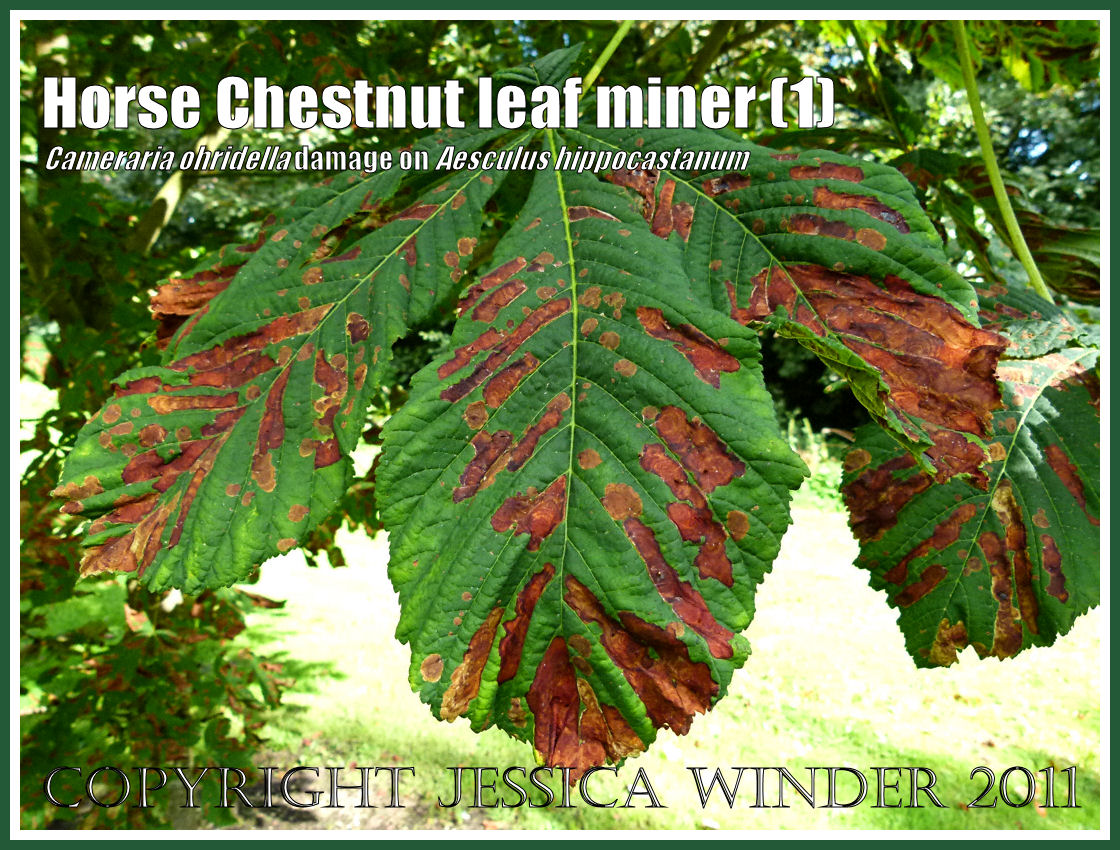 Where I live, there are lots of Horse Chestnut trees (Aesculus hippocastanum). In recent years I have noticed that the leaves are often disfigured with orange-brown dry patches. They start to appear in the early summer and grow more extensive as time passes. The contrasting colour and pattern of these markings is quite striking against the bright green of the unaffected leaf.

It seems that these strange markings are the result of damage caused by  the leaf-mining caterpillars of a moth (Cameraria ohridella) which is an alien species in the UK. This species of moth originally comes from Macedonia in Northern Greece but has been gradually extending its natural range further and further northwards across Europe. Maybe this is related to the increasingly milder weather that is being experienced by these countries.

The damage caused by the activities of the Cameraria ohridella caterpillars was first noticed along the southern edge of Wimbledon Common in London in 2000 – 2001. Since that time the moth has spread across most parts of southern England including Dorset.

The larvae live in the narrow space between the upper and lower surfaces of the leaf. They gradually eat their way forward, creating long passages between the large veins, depositing waste, and  killing that part of the leaf – which then turns brown. You can sometimes see fine concentric patterns within these marks, representing the way the larva moves its head and jaws from side to side as it eats. The patterns remind me of the trails that limpets make as they graze algae from rocks.

The final image in this post is a short video clip showing the outline shapes of some of these minute leaf-mining caterpillars moving around inside a Horse Chestnut leaf – seen when the leaf was held up against the light. 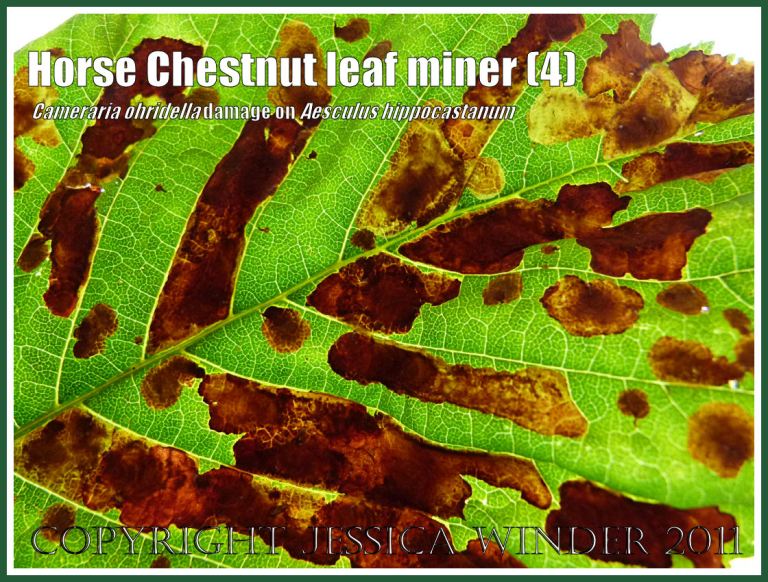 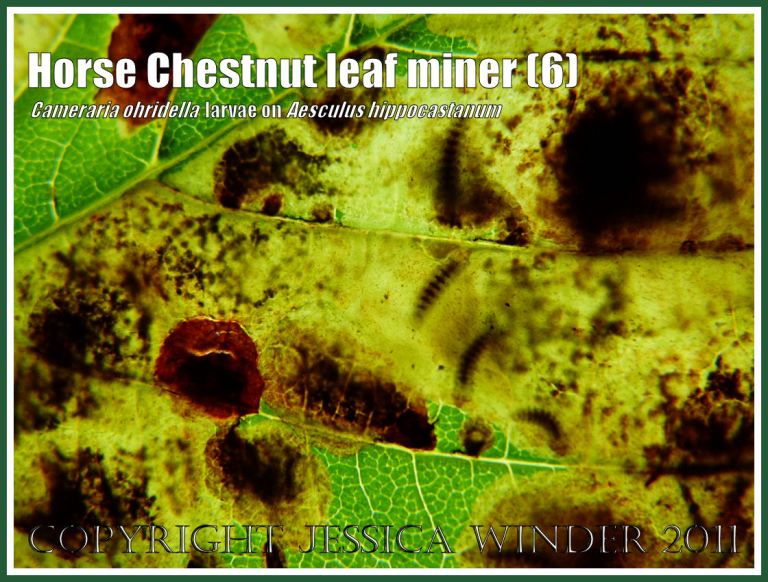