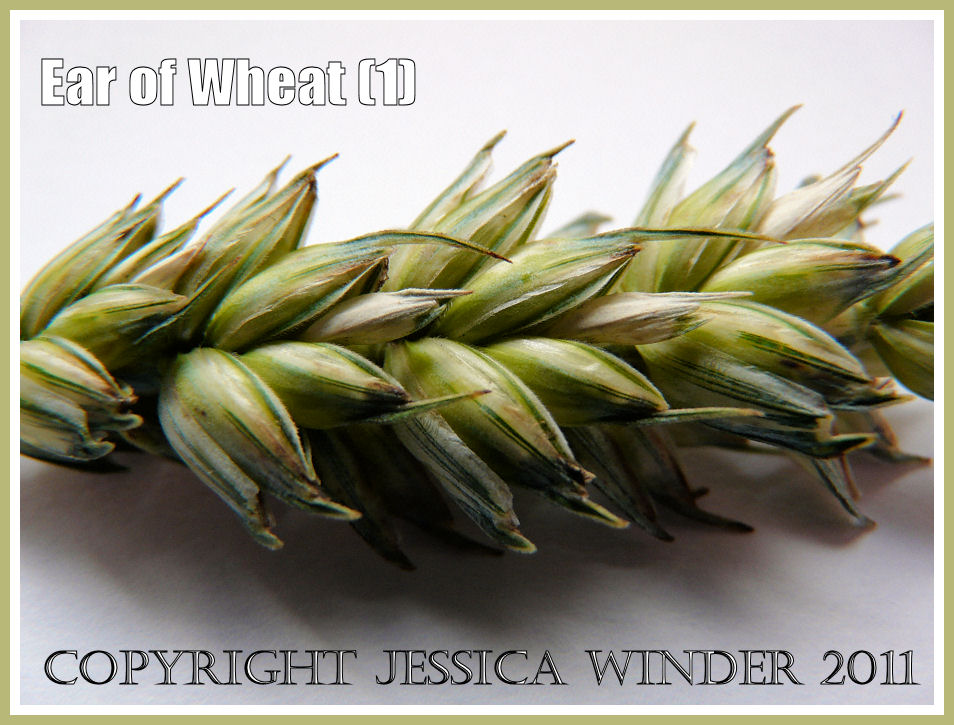 Wheat is a grass. Grasses are the most abundant and important of flowering plants. Whether growing naturally and unimproved, or artificially developed and grown as a cereal crop, they are a major source of food for animals and people alike. Not only the seeds but also various other parts of grasses and cereal crops have myriads of uses.

The grain from wheat, barley, oats, and rye, for example, is nutritionally valuable and used as a major component of many familiar foodstuffs like bread, pastry, and pasta, as well as alcoholic drinks like beer and spirits. Grasses such as citronella and lemon grass yield aromatic oils by distillation.  Less familiar uses for grasses and grains include the manufacturing of  goods like adhesives, cosmetics, plastics, and oils.

The ear of wheat, or the head of wheat as it is sometimes called, is the terminal part of the long leafy stalk that bears the seeds or wheat grains. Looked at from one angle, you can see that the grains are arranged in rows of upto four across the head. From another angle the wheat ear looks quite different because the rows of seeds are two deep – one row on each side of the stem.